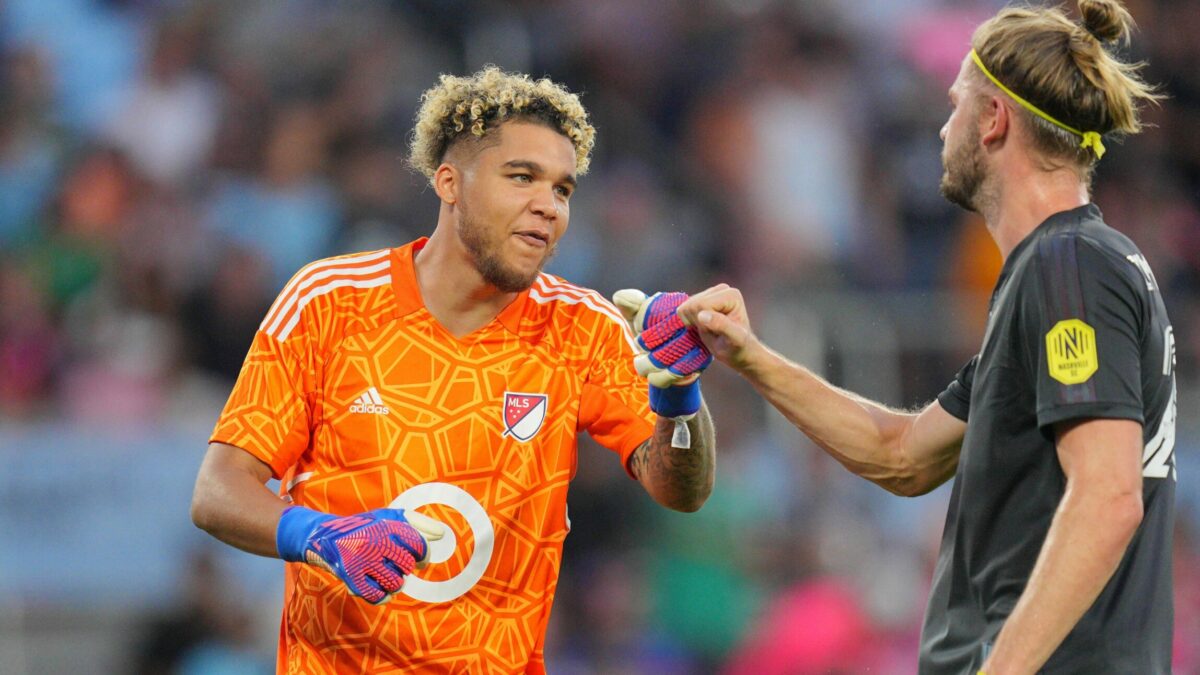 Minnesota United fans capped a memorable week as host of the 2022 MLS All-Star Game by watching one of their own players put on a game-saving show to help the home team win yet another match at Allianz Field.

Dayne St. Clair played a third of the match, sharing goalkeeper duties with Andre Blake and Sean Johnson, but his third of the match featured a handful of top-notch saves to keep the MLS All-Stars in control on the way to a 2-1 victory over the Liga MX All-Stars on Wednesday night.

Raul Ruidiaz’s 73rd-minute penalty kick wound up standing as the winner after Liga MX All-Star Kevin Alvarez scored a long-range blast for a consolation goal in the 83rd minute.

The night started impressively for the MLS stars, with the Los Angeles FC tandem of Diego Palacios and Carlos Vela connecting for an opening goal in the third minute. Palacios struck a perfect cross to a wide-open Vela, who headed it home.

The Liga MX stars found their chances, but struggled to put anything past St. Clair, who denied the visitors with a diving save just before halftime.

Ruidiaz made it 2-0 in the 73rd minute after New England Revolution playmaker Carles Gil was taken down in the penalty area.

The vocal contingent of Mexican fans in attendance finally had a reason to cheer late in the match when Alvarez unleashed a 20-yard shot past Sean Johnson in the 83rd minute.