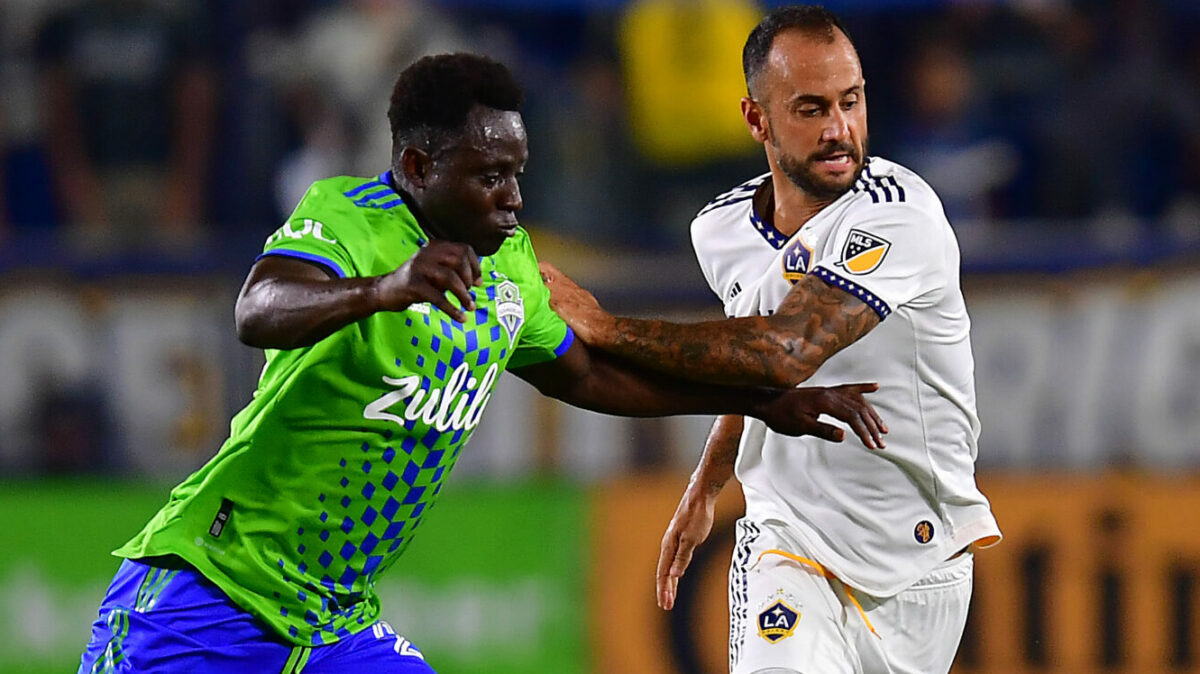 The L.A. Galaxy witnessed a second-half collapse at Dignity Health Sports Park against rivals Seattle Sounders, but used a stoppage-time penalty kick to escape with one point at home.

Dejan Joveljic’s 92nd-minute penalty kick goal helped Greg Vanney’s side tie the Sounders 3-3 in a needed result for both clubs. Despite conceding three goals in a 20-minute span in the second half, the Galaxy did enough to move to sixth place in the Western Conference.

Chicharito and Victor Vazquez both celebrated goals in the first half to give the Galaxy a 2-0 lead heading into halftime. Chicharito opened the scoring in the 10th minute, finishing Kevin Cabral’s cross into the bottom-left corner of Stefan Frei’s net.

Vazquez’s second goal of the season doubled the Galaxy’s lead before halftime as the veteran midfielder’s attempted cross from the right wing soared into the top-left corner.

The Sounders picked up their pressure in the second half and eventually swung momentum in their favor. Kelyn Rowe’s first goal of the season cut the deficit in half in the 53rd minute before Raul Ruidiaz’s header off of a Nico Lodeiro cross just eight minutes later tied things up at 2-2.

Jordan Morris looked to have completed the comeback for Brian Schmetzer’s side in the 73rd minute, finishing from close range to give Seattle a 3-2 lead. However, VAR was called into action in stoppage time and ruled in favor of a Xavier Arreaga hand ball to give the Galaxy a late equalizing opportunity.

Dejan Joveljic stepped up and scored his 10th goal of the season to give the Galaxy a share of the spoils. Riqui Puig made his Galaxy debut in the match, playing the final 28 minutes off of the bench.

The Galaxy is up to sixth place now in the West while the Sounders are in seventh ahead of Saturday’s heavy slate of matches.