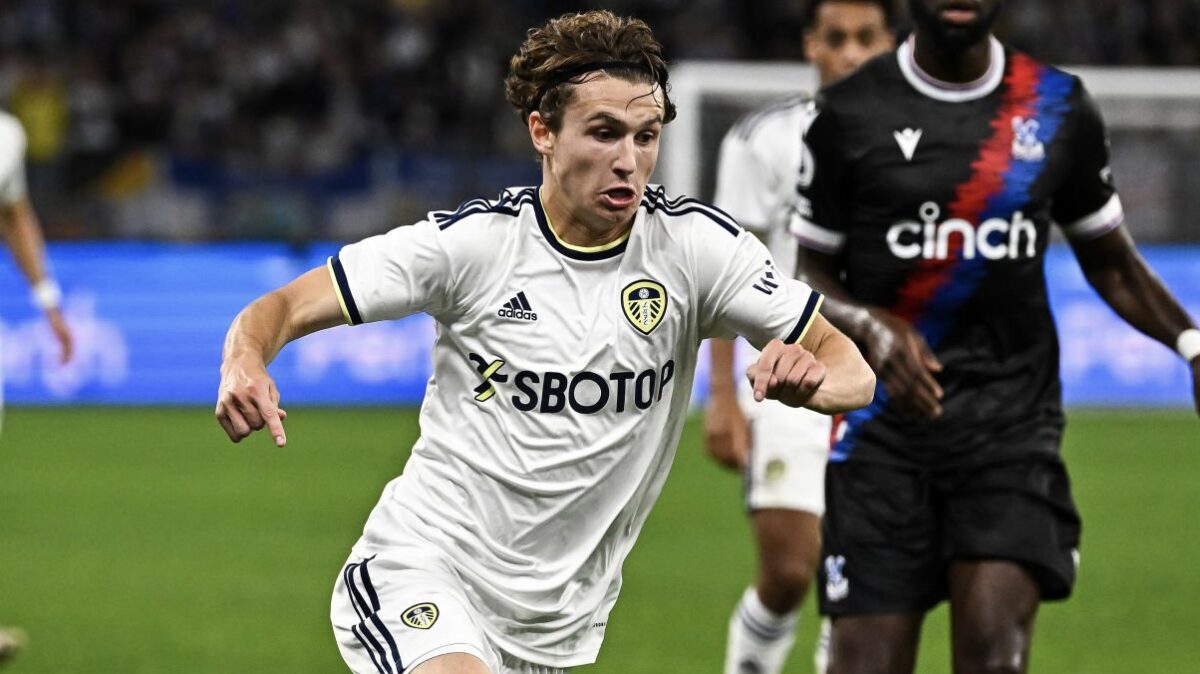 Jesse Marsch and Leeds United are hoping to reap the rewards of Brenden Aaronson’s rapid growth in Europe this season and with the new campaign set to get underway this weekend, Marsch is already liking what he sees from his summer signing.

Aaronson made the move to Elland Road this summer, ending a two-year stay at Austrian giants Red Bull Salzburg and reuniting with his former manager Marsch in Yorkshire. The U.S. men’s national team attacker is coming off a strong campaign in Austria, where he helped Red Bull Salzburg complete a second-straight domestic double, and also set career-highs in appearances (41) and assists (10).

With Leeds United aiming for a surge up the league table this season, Aaronson will be expected to hit the ground running, especially after a sensational 12 months for club and country. Aaronson is coming off a three-assist performance in Leeds United’s 6-2 friendly win over Cagliari on Sunday and will be supported by his fellow countryman in what will be his toughest challenge yet in Europe.

“He can be effective in a number of ways, even as a false No. 9,” Marsch said. “His work ethic is different than anyone I have ever known. His ability to cover ground and his intelligence and ability to adapt is one of the best I have ever seen. The league demands the best from people and it will demand the best from Brenden and he will know physically he will have to manage some situations.

“Coming out wide into the middle I think it suits him a bit better physically, but he is intelligent enough to play anywhere in our front four,” Marsch added. “He knows where to find space, he knows how to challenge opponents in behind and he is good around the goal. He has a lot of good qualities, he’s had a good preseason, and I know he’s going to get better.”

Aaronson was one of seven new signings for Leeds United this summer, joining fellow USMNT teammate Tyler Adams and former Red Bull Salzburg teammate Rasmus Kristensen in the squad. He appeared in preseason matches against Crystal Palace, Aston Villa, and Cagliari, showcasing his ability to distribute upfield and also get behind opposing backlines for scoring chances of his own.

Now with Leeds United aiming to kick off the 2022-23 campaign with three points at home on Saturday, Aaronson’s opportunity to lock down a consistent starting spot also gets underway.