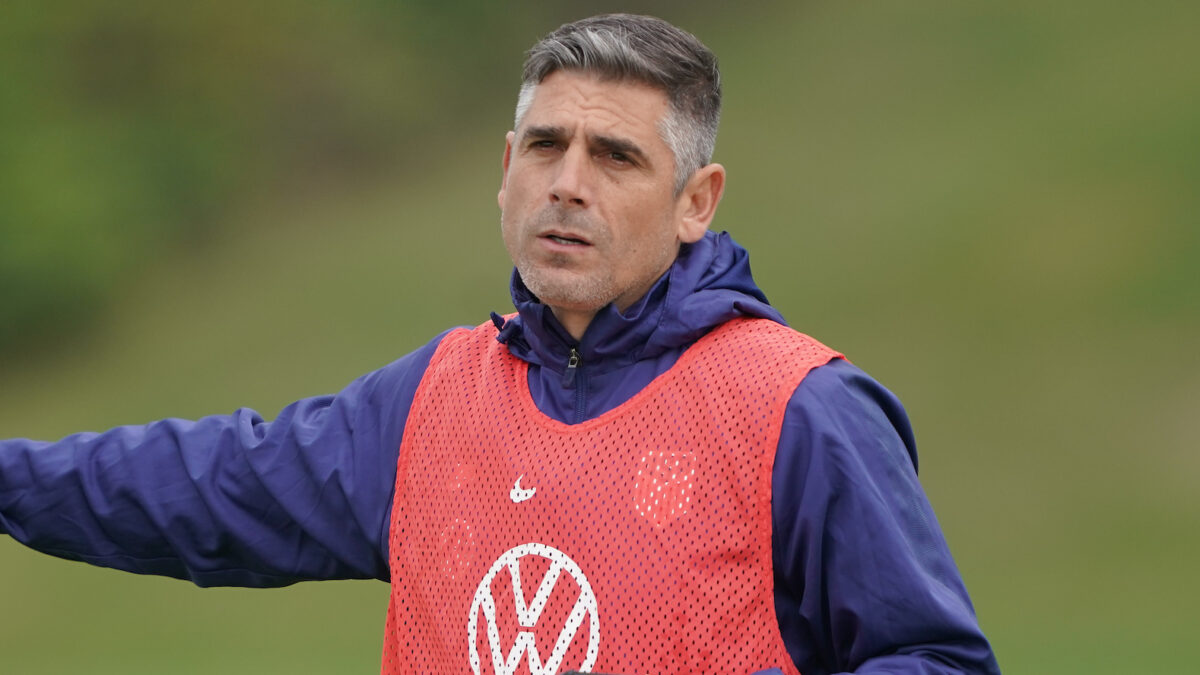 The San Jose Earthquakes needed a fresh start at head coach to truly get themselves back as a competitor in Major League Soccer and after finally finding their new man on Wednesday, the bar will be set high in 2023.

Luchi Gonzalez was hired as the Quakes new head coach this week, signing a deal to officially join the club following the 2022 FIFA World Cup. A current U.S. men’s national team assistant coach, Gonzalez will complete his time with the Americans later this fall in Qatar before shifting his focus back on MLS in January.

A former academy director and head coach with FC Dallas, the 42-year-old Gonzalez brings several years of MLS experience to the table and a new sense of urgency within the squad. Although his official role won’t begin on the sidelines until 2023, Gonzalez will support the upcoming decisions by the Quakes later this year.

“This is a moment that was maybe a little earlier than I expected, because my focus is US and the World Cup,” Gonzalez said in a conference call Wednesday. “But it’s flattering and honoring. The club were looking for a commitment, they wanted to know early who their coach would be so they could start to plan.

“They needed clarity….they needed time to prepare,” he added. “I understand the timing. I physically cannot be here until January, but obviously in the shadows I will support the growth and the process of planning for next season.”

The Earthquakes have a growing numbers of promising talents within the first team squad, including Cade Cowell, Niko Tsakiris, Cruz Medina, and Emi Ochoa. Cowell has continued to attract several European clubs during his Quakes career, while Medina, Tsakiris, and Ochoa are all U.S. youth national team players.

Gonzalez helped groom FC Dallas’ academy into one of the top programs in MLS and the opportunity to do similar things with San Jose’s is also part of his plans.

“I’m proud of my development background, I’m a product of that system,” Gonzalez said. “That will always be a part of me. Young players need support, nurturing and they need opportunities. They can do amazing things. I know that first hand, I’ve lived it.

“I lived experiences in Dallas and now understand the highest level of standards at U.S. Soccer,” Gonzalez said. “Those are standards I’m carrying with me as I grow. For me to be part of a project to grow and reach its potential, then there has to be a minimum standard of investment. Not just a minimum, but an ambition. I felt full commitment of that from leadership and ownership.”

The Quakes have only made the MLS Cup Playoffs in three of the past 11 seasons, advancing out of the first round only once during that span. While offseason acquisitions Jamiro Monteiro and Jan Gregus brought experience to the current roster, the Quakes have still struggled heavily throughout the 2022 season, currently sitting 13th in the 14-team Western Conference standings.

Jeremy Ebobisse is having a career-year offensively with 14 goals to date and will be a key piece for Gonzalez to build on. Jackson Yueill, Paul Marie, J.T. Marcinkowski are also key starters in the squad and will also be expected to lead into the future.

Plenty of roster moves will still be made by the time the Quakes step onto the field in 2023, but Gonzalez is already setting high goals for next season and what he expects from the squad.