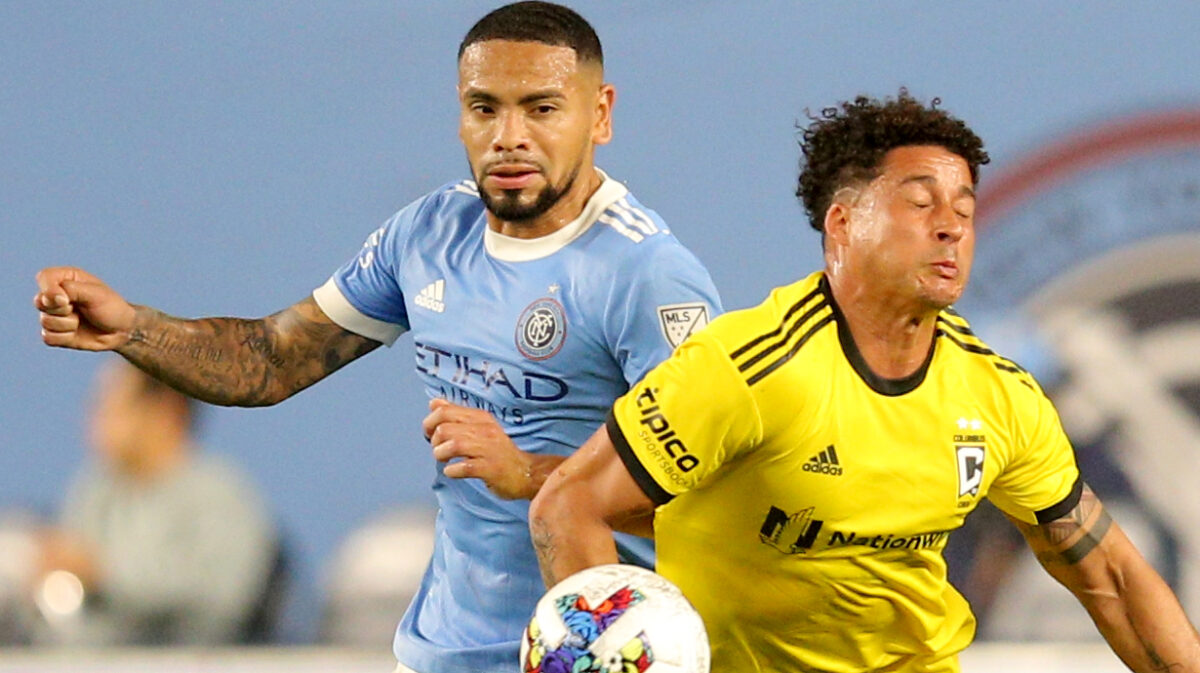 The Columbus Crew captured plenty of attention with their key signing of the summer, Cucho Hernandez, however with Caleb Porter’s side enduring a frustrating postponement last weekend and a difficult loss to CF Montreal in midweek action, a home matchup against a New York City FC team still in transition offers a chance to make amends.

The Supporters’ Shield race thickens, too, with Los Angeles FC traveling into a fortress in Rio Tinto Stadium to take on Real Salt Lake. The Philadelphia Union may be able to come within just a few points of LAFC, if it can handle Brandon Vazquez and FC Cincinnati at TQL Stadium.

Playoff battles further down the table offer drama, with Portland Timbers vs. FC Dallas and Colorado Rapids vs. Minnesota United representing key turning points for teams fighting to stay above the playoff line or enter the picture.

Here are the top matches to watch in Week 24 of MLS play.

The Crew and NYCFC have been two of the hottest Eastern Conference teams lately, but their most recent results injected some uncertainty. NYCFC barely earned one point in a scoreless draw against CF Montreal without a shot on goal, highlighting the challenge they face in replacing Valentin Castellanos’ scoring.

Caleb Porter’s team enjoyed a nine-match unbeaten streak that was dashed by a demoralizing comeback defeat to CF Montreal on Wednesday night. Plus, the postponement of last week’s match against Charlotte FC and a long weather delay Wednesday had to have been a difficult ordeal mentally.

This match could show which team’s problems are worse, or which team’s playmakers are better. The Crew enters with Cucho Hernandez hitting a cold streak, but it’s only been two games since he last scored. Talles Magno could naturally be expected to step up for NYCFC’s attack, but it’s been four games since the 20-year-old scored a goal or registered an assist.

Real Salt Lake has a big opportunity to regain its strength at home after losing its first home match of the season to FC Dallas last weekend. New RSL addition Danny Musovski will face his now-former team right away. RSL acquired Musovski in a trade this week, bolstering Pablo Mastroeni’s attacking options.

As for LAFC, Gareth Bale has worked his way up to fitness and into the starting lineup. A team that began the season looking like instant contenders has only gotten better, and now seeks its fifth-straight win.

Steve Cherundolo’s lineup decisions will be interesting in this match. He played several starters for 45 minutes in the midweek 0-0 Leagues Cup Showcase draw against Club America. LAFC goes into its third game in a 10-day span.

The Union’s 6-0 win over the Dynamo last weekend seemed like a declaration that Jim Curtin’s team is ready to mount a challenge to LAFC for the Supporters’ Shield. In this match, the Union face a slightly tougher opponent, but have the opportunity to exploit FC Cincy’s back line troubles.

The Union are peaking at just the right time, with the Red Bulls unable to make their own stamp on the Eastern Conference and NYCFC continuing to be in transition. A win in this match would show that the Union are edging closer to favorites in the East.

FC Cincy has gone more than two months without a win, but strong form from Brandon Vazquez and Luciano Acosta has allowed the team to at least pick up six draws from the last seven games. Matt Miazga’s reported arrival will help the back line, but not in time for this match. FC Cincinnati has conceded one goal or more in five of its last seven games.

Toronto FC injected new hope with the additions of Lorenzo Insigne and Federico Bernardeschi, but a 1.0 mark in the points-per-game category will not do. TFC is six points shy of a playoff spot, and needs better results, especially on the road, if Bob Bradley’s side wants to get into the playoff mix.

Nashville SC, meanwhile, is locked into a power struggle in the middle of the table in the Western Conference. This match pits a retooled attack against a stout defense led by Walker Zimmerman and new addition Shaq Moore, who put in a strong 90 minutes in Wednesday’s 1-1 draw at the Portland Timbers.

While Nashville’s home record is strong, TFC earned a creditable goalless draw against the Revolution last time out. TFC will also benefit from more rest, with Nashville traveling a long way to Portland for Wednesday’s game.

The Rapids showed some fight in a 5-4 comeback win over the Red Bulls at Red Bull Arena on Tuesday. Diego Rubio’s emergence, with 10 goals and six assists, has been invaluable for the team this year, and the Rapids bolstered the attack with the addition of another former Sporting Kansas City player, Felipe Gutierrez.

Minnesota United is on a seven-game unbeaten streak. A win for the Rapids would knock off a second top opponent in a row and reinvigorate Robin Fraser’s team’s efforts toward a playoff run.

Minnesota United remains out of contention with Austin FC and LAFC at the top of the Western Conference, but another win would solidify the possibility that Adrian Heath’s team could take third. The Loons have showed they can win without Emanuel Reynoso on the field, but this matchup against the Rapids, who have only two home losses, would show yet another dimension to a budding contender.