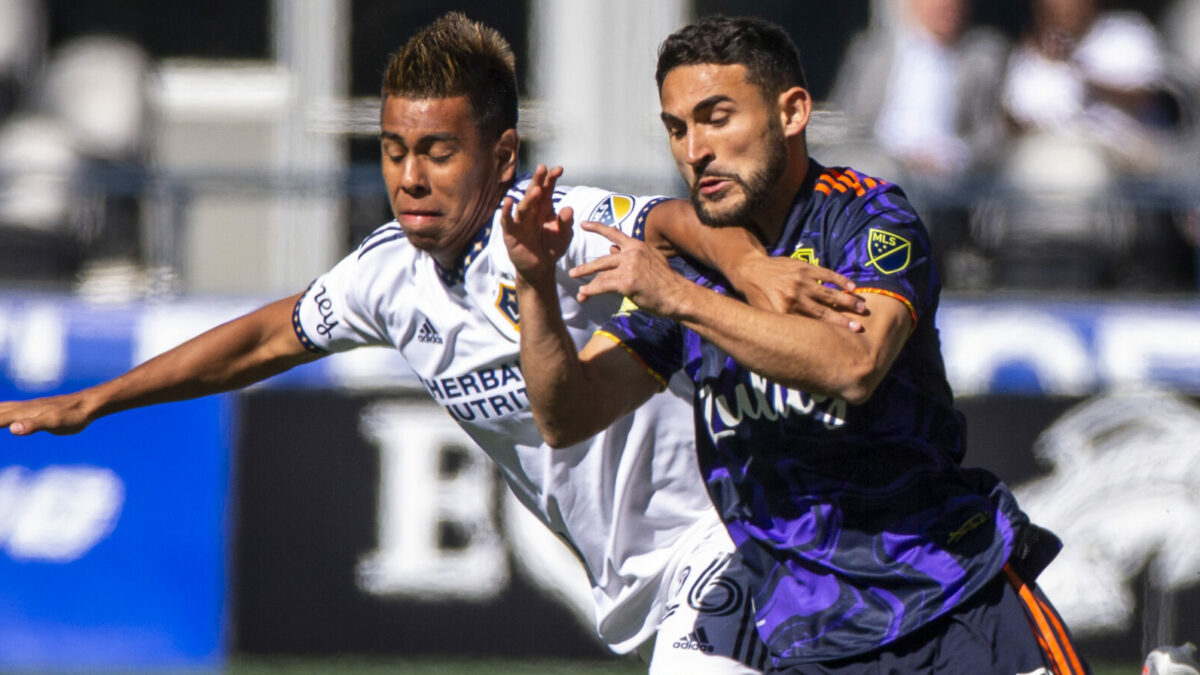 The Los Angeles Galaxy barely missed out on the playoffs last season, and Greg Vanney’s side heads into the final weeks of the 2022 season trying to prevent a repeat of the uncertainty it faced on the final day of 2021.

The Galaxy, ready to debut new midfield signing Riqui Puig, host the Seattle Sounders in a key matchup for both sides. The Sounders’ post-Concacaf Champions League struggles have seemed to turn from a long hangover to an emergency. If Jordan Morris, Albert Rusnak and the Sounders can muster some momentum this week, they may be able to turn things around ahead of the playoffs.

Here are the top matches of Week 26 in MLS.

The history between the Galaxy and Sounders runs deep, with both clubs among the most successful in American soccer. This matchup is crucial for each side though, with the Sounders struggling but still firmly in the hunt for a playoff berth and the Galaxy tied on 33 points with Nashville SC and the Portland Timbers.

The Sounders have only two wins in their last eight matches, and are struggling offensively, with Raul Ruidiaz still dealing with a lingering injury. The Sounders have lacked the killer instinct in the final third, and that showed in a 2-1 home loss to Real Salt Lake on Sunday.

The Galaxy did some serious retooling this summer. Big signing Riqui Puig will be available for his Galaxy debut since joining from FC Barcelona. New addition Gaston Brugman looks to provide some more stability in the center of the park and now that Rayan Raveloson has moved on to Auxerre, Samuel Grandsir is coming into form with two goals and one assist in his last three appearances.

Two of the most electrifying players in the league face off in this matchup as Minnesota United’s Emanuel Reynoso and Austin FC’s Sebastian Driussi go head-to-head.

Driussi leads the Golden Boot race with 17 goals, while Reynoso is Minnesota’s engine with nine goals and eight assists so far in 2022. Both players are coming off excellent performances last week, with Driussi scoring the winning goal in a 4-3 comeback win over Sporting KC and Reynoso assisting twice in a 2-1 win over Nashville SC.

Both sides have not fared so well defensively, with the Loons conceding seven goals in their last three games and Austin FC allowing six goals in two matches. If the Loons can keep up their excellent run in the second half of 2022, they could solidify a top-four spot in the Western Conference.

Two of the hottest teams in the league face off here, with both Toronto FC and Inter Miami going their last four games unbeaten. Former Napoli teammates Gonzalo Higuain and Lorenzo Insigne are set to meet, and both are enjoying outstanding form.

Both Bob Bradley and Phil Neville put emphasis on the midfield in their respective systems, and the battle in central midfield will be worth watching. Insigne’s ability to drop into the middle of the park is aided by Jonathan Osorio and Michael Bradley, while Gregore has proved to be a key player in the middle for Inter Miami.

Both sides enter this game continuing their mission to make the playoffs. Toronto FC is four points below Inter Miami, while the Herons are embroiled in a four-way tie in the middle of the table at 33 points. A win for TFC would very much further the conversation of whether the squad can grind out a playoff berth.

The Red Bulls’ home form has been poor all season, with Gerhard Struber’s side managing only three wins at Red Bull Arena. This week, FC Cincinnati presents a new challenge to the Red Bulls’ standing in the top four of the Eastern Conference.

Kyle Duncan’s debut for the Red Bulls last week did not go smoothly, but Duncan will likely be a big boost at right back going forward this season. The Red Bulls’ central midfielders Cristian Casseres Jr. and Dru Yearwood will be tasked with stopping Cincy playmaker Luciano Acosta.

Brandon Vasquez is hitting his stride with five goals in his last five games for FC Cincy. The Red Bulls continue to struggle for attacking production, and have felt the effects of it with in three straight games without a win.

FC Dallas’ red-hot form contrasts with Nashville SC’s issues in this Western Conference matchup. Both teams rely fairly heavily on standout attackers, with FC Dallas hanging their hat on the performances of Jesus Ferreira and Nashville SC depending on Hany Mukhtar’s production.

It may be time for Gary Smith’s team to find another dimension going into the attacking third, with Mukhtar and CJ Sapong totaling 19 of the club’s 34 league goals so far. More than one month without a win has exposed Nashville’s lack of depth and difficulty scoring.

Ferreira helped FC Dallas knock off Eastern Conference leaders Philadelphia Union on Wednesday as the USMNT striker notched his 15th league goal of the season. Paul Arriola has also excelled in his first season in Texas while Matt Hedges and Sebastian Lletget are two key pieces of Nico Estevez’s squad.