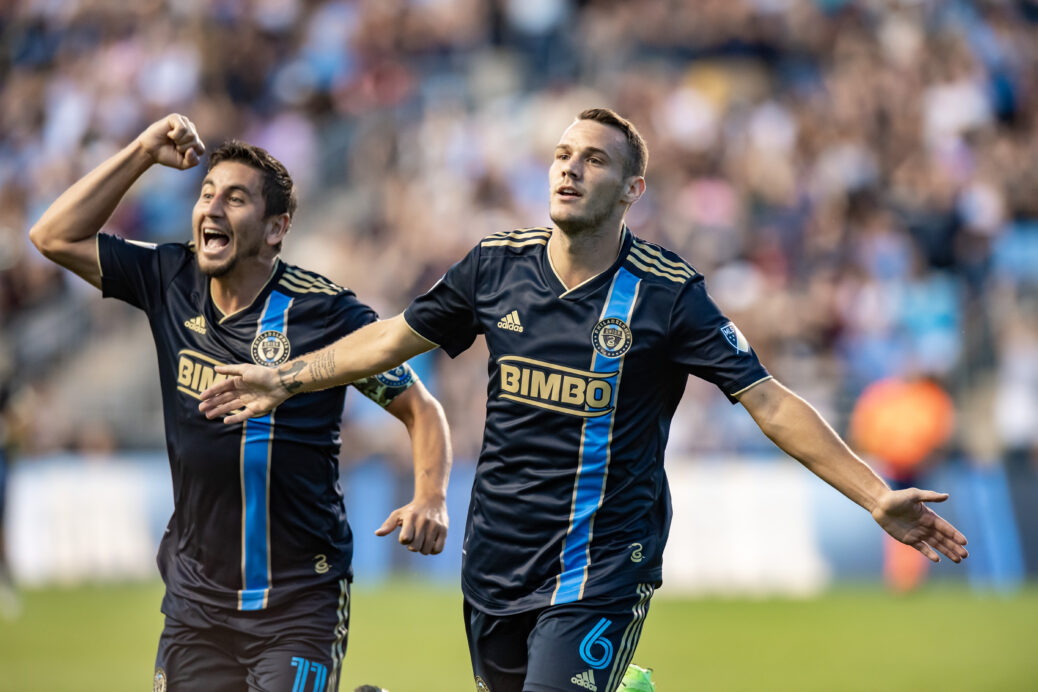 Another weekend of MLS action came packed with goals, with the Philadelphia Union, Los Angeles FC and Austin FC each winning to continue their dominance toward the top of the Supporters’ Shield standings.

The Union used another strong performance from Daniel Gazdag to show their strength, a week after losing to FC Cincinnati to snap a winning streak. LAFC showed no signs of slowing down, either, with a thoroughly dominant performance in a 5-0 home win against Charlotte FC.

Austin FC completed a comeback from a 3-1 deficit to win 4-3 against Sporting Kansas City. Sebastian Driussi scored deep into stoppage time to keep Josh Wolff’s side in contention for the Supporters’ Shield and to keep Driussi top of mind in the MVP conversation.

Here are the results from Week 25 in MLS.

Man of the Match: Emanuel Reynoso was the architect of the winning goal, embarrassing a defender and playing Joseph Rosales into the box. Reynoso also assisted the Loons’ first goal.

Moment of the Match: Alan Benitez scored in his second start since signing with Minnesota United in July. Benitez’ 75th-minute header was the winning goal.

Match to Forget: Walker Zimmerman will regret making a lobbed pass into the middle of the field, which led to an easy turnover and the Loons’ first goal. Zimmerman also wasn’t in position to clear the cross away for the Loons’ second goal.

Man of the Match: Andrew Brody did it all for Real Salt Lake on Sunday, scoring the winning goal and also delivering a strong defensive shift. Brody won all seven of his duels, completed four dribbles, and made two interceptions in the victory.

Moment of the Match: The Sounders piled on the pressure late at Lumen Field, but missed three key chances in stoppage time at RSL held on for three points.

Match to Forget: Yeimar Gomez struggled to deal with RSL’s attacking pieces, losing seven of his 12 duels and eventually being replaced in the 77th minute with the Sounders fighting for an equalizer.

Man of the Match: Orlando City central midfielder Cesar Araujo turned in a strong performance in defensive midfield. Araujo won seven duels and made one tackle with 91% pass completion.

Moment of the Match: Facundo Torres found plenty of space and finished past Carlos Coronel in the 17th minute.

Match to Forget: Lewis Morgan had a few chances to score for the Red Bulls, but he couldn’t put two volleys on target, which might have gone in had they troubled Orlando goalkeeper Pedro Gallese.

Man of the Match: Thiago Almada powered Atlanta United to earn an away result. His goal in the first half will be remembered as one of the best goals of the week, and he started the play that led to Andrew Gutman’s equalizing goal.

Match to Forget: FC Cincy centerback Geoff Cameron failed to intervene on the play that led to Gutman’s late goal to take a point. Cameron had the chance to make a tackle to prevent the final pass.

Man of the Match: Carles Gil bossed the match for the Revs, with nine of his team’s total 20 shots and four on target. Gil missed a few chances, but ultimately scored when it mattered.

Moment of the Match: Carles Gil punched the Revs into the lead in the 18th minute, scoring on a feed from Brandon Bye.

Man of the Match: Daniel Gazdag put the Union up early, and started the play that led to Cory Burke’s late goal. Gazdag continues to strike early to help the Union earn points.

Moment of the Match: Julian Carranza’s sweet chipped finish allowed the Union to take a commanding 3-1 lead early in the second half.

Match to Forget: Gaga Slonina will surely want to forget dropping the ball on the goal line while making a save on a corner kick. Jack Elliott punched the dropped ball in to put the Union up 2-0 in the 37th minute.

Man of the Match: Lorenzo Insigne scored the go-ahead goal, and also provided eight shots with five on goal.

Moment of the Match: Insigne scored with an incredible volley past Aljaz Ivacic to put TFC ahead in the 79th minute.

Match to Forget: Bill Tuiloma struggled to contain Insigne and couldn’t prevent Insigne or Bernardeschi from piling on pressure.

Moment of the Match: Pozuelo jumped on a misplaced pass in the 83rd minute to take all three points in a tight match.

Match to Forget: NYCFC’s back line was all out of sorts, but it was midfielder Alfredo Morales who made the critical mistake, whiffing on a pass to allow Pozuelo to score the winner.

Man of the Match: Sebastian Driussi had six shots with two on goal, and scored the winning goal in the fourth minute of stoppage time. Driussi would have also assisted Julio Cascante’s goal, if it weren’t for a deflection by a Sporting KC player.

Moment of the Match: Driussi completed Austin FC’s comeback by finishing off a set piece chance in which the ball bounced into the middle of the box.

Match to Forget: Ben Sweat had a rough showing. A weak header out of the box allowed Jon Gallagher to score Austin’s first goal, and Sweat held Danny Hoesen onside as Austin scored its third goal.

Man of the Match: Cucho Hernandez allowed the Crew to attack effectively in a difficult stadium. Hernandez had a goal and six shots, with two on target.

Moment of the Match: Steven Moreira’s handball stopped the Crew’s momentum and allowed the Rapids to save a point despite a poor home performance.

Match to Forget: Diego Rubio scored from the penalty spot, but he showed a complete lack of intensity in trying to stop Pedro Santos’ cross that led to Hernandez’ goal early in the game.

Man of the Match: Jesus Ferreira earned the early advantage with two goals. Sebastian Lletget also had a solid match, with two assists.

Moment of the Match: Jesus Ferreira took on several defenders for FC Dallas’ third goal, in which he showed off his speed and footwork to collect Paul Arriola’s pass.

Match to Forget: Quakes left back Paul Marie had trouble stopping Paul Arriola on the right side. He was easily turned by Arriola to lead to Dallas’ third goal.

Moment of the Match: Lasse Lappalainen showed his individual skill, creating a shot for himself and scoring to give CF Montreal three big road points.

Match to Forget: Dynamo defender Zarek Valentin was fooled by Lasse Lappalainen’s dribbling moves on the decisive third goal for CF Montreal in the 69th minute.

Man of the Match: Samuel Grandsir scored two goals, both with impressive finishes. Grandsir’s ability to finish slammed the door shut on a possible Whitecaps comeback.

Moment of the Match: Javier “Chicharito” Hernandez put the Galaxy convincingly ahead with his Panenka-style penalty kick in the 20th minute.

Match to Forget: Whitecaps defender Ranko Veselinovic committed a handball in the box in the first half, leading the Galaxy to take a two-goal lead.

Man of the Match: Jose Cifuentes continues to show his value to LAFC’s crowded attacking corps, with a goal and an assist before this match became a blowout.

Match to Forget: Anton Walkes was out of position to challenge Murillo’s header for LAFC’s first goal. Walkes also committed an own goal to finish the match.