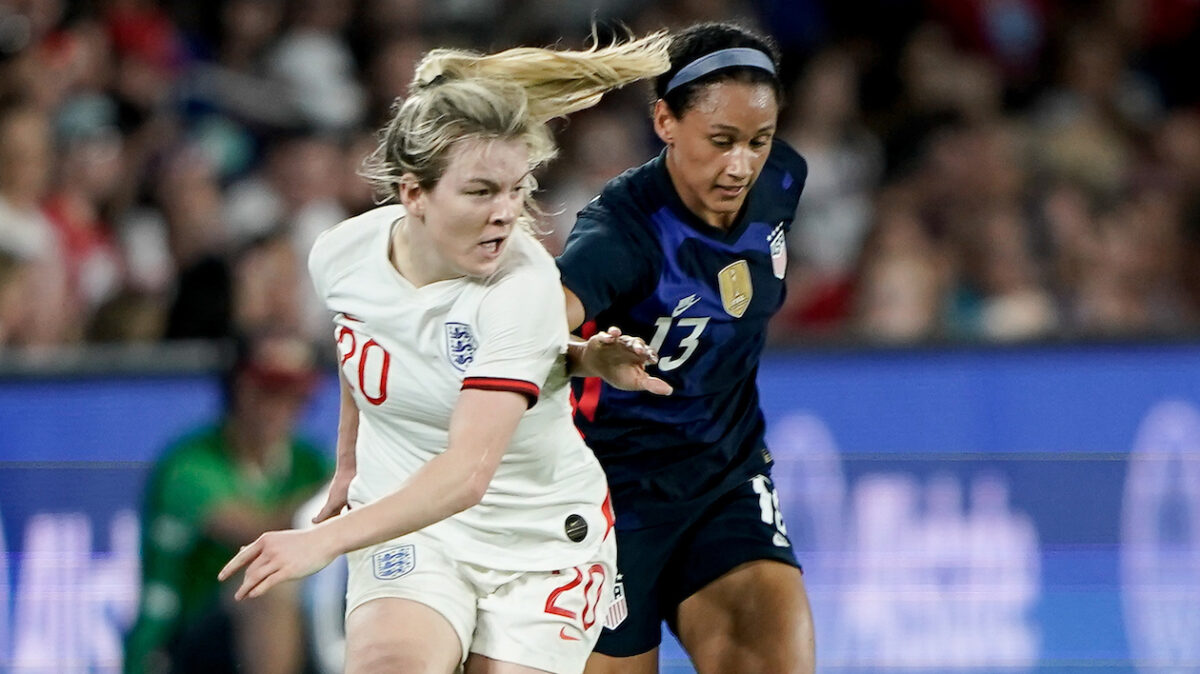 The U.S. women’s national team will travel to Europe for two international friendlies this October with one coming against the newest European champions.

“To get a chance to play the European champions in London at Wembley is an opportunity that doesn’t come around very often, so we’re all thankful that the match could be arranged, and we’ll be hoping that England finish their qualifying campaign in September,” said Andonovski.

“This is exactly the kind of match we need at exactly the right time in our World Cup preparations so we can test ourselves against a very talented England team,” he added. “I saw England play live at the Euros, and I’m looking forward to an amazing atmosphere at Wembley and another big event for women’s soccer on Oct. 7.”

England recently defeated Germany 2-1 in extra time at the 2022 Women’s EURO tournament in front of 87,192 fans. It was the Lionesses first-ever European title as Chloe Kelly scored the winning goal.

The USWNT-England match is subject to England securing its FIFA Women’s World Cup qualification during the September international window. The Lionesses need to earn one point away at Austria on Sept. 3, or failing that, three points at home over Luxembourg on Sept. 6 to clinch their 2023 FIFA World Cup berth.

It will be the USWNT’s first meeting with England since a 2-0 SheBelieves Cup victory in 2020.