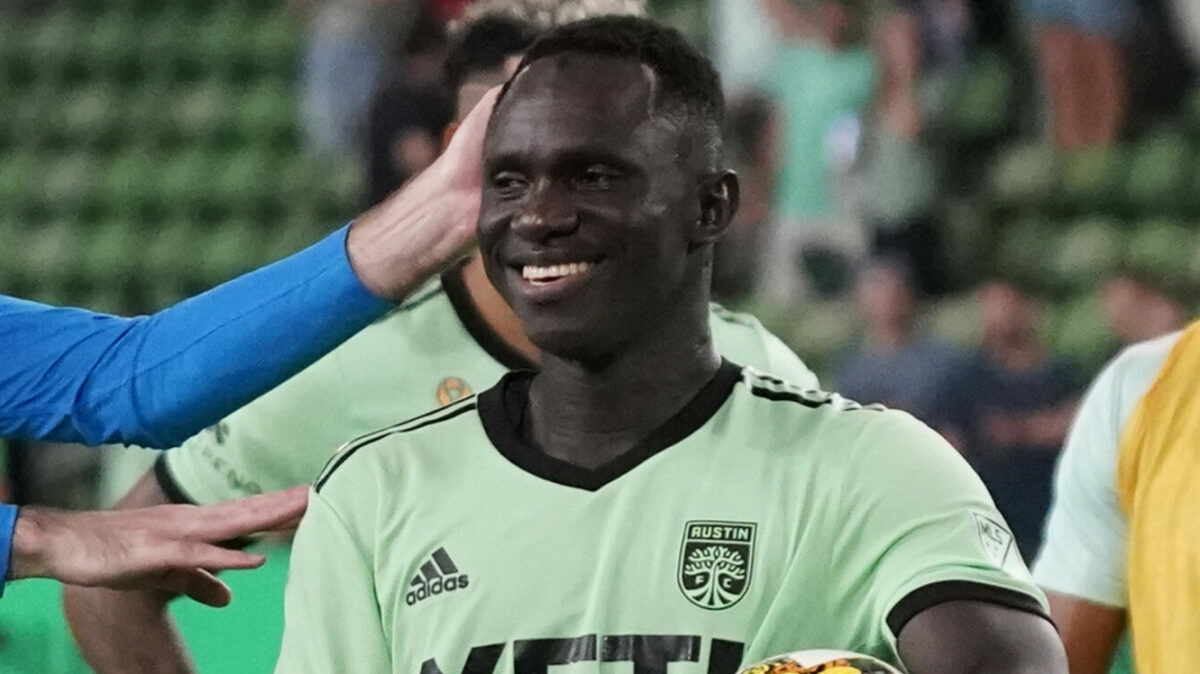 Moussa Djitte scored his first MLS hat trick as Austin FC claimed a 3-0 home victory over Real Salt Lake, punching their ticket to the playoffs later this fall. Djitte’s hat trick was completed in a 20-minute span for the Western Conference club, as the Senegalese forward came off the bench and impressed majorly.

The L.A. Galaxy’s push for a playoff berth took another major blow on Wednesday with Greg Vanney’s squad falling 3-0 at the Vancouver Whitecaps. It was the Galaxy’s 12th league defeat of 2022, moving them three points back of seventh place RSL in the Western Conference. Ryan Gauld, Pedro Vite, and Tosaint Ricketts all scored goals in the second half to help the Whitecaps snap a four-match winless run.

Diego Rubio and Keegan Rosenberry helped the Colorado Rapids remain the playoff chase as Robin Fraser’s squad defeated the San Jose Earthquakes 2-1 on home soil. Rosenberry’s second goal of the season came at an important time for the Rapids, which earned back-to-back victories for the first time since early-August.

A golazo from Carlos Vela provided what Los Angeles FC needed to earn a point at Allianz Field in St. Paul, Minnesota. However, LAFC drops points and moves out of the driver’s seat in the Supporters’ Shield race with the result.

Here is a closer look at this week’s MLS Results:

Moment of the Match: Djitte’s third and final goal of the night truly killed off any chance for an RSL comeback and gave the Man of the Match his hat trick.

Match to Forget: Zac MacMath had little to do on Wednesday night, but when needed to come up with a big save, failed on three occasions.

Man of the Match: Thiago Almada was the matchwinner on Wednesday Orlando, but he also won seven duels, completed five dribbles, and registered an additional shot on goal.

Moment of the Match: Orlando City’s last effort fell on the head of Andres Perea, but the midfielder could not beat Raul Gudino in goal.

Match to Forget: It was a frustrating night for Orlando City winger Ivan Angulo, who missed both of his shot attempts, and failed to bring much creativity in the final third.

Man of the Match: Pedro Vite scored Vancouver’s second goal in Wednesday’s win, but also won the most duels (7) and drew the most fouls (4).

Moment of the Match: Vite’s goal doubled the Whitecaps advantage at BC Place and truly sucked out the sails of the Galaxy players before Ricketts added an insurance tally.

Match to Forget: Chase Gasper was picked apart by the Whitecaps wide players, losing five duels in the defeat.

Man of the Match: Keegan Rosenberry isn’t known for his goalscoring abilities, but the veteran fullback played the hero on Wednesday with a wonder strike in front of the home fans.

Moment of the Match: Rosenberry’s strike propelled the Rapids in front for good, giving the hosts a needed three points in their playoff push.

Match to Forget: It wasn’t Jeremy Ebobisse’s night for San Jose, losing all four of his duels, and missing three of his four shot attempts.

Man of the Match: Young centerback Robert Voloder had an excellent match. Voloder scored in the second half and led a shutout effort by the Sporting KC back line.

Moment of the Match: Khiry Shelton’s first goal of the season after more than 1,401 minutes came as a huge relief for the embattled striker thrust into the starting role given Alan Pulido’s season-long injury absence.

Match to Forget: Christian Benteke found himself on the end of a few chances for D.C. United, but couldn’t make the final run or direct the ball past Sporting KC goalkeeper Kendall McIntosh.

Moment of the Match: Carlos Vela scored an incredible goal from just outside the box to give LAFC a point.

Match to Forget: Sebastien Ibeagha was marking Kallman on the corner kick in which Kallman scored. Ibeagha was blocked by a teammate and didn’t manage to intervene as Kallman rose into the air.

Man of the Match: Fafa Picault closed out the match with a penalty kick goal and an excellent top-corner strike.

Moment of the Match: Tommy McNamara’s handball in the 74th minute allowed the Dynamo to take the lead.

Match to Forget: Tommy McNamara committed an unnecessary handball in the box to allow the Dynamo to take the lead. McNamara’s hand was extended above his head to stop Fafa Picault’s shot.

Man of the Match: Kei Kamara scored twice for CF Montreal to keep the Canadian club’s quest of grabbing the No. 1 seed alive. Kamara, 38, now has eight goals and seven assists in 29 league appearances.

Moment of the Match: Zachary Brault-Guillard’s strike proved to the difference as the young defender continues an impressive season.

Match to Forget: Jonathan Bornstein played out of position on Tuesday night and struggled in midfield. He lost a match-high seven duels and failed to track back for one of Kamara’s goals.