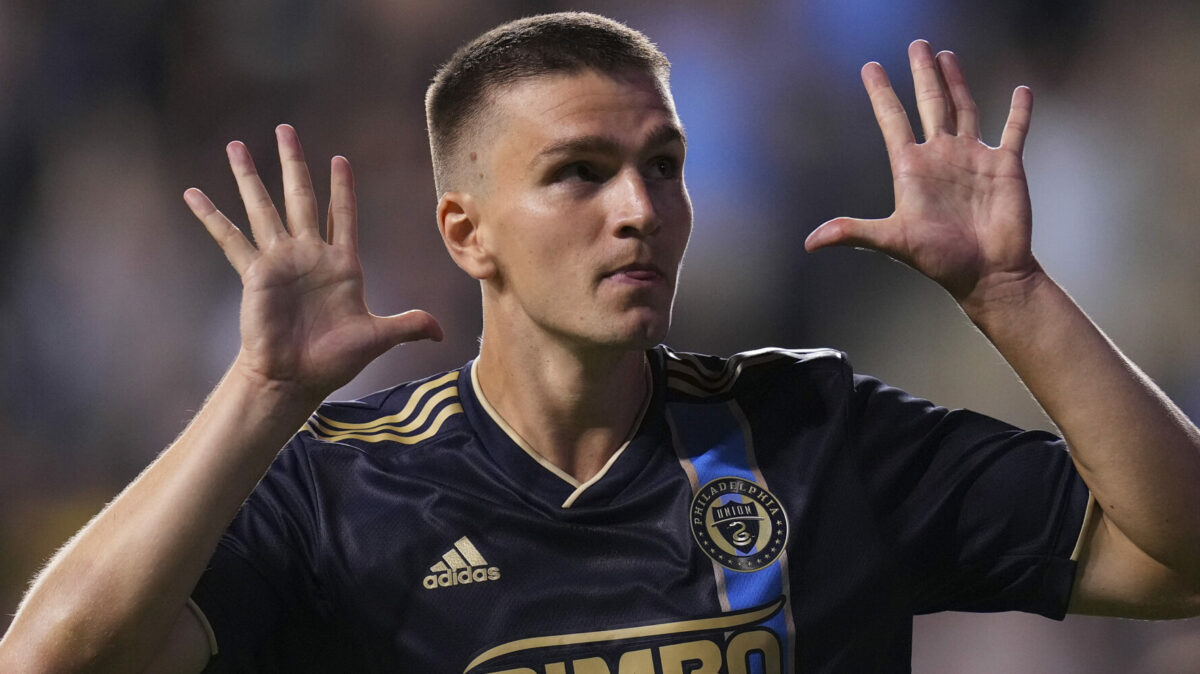 The Philadelphia Union haven’t taken their foot off the gas this summer and despite a few hiccups, Jim Curtin’s squad is flying high after achieving one of their many goals this season on Wednesday night.

A 4-1 home victory over Atlanta United clinched the Eastern Conference leaders a spot in the 2022 MLS Cup Playoffs, continuing what has been a dominant overall campaign for the Union. Not only did the home win further pad the Union’s lead atop the East, it also tied them with LAFC for the No. 1 spot in the Supporters’ Shield race.

With five regular season matches left to play, the Union are remaining focused on what’s to come and crossing off another few team goals along the way.

“This team’s goal, and the last words that I said to the group, is the playoffs first,” said Curtin postmatch. “The Eastern Conference second, Supporters’ Shield third and then we’re gonna push to win MLS Cup. So I think we checked one box tonight. We have a lot of work ahead of us. But we’re playing really well right now.

“Our guys have a killer instinct, which is really, really dangerous in pro sports when guys smell blood,” Curtin added. “Our guys are pretty ruthless. And I really liked that attitude that they have. We don’t stop scoring and we don’t stop pushing to try to get goals.”

The Union have rebounded in style following a 1-0 road loss in Dallas on Aug. 17, outscoring their opponents 16-1 and picking up nine points out of a possible nine. Daniel Gazdag’s MVP-caliber season continued with the Hungarian international breaking the club record for goals in a single campaign after scoring his 17th at Subaru Park on Wednesday.

Gazdag has also contributed eight assists this season, giving him 25 goals involvements, which is also the most by a Union player in club history. After struggling in his early days with the Union in 2021, the attacking midfielder has played a leading role for the club in his sophomore MLS season, and still has plenty of opportunities left in 2022.

“I’ve never seen a player make deep runs and be as completely wide open as he is when he runs through,” Curtin said about Gazdag postmatch. “It’s almost like he goes invisible and like he disappears and people don’t see him because we sit on the sidelines and go, ‘There he is, again, wide open again, right down the middle, like dead down the middle of the field.

“So he does something deceptive, there’s no question about it, with the timing of his movements,” he added. “And that’s something I can’t take credit for, coaching staff can’t get any credit for. He has natural instincts in the game and has a feel that is different and unique.”

Julian Carranza and Mikael Uhre also scored one goal apiece in Wednesday’s romp, giving the attacking duo 23 combined league goals between them this season. The Union lead MLS with 61 goals scored, 21 goals conceded, and a +40 goal differential, with two of those three stats already being new club records.

Defensively, the Union have only conceded 12 goals in their past 15 matches, posting six clean sheets with Andre Blake leading as the frontrunner for MLS Goalkeeper of the Year. Jack Elliott and Jakob Glesnes have continued as one of the top centerback duos in MLS while left back Kai Wagner is third in the league’s assist rank with 13.

The Union are clicking on all cylinders right now and with five winnable matches remaining on their regular season schedule, the focus will be on ending on a high note before the immediate pressure of the MLS Cup Playoffs begins. Curtin and his players have painful memories of being eliminated in the first round of the playoffs in 2020 despite winning the Supporters’ Shield, but this squad are punching above their weight and have been for majority of the season.