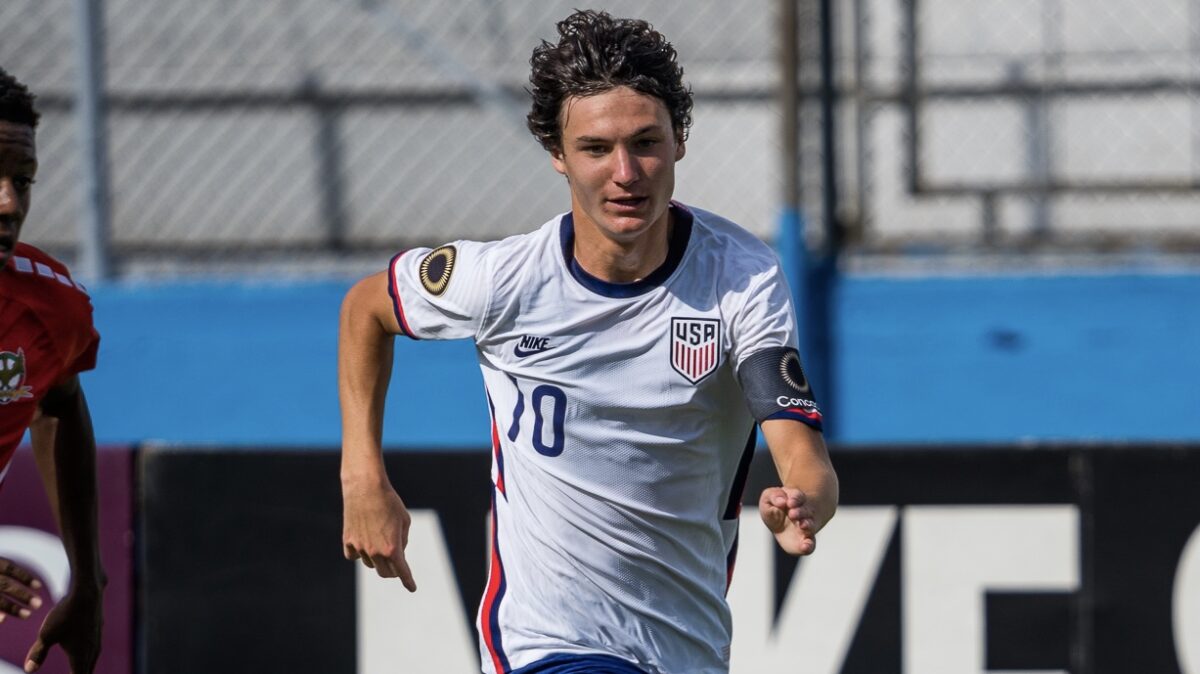 Diego Luna scored the lone goal for Mikey Varas’ squad in a 2-1 defeat vs. Mexico. The result snapped a nine-match unbeaten run dating back to last fall, in what was the Americans’ penultimate match of the September international window.

Mexico was the ones on the front foot in sloopy weather conditions, using a pair of early goals to take a 2-0 advantage. Christian Torres and Joshua Mancha scored four minutes apart in the opening 22 minutes, propelling the hosts in front.

The USMNT U-20’s piled on the pressure as the half went on and eventually were rewarded with a penalty-kick decision. Diego Luna stepped up and scored from the penalty spot after Mexico was whistled for handball in its own box.

However, Mexico’s defensive was able to hang on in the second half to claim a second-consecutive win this month. Among the starters for the USMNT U-20’s were Philadelphia Union duo Paxten Aaronson and Quinn Sullivan, Chicago Fire goalkeeper Chris Brady, Atlanta United defender Caleb Wiley, and Wolfsburg midfielder Kevin Paredes.

The USMNT U-20’s will close its September schedule against Paraguay on Sept. 27.