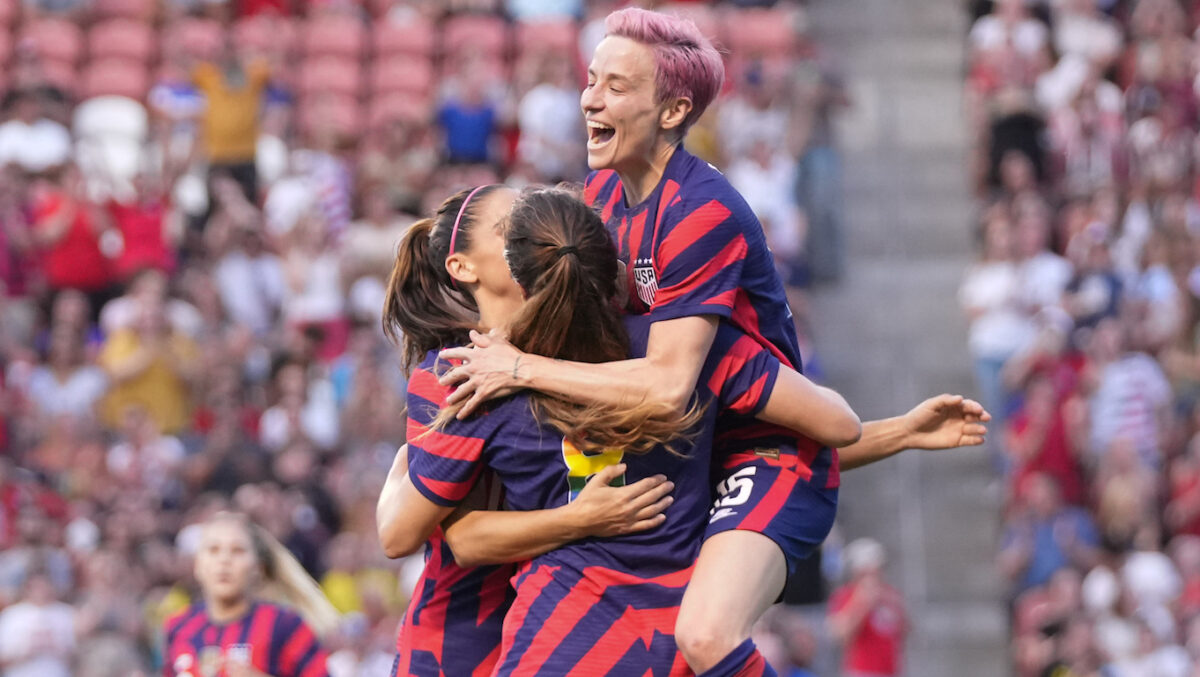 The U.S. women’s national team’s busy fall schedule will officially close this November with a pair of home friendlies against another one of the world’s top teams.

Germany will oppose the USWNT in a pair of November friendlies on Nov. 10 and Nov. 13 respectively. DRV PNK Stadium in Ft. Lauderdale, Fla. and Red Bull Arena in Harrison, N.J. have been chosen as host venues for the Americans’ final matches of 2022.

The announcement comes one day after U.S. Soccer confirmed an October road friendly at Spain. The USWNT will also face current European champions England at Wembley Stadium also in October.

“Playing Germany in the final matches of the year will be ideal for our World Cup preparations for all of our players and coaching staff, but it’s also fantastic for all the fans,” said USWNT head coach Vlatko Andonovski. “USA-Germany is always one of the most entertaining match-ups in women’s international soccer and it’s a rivalry that has some wonderful history as well.”

The USWNT and Germany currently sit No. 1 and No. 2 respectively in the FIFA Women’s World Rankings. It will be the first head-to-head meeting between the two teams since the 2018 SheBelieves Cup, a 1-0 victory for the Americans on that day in Ohio.

Germany qualified for the 2023 FIFA Women’s World Cup on Sept. 3 after defeating Turkey 3-0 in qualifying. The Germans topped Group H in UEFA qualifying with a 9-0-1 record while scoring 47 goals and conceding only five.

Alexandra Popp (59 goals in 121 caps), Lea Schuller (30 goals in 43 caps), and Lina Magull (22 goals in 66 caps) headline the top attacking weapons for Martina Voss-Tecklenburg’s squad. Popp is the only member of the current pool that has earned 100 caps or more for Germany.