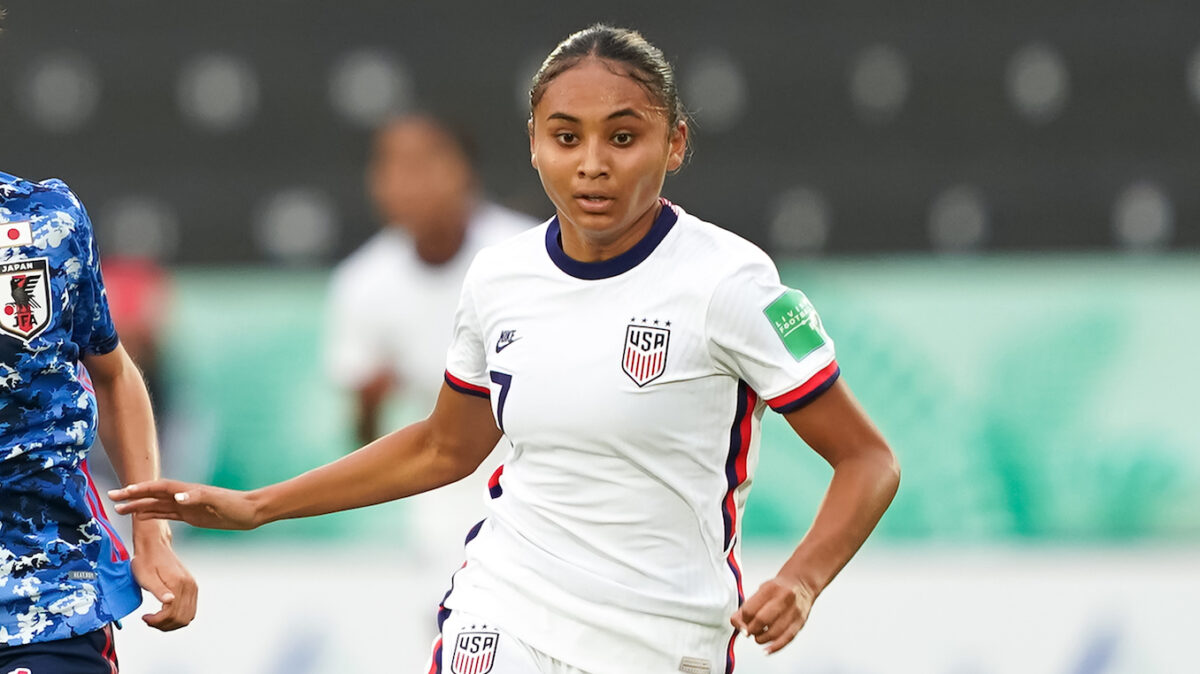 It isn’t not often you see a high school athlete getting an early opportunity with the U.S. women’s national team, but Alyssa Thompson’s impressive start to her career has drawn the attention of USWNT head coach Vlatko Andonovski.

Thompson became the USWNT’s youngest call-up since Sophia Smith in April 2017, earning a call up to Andonovski’s squad for October’s European friendlies at Top-10 sides England and Spain. The 17-year-old Gatorade’s National Girls Soccer Player of the Year in 2020-21, is the only female player in MLS NEXT, playing regularly for Total Futbol’s U-17 boys side.

Thompson’s impact at both the high school and MLS NEXT levels have also helped her to move up the international ranks within U.S. Soccer. She has scored four goals in 2022 for the USWNT U-20 side, and will have her opportunity to train with several World Cup winners in the senior squad ahead of two highly-anticipated friendlies.

“First I want to say that Alyssa is a very creative player, she has a very good understanding of the game,” Andonovski said. “We think that she has the ability to play as a winger, but not just as a classic winger that on the side, she has a very good understanding of how to come into the inside channel and expose teams in those areas. I have no doubt that she will fit well into our system and will connect with the players around her.

“For Alyssa I want to say that this camp is not make or break, it’s a first experience for her,” he added. “It’s something that she shouldn’t really worry about. It’s great experience for her and good exposure, and it’s also a good experience for us to work with her and we will see what happens from there.”

Thompson’s inclusion into the USWNT squad pairs her up with a mixture of youth and veteran experience in the attacking corps. Alex Morgan’s injury helped pave the way for Andonovski to give Thompson an opportunity this fall, teaming her up with Megan Rapinoe, Sophia Smith, Trinity Rodman and Mallory Pugh in the attacking group.

Thompson will be hoping to learn from these upcoming experiences before embarking on the next chapter of her career. England and Spain will be pushing to knock off the USWNT in October as huge preparation matches ahead of the 2023 FIFA Women’s World Cup next summer. The matches themselves won’t be for points, but they will be a great test for what’s to come down the road for Thompson and her USWNT teammates.