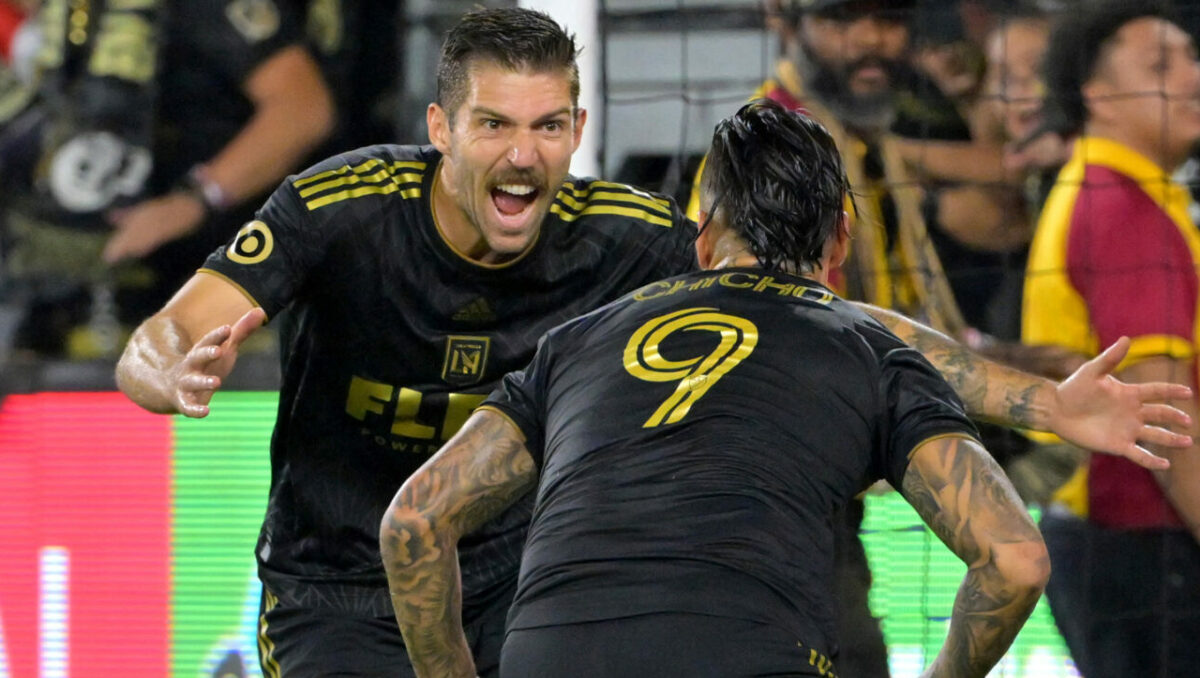 Cristian Arango’s go-ahead goal in the 93rd minute paired with Denis Bouanga’s pair of first MLS goals helped Steve Cherundolo’s squad advance 3-2 past the Galaxy at Banc of California Stadium. It was the LAFC’s second-straight home victory over the Galaxy, setting them up with a Western Conference Final date against either Austin FC or FC Dallas.

Arango arrived in the box in the 93rd minute, sending a rebound shot past Jonathan Bond to propel LAFC in front for good. It was the final key moment of a frantic finish between the California rivals.

The Galaxy handed LAFC a warning shot in the 18th minute as Samuel Grandsir’s left-footed shot rattled the crossbar. LAFC hit back with the opening goal as Bouanga capped off a pass from Carlos Vela, sending his effort into the top-left corner of Bond’s goal.

Grandsir could not be denied on his second attacking effort of the first half, beating Maxime Crepeau to the bottom-left corner. It was Grandsir’s first playoff goal and a crucial one to help the Galaxy tie the match 1-1 before halftime.

After both teams went back-and-forth in the second half, LAFC claimed a 2-1 advantage through Bouanga’s second goal of the match. Kwadwo Opoku’s pass allowed Bouanga the opportunity to drill a low shot into the bottom-left corner, celebrating his first MLS Playoffs brace.

The Galaxy needed little time to equalize for a second time, watching as Dejan Joveljic’s long-range effort nestled into the top-right corner of Crepeau’s net. However, LAFC would have the last laugh, as Arango pounced on a rebound in the third minute of stoppage time.

Bond did well to repel Bouanga’s previous chance, but could not keep out LAFC’s leading-goalscorer from celebrating his 17th league goal of 2022.

LAFC will host Austin FC or FC Dallas at Banc of California Stadium on Oct. 30.