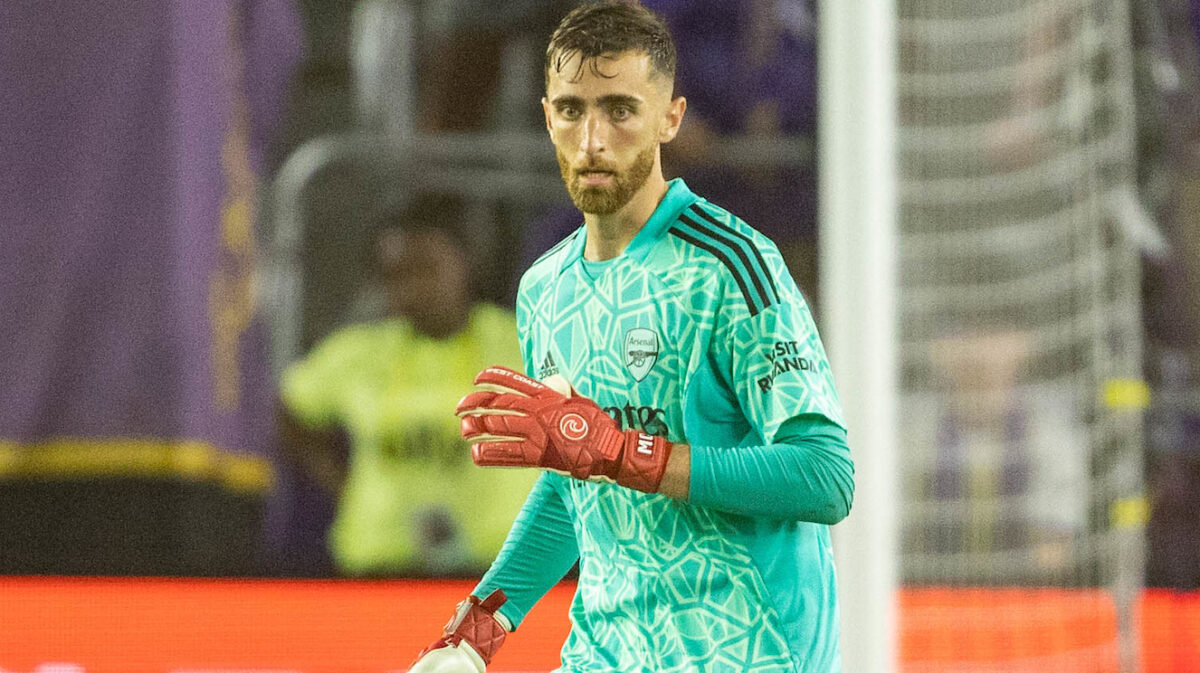 Matt Turner was unable to return between the posts for Arsenal in Thursday’s UEFA Europa League match at PSV and his immediate future remains unknown for the English Premier League club.

Turner did not dress in a 2-0 loss in Eindhoven due to a groin injury suffered in training Wednesday, manager Mikel Arteta confirmed postmatch. It was the Gunners first loss in the competition this season, as No. 1 goalkeeper Aaron Ramsdale got the nod in Turner’s absence.

Turner had helped Arsenal to an undefeated start in group stage play, winning his first four starts in the competition. The former New England Revolution standout posted three-consecutive clean sheets in the competition, helping Arsenal defeat Norwegian side Bodo/Glimt twice and PSV once.

Arsenal has five matches remaining before the start of the FIFA World Cup, with Turner expected to get the nod in two of them. The Gunners will have their final Europa League group stage match vs. FC Zurich on Nov. 3 before hosting fellow Premier League side Brighton & Hove Albion on Nov. 9 in EFL Cup third round play.

With Turner needing every opportunity before his involvement with the U.S. men’s national team, the 28-year-old will be hoping for a speedy recovery. Arteta has not yet ruled Turner out for upcoming matches, but admitted an assessment is needed before an update is given.

“Yesterday in training he had some discomfort in his groin,” Arteta said postmatch. “He tried this morning but he wasn’t well, so Aaron [Ramsdale] had to play.

“I don’t know – we’ll have to assess him,” he added when asked about Turner’s return to action. “It didn’t look a serious injury, no.”

The Gunners will next host Nottingham Forest at the Emirates Stadium on Sunday, aiming to stay top of the Premier League table through 12 matches.