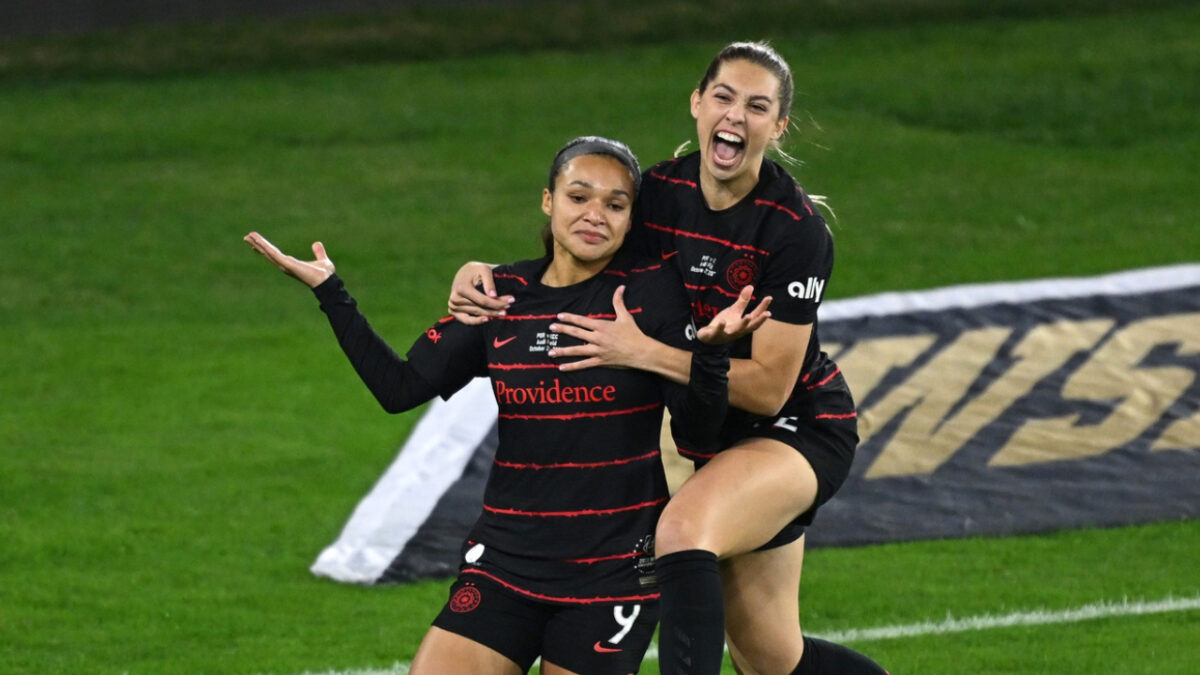 For the third time in National Women’s Soccer League history, the Portland Thorns are champions and cemented themselves as the league’s winningest franchise of all time on Saturday.

The Thorns claimed the 10th annual NWSL Championship crown with a 2-0 win over the Kansas City Current at Audi Field in Washington, D.C. in front of a raucous neutral-site crowd of 18,000.

Sophia Smith, the freshly minted and youngest-ever NWSL MVP opened it up in style.

The 22-year-old Stanford product fought through an obvious foul attempt to take on her former teammate Adrianna Franch one-on-one and won the battle with clean a left-footed tuckaway.

Smith is one of the budding stars in the U.S. women’s national team fold and tallied 14 goals in her 19 regular season appearances with the Thorns. She is also the youngest-ever player to score in an NWSL Championship final.

The Thorns were the clear aggressor on Saturday and their constant pressure eventually was rewarded with a two-goal cushion.

Franch’s forgettable evening was stamped with a true team effort own-goal in the second half. Kanas City was withstanding pressure for the majority of the second frame and catastrophically buckled in the 55th minute.

This year’s finalists were led by two first-year head coaches, and the 2022 Championship could easily be repeated in the years to come.

Portland head coach and former Thorn Rhian Wilkinson is enjoying a dream start to her senior managerial career. Kansas City head coach Matt Potter, who previously managed USWNT U-23s, brought the Current out of the cellar and into a trophy position in his first season in charge.

It remains to be seen if the glory can outshine the damning details coming out of Portland in the Sally Yates report. The Yates report put Portland in the spotlight of the NWSL’s ongoing battle to eradicate harassment and misconduct earlier this year.

Thorns owner Merrit Paulson was not present in Washington and continues to face pressure to step away from the operation altogether.