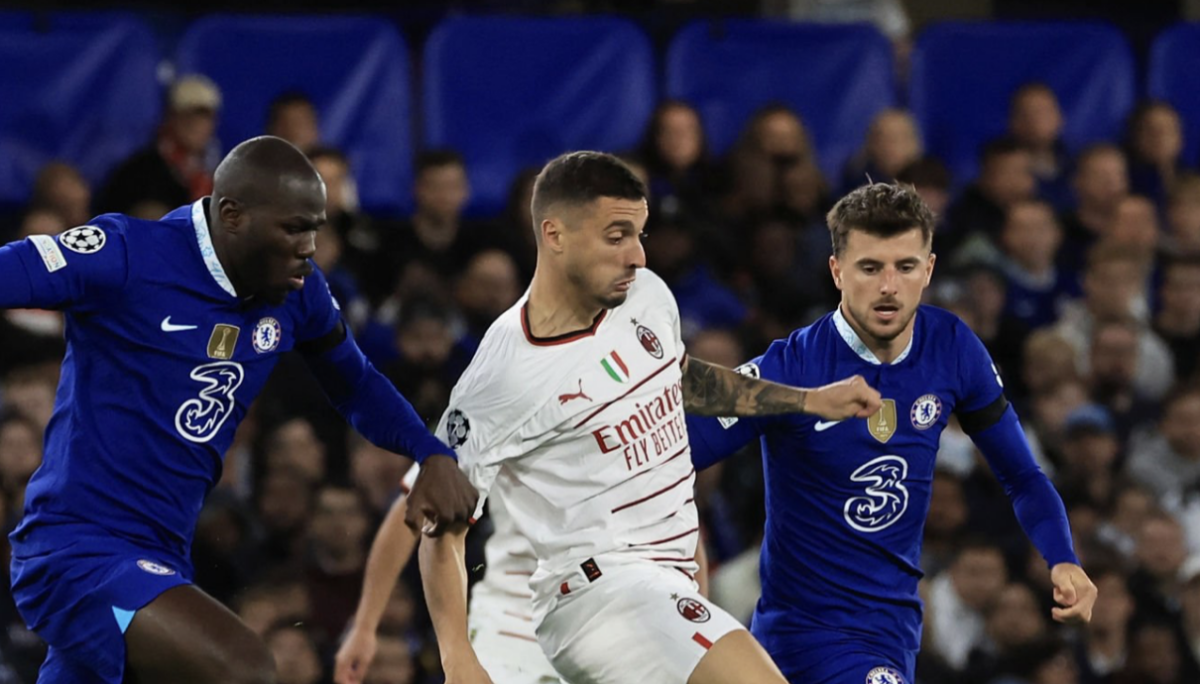 Chelsea needed a dramatic winner on Saturday to hand Graham Potter his first victory as manager, but on Wednesday as the scene shifted to UEFA Champions League action, the Blues rolled their way to a statement win at home.

Wesley Fofana, Pierre-Emerick Aubameyang, and Reece James all scored goals as Chelsea claimed a 3-0 group stage win over visiting AC Milan at Stamford Bridge. It was Chelsea’s first win of the group stage, moving it to second place behind leaders Red Bull Salzburg.

Fofana celebrated his first Chelsea goal in the 24th minute, finishing off an attack that AC Milan failed to deal with. Thiago Silva’s header was saved by Milan goalkeeper Ciprian Tatarusanu, but Fofana eventually tucked away his effort to give Chelsea a breakthrough goal.

After AC Milan failed to tie things up before halftime, Chelsea doubled its lead in the 56th minute through Aubameyang’s second goal in as many matches. The Gabon international poked home James’ assist from the right wing after former Chelsea defender Fukayo Tomori failed to clear the cross.

James called his own number for Chelsea’s third and final goal of the night, taking one touch before roofing a shot past Tatarusanu in the 61st minute. Raheem Sterling laid off a pass for James to rush onto, watching as his fellow England international capped off a Man of the Match performance.

Chelsea hosts Wolves in Premier League action on Saturday while AC Milan welcomes Juventus to the San Siro on the same day.

Here is a closer look at the top results from Champions League action:

Hakan Calhanoglu delivered the opening goal for Inter Milan on the verge of halftime, placing a strong shot into the bottom corner of Marc Andre ter Stegen’s goal. Inter Milan’s early penalty claim was waived away by VAR, but the Turkish midfielder stepped up and scored a beautiful goal to boost Inter in front.

Barcelona began to up its pressure in the second half and thought it scored just after the hour mark. Pedri’s tap-in finish following Ousmane Dembele’s cross looked to have tied things up for Barcelona, but VAR waived off the goal due to a handball in the box from Ansu Fati.

VAR was called into action for a third time, once again waiving away a key decision for Barcelona. Denzel Dumfries was accused of handball in the box in stoppage time, but VAR waived away the penalty shout and Inter Milan walked away with three points.

Both teams finished with two shots on goal apiece as Inter leapfrogged Barcelona into second place behind Bayern Munich.

It was the third-consecutive victory for Club Brugge in group stage play, after already defeating FC Porto and Bayer Leverkusen earlier in the tournament. Simon Mignolet made two key saves in the first half for Club Brugge before watching as his teammates delivered the opening goal of the match.

Kamal Sowah’s cool finish in the 36th minute boosted Club Brugge ahead 1-0 after Ferran Jutgla created the opportunity. Jutgla danced his way into the Atletico box before setting up Sowah for a one-time shot.

Jutgla extended Club Brugge’s advantage to 2-0 in the 62nd minute, finishing off a pass from Canadian international Tajon Buchanan. Buchanan’s hold-up play allowed Jutgla to get into position before the duo connected for an important insurance goal.

Antoine Griezmann missed his penalty-kick opportunity in the 76th minute, rattling the crossbar and continuing a disappointing day for Diego Simeone’s squad. Mignolet finished the match with a five-save shutout, giving Club Brugge one of its more impressive victories in the competition.

Paris Saint-Germain claimed an early lead on the road in Portugal, but was unable to walk away with all three points against Benfica.

Lionel Messi’s first-half goal was canceled out by Danilo’s own goal before halftime, as Benfica and PSG tied 1-1 at the Estadio do Sport.

Benfica forced Gianluigi Donnarumma into three saves in the early going before PSG called on Messi to deliver the opening goal of the match. Messi finished off a clever attack from the PSG forwards, curling a shot into the top-corner of Odisseas Vlachodimos’ net for a 1-0 PSG lead.

Benfica’s continued pressure paid off as Enzo Fernandez’s cross towards PSG’s back post was directed in by former Porto defender Danilo.

Both goalkeepers were up to the task in the second half, making several crucial saves to keep the score at 1-1. Nicolas Otamendi was denied by Donnarumma in the early stages of the second half while Neymar struck the crossbar with a good effort of his own.

Vlachodimos finished with six saves for Benfica while Donnarumma totaled five for PSG.

PSG sits top of the group with seven points, edging Benfica on goals scored. Both are four points clear of third place Juventus.

Here are all the remaining UCL results from Matchday 3: