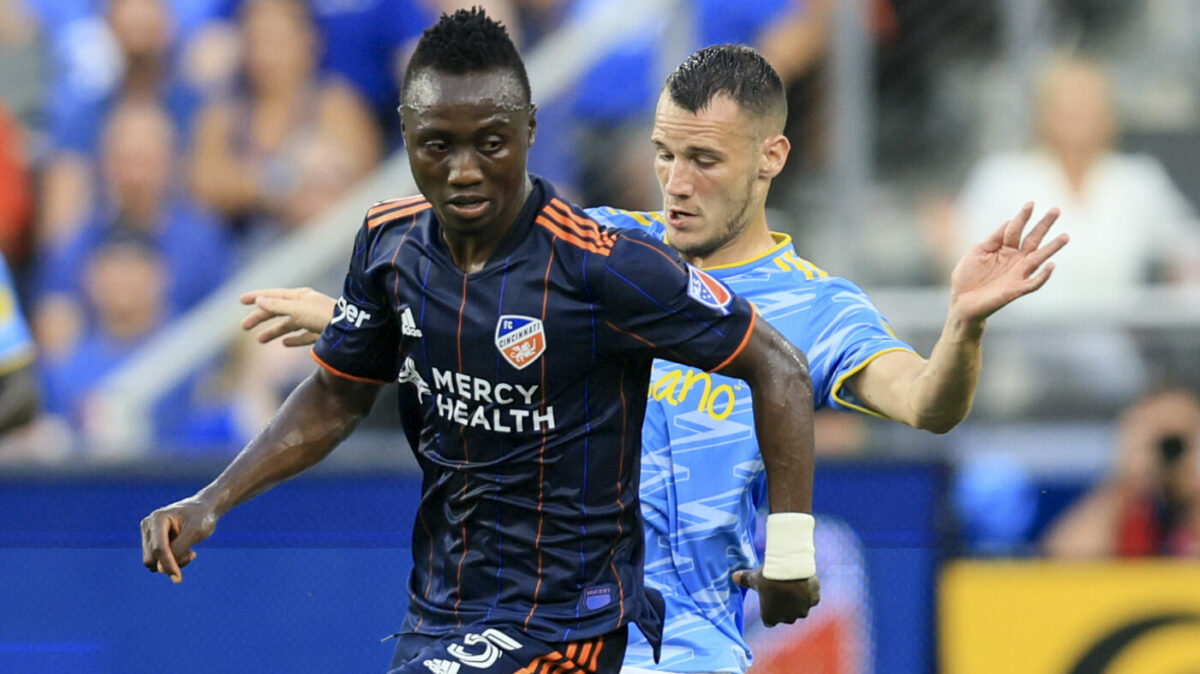 The Philadelphia Union’s quest to lift a first-ever MLS Cup begins on Thursday night at Subaru Park, but to advance into next weekend’s Eastern Conference Final, Jim Curtin’s squad will need to eliminate an FC Cincinnati squad they have yet to defeat in 2022.

Pat Noonan’s FC Cincy squad makes the trip to Chester, Pennsylvania for the third and final head-to-head meeting this year, with both teams aiming to stamp their place in the Final Four of the MLS Cup Playoffs. The Union enjoyed a first-round bye after claiming the No. 1 seed over CF Montreal, but will welcome a feisty and confident FC Cincy squad to town, with plenty to prove.

“[Cincinnati has] confidence, they’re brave, they’re a good team, and they’re not afraid, so we have to do our job to limit their chances, to be very strong defensively, to win the battle in both redzones,” Curtin said Tuesday in a conference call with media. “We know that we’ll create chances at home over the 90 minutes, so hopefully we can be clinical in front of goal. We respect the opponent very much, they’re a great team in the attack, but we also have a great defensive team, so it’ll be a really good matchup, but at home, it’s on us to play our way.”

MLS Goalkeeper of the Year winner Andre Blake (15 clean sheets) remains one of the best at his position and made several key saves down the stretch to help the Union edge CF Montreal to top spot in the East. Defender of the Year winner Jakob Glesnes, finalist Kai Wagner, and fellow starter Jack Elliott have also excelled in Curtin’s backline this season, helping the Union concede the fewest goals in a MLS season since Sporting KC’s total of 27 in 2012.

Although the Union remain proud of their accomplishments during the 34-match regular season, they are focused on their No. 1 goal of 2022, and that is bringing home MLS Cup.

“Really proud of the group to get to the final eight, recognizing now that we’re three wins away from lifting the MLS Cup, is something that these guys have worked very hard to put themselves in a position to do,” Curtin said. “We’ve had a lot of records and accolades this year, and all of the goals against and goals for, and win total is all nice, but this group only wants one thing, and that’s to go out on the field Thursday night, and get a victory and start our playoff run the right way.”

FC Cincinnati has not lost to the Union in 2022, earning a 1-1 draw at Subaru Park in June before earning a 3-1 victory at TQL Stadium in August. Not only have the Ohio-based club had recent good fortunes against the Union, they have only suffered one loss in their past 14 matches, a 3-2 defeat to the Chicago Fire on Oct. 1.

A 2-1 comeback victory over the New York Red Bulls last weekend helped FC Cincy celebrate a first-ever MLS Playoff win, thanks to goals from standout stars Lucho Acosta and Brandon Vazquez. There will be no shortage of familiar faces in Thursday’s showdown with Noonan squaring off with his former boss Curtin for the third time this year, and current FC Cincy players Sergio Santos, Ray Gaddis, and Alvas Powell all aiming to eliminate their former club.

“This should be fun,” Noonan said following FC Cincy’s playoff win over the Red Bulls. “This is a cool story in terms of my last job and our group getting to this point, not having been here before, and going against a very good team in Philadelphia. It’s neat.

“It will be a hostile environment,” he added. “We have an opportunity to see what we are about. It’s no surprise that they are there, they are one of the best teams in the league, and I think the guys will be excited to face the opportunity.”

Similar to the Union’s deadly trio of Gazdag, Uhre, and Carranza, FC Cincy has boasted one of the top offensive trios in MLS this season. Acosta, Vazquez, and Brenner have combined for 46 goals and 33 assists this season, edging the Union’s trio by five more goal involvements (79-to-74). All three have risen to the occasion in 2022, setting FC Cincy up for a major opportunity to pull an upset for the second-consecutive round.

FC Cincy’s three-centerback setup has also been key in the club’s ability to pick up results when needed, led by veterans Geoff Cameron and Nick Hagglund, as well as summer signing Matt Miazga. In addition to the FC Cincy defenders trying to shut down a confident Union attack, they will be trying to spring the trio of Acosta, Brenner, and Vazquez, a matchup which should be intriguing to watch as the game goes on.

“It’s a total team when you look at their whole lineup,” Curtin said about FC Cincy’s squad. “They are one of the few teams that play with two strikers, but also have three center backs. You have to try and limit where [Lucho] Acosta gets on the ball, he’s the type of player that drifts around the field and tries to get open while your team has the ball. It’s not just going to be Jose [Martinez] that needs to follow him because that will open passing lanes in front of the center backs.

“Brenner is good at coming off the backline and trying to pick up the ball and [Brandon] Vazquez has speed to run behind the backline, has a big frame to hold the ball up and create chances. They are a well-balanced team and are well-coached by Pat. It’s going to be a good matchup between two really good teams at the end of the season and we are definitely wary of how good they are offensively.”

The Union will be fresh coming into the matchup after not playing since Oct. 9 while FC Cincinnati has a quick turnaround from Saturday’s dramatic comeback victory.