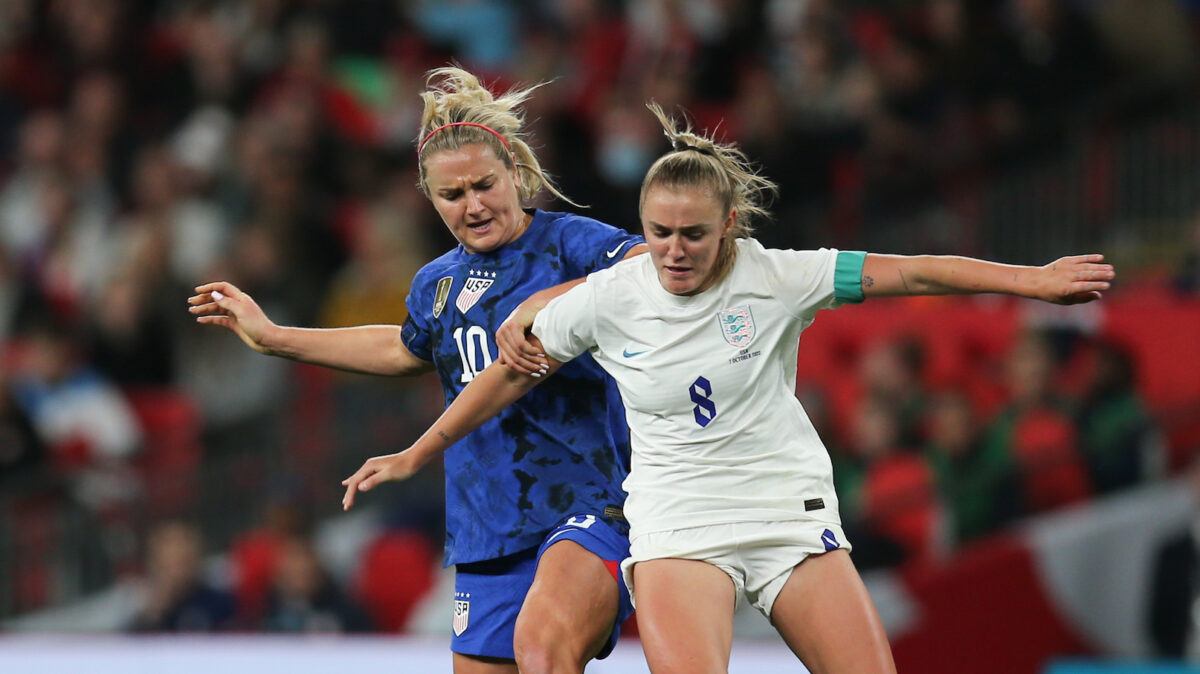 The U.S. women’s national team friendly against England on Wednesday was built up as a potential preview of a 2023 World Cup final, and the crowd of 76,893 at Wembley Stadium made it feel that way on a day when the home team prevailed over the reigning world champions.

An exciting first half that featured three goals, and a fourth negated by a VAR review, concluded with England holding on to the lead on the way to a 2-1 victory on Friday. Georgia Stanway’s 33rd-minute penalty kick served as the winner after Lauren Hemp and Sophia Smith traded goals.

The USWNT appeared to have an equalizer just four minutes later, but Trinity Rodman’s goal was nullified when a VAR review determined Sophia Smith was offside on the play.

The defeat was the first suffered by the Americans in 13 matches, dating back to the USWNT’s second match of 2022.

England showed the quality that helped the Lionesses win the European Championships in the summer, opening the scoring in the 10th-minute on a close-range finish. USWNT defender Alana Cook failed in her attempt to stop a cross in from Beth Mead and Hemp made her pay by pouncing and converting in front of goal.

Sophia Smith responded in the 28th minute when Lindsey Horan forced a turnover in England’s own defensive third. The ball fell to Smith, who reacted quickly to turn and fire a low shot into the corner for the equalizer.

VAR played a major role in the rest of the match, with England’s go-ahead goal coming after a review determined a penalty foul was committed by Hailie Mace, who was called for a dangerous play in the penalty area.

Stanway converted the penalty to give England the lead for good, though the USWNT looked like they had an equalizer just four minutes later. Rodman’s potential equalizer was ultimately negated though after a VAR review determined Smith was offside in the build-up.

The Americans will next face Spain on Tuesday in a friendly in Pamplona, Spain.