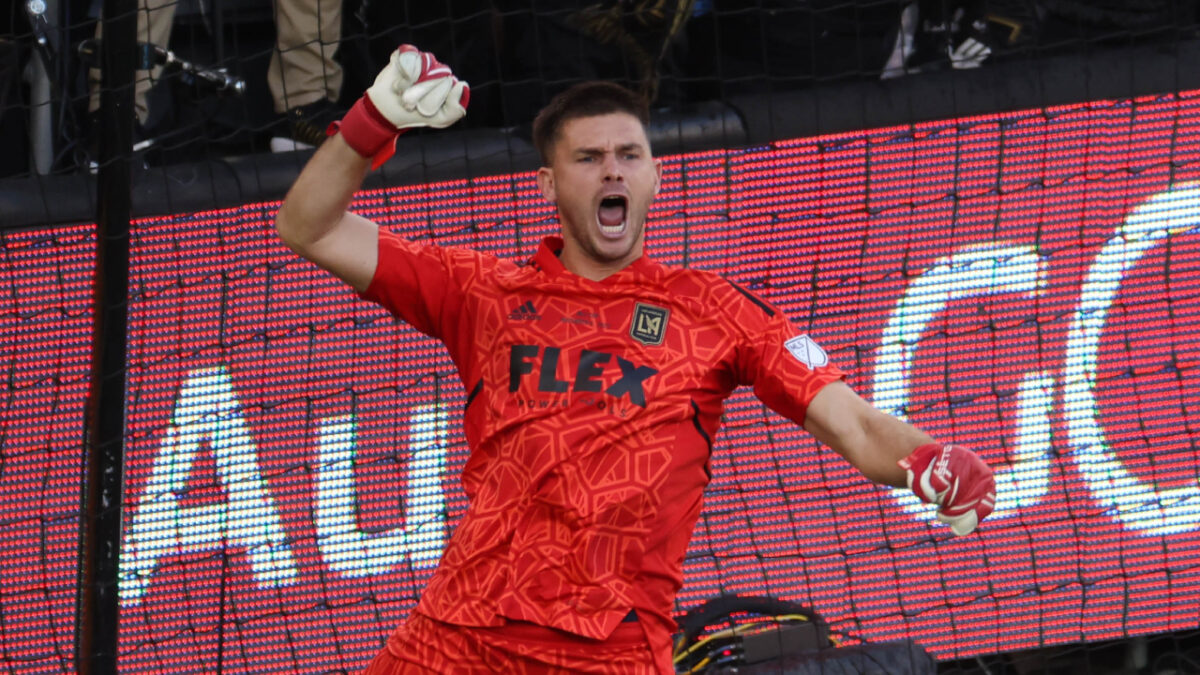 LOS ANGELES – You never truly know what to expect in MLS Cup playoffs, and the path to glory always leaves room for an unexpected hero.

This year’s MLS Cup MVP didn’t score or assist a goal. He didn’t start the game, and he played the far fewest minutes of anyone in the game.

Los Angeles FC goalkeeper John McCarthy heroically crashed the party and claimed the honor with his two saves in the shootout after a chaotic and emotional 3-3 thriller. In the dying embers of the second frame of extra time, LAFC’s starting goalkeeper Maxime Crépeau believed to have broken his leg on a hard challenge that garnered a red card.

In comes McCarthy – with three minutes to ride out, going up against a numbers disadvantage against the top-scoring team in the league, proceeding to shut them out in the biggest game of his life.

McCarthy, a Philadelphia native and former Union player, does have a sentimental connection to the moment that made it all the more special.

“I’m a Philly kid through and through,” McCarthy said. “I grew up in Philly my whole life, grade school, high school, college. I know the people from that city. I know a lot of guys on that team, some of the fans.”

The 30-year-old Philadelphia native made 21 first-team starts in his Union days, which spanned from 2015-2018.

“Some of the guys in Sons of Ben [Union supporters group] were texting me beforehand some funny jokes and talking s–t and whatnot,” McCarthy said with a laugh. “But it was just a moment that you dream of as a kid, to play in a final, first off, and then to play against a team that pushed us all the way until the last game of the season, to be in the final,”

Though it was on one of the most heartbreaking day of his career, Union head coach Jim Curtin had to give it up for the netminder he knows so well in the once-in-a-lifetme moment.

“Johnny is a great kid, a Philly kid. A guy that did great things here in Philadelphia,” said Curtin. “Look, the soccer gods have a funny way of working. As soon as the injury happened, I started the half-joke with my staff that I can’t believe Johnny is going to be in there and this is probably going to go to PKs,”

The majority of McCarthy’s starts in Philadelphia were second-team games, and it’s fair to say he is a journeyman of sorts. LAFC is his eighth club in a professional career that began in 2011, and his third MLS gig overall.

That said, there’s always more than meets the eye, and McCarthy’s current manager Steve Cherundolo was not sweating the chaotic moment.

A championship-winning pinch hit should be more than enough to earn McCarthy cult hero status in Los Angeles, and it’s far too early to know what the future holds. But LAFC is a shiny and ambitious franchise with global superstars – and a largely unknown veteran was the one who played the biggest role, and the fewest minutes, in making them champions.