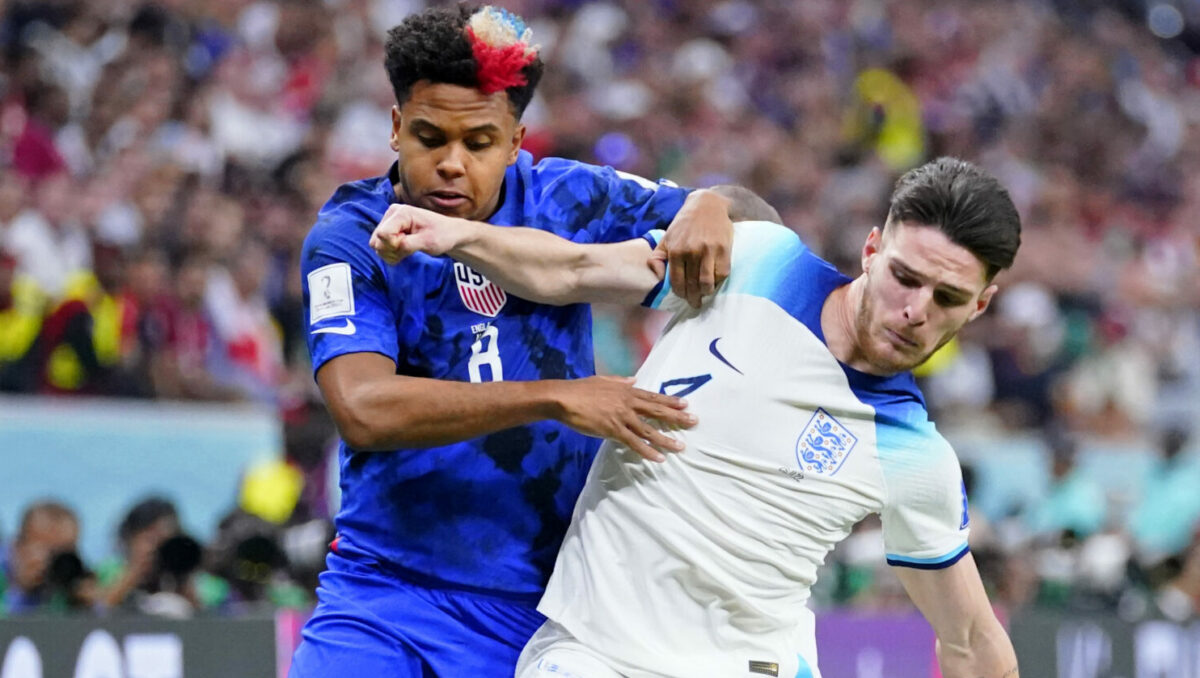 AL GHOR, Qatar — Clear underdogs against England heading into Friday’s World Cup Group B showdown, the U.S. men’s national team didn’t play like it, shaking off a slow start before taking control and standing toe-to-toe with one of the tournament’s favorites.

The USMNT and England played to a 0-0 draw at Al Bayt Stadium, a result that keeps them both unbeaten in group play, and in control of their own destinies heading into the group finales on Tuesday.

The USMNT will now face Iran in its group finale knowing that a win will secure a place in the Round of 16. The Americans would be eliminated from the World Cup with a draw or loss. England faces Wales knowing a draw or win puts them through to the Round of 16.

Matt Turner came up with the save of the night just before halftime, when he dove to his right to deny a dangerous and low blast from Mason Mount. Raheem Sterling’s one-touch pass allowed Mount to take his shot in stride, but Turner was up to the task.

The Americans came closest to scoring in the first half, when Christian Pulisic blasted a left-footed shot off the crossbar.

The USMNT out-shot England 10-8 on the night, though the English held a 55-45 edge in possession. Overall, the sides played an even match, trading spells of possession, with England controlling the first 15 minutes and the USMNT having the advantage for much of the rest of the first half.

The second half was a back-and-forth affair, with both teams generating plenty of corner kicks and set pieces, but failing to turn them into truly dangerous chances.

Now the USMNT heads into Tuesday’s match against Iran knowing a win will mean a place in the Round of 16, and a win coupled with an England loss to Wales would help the Americans top Group B.