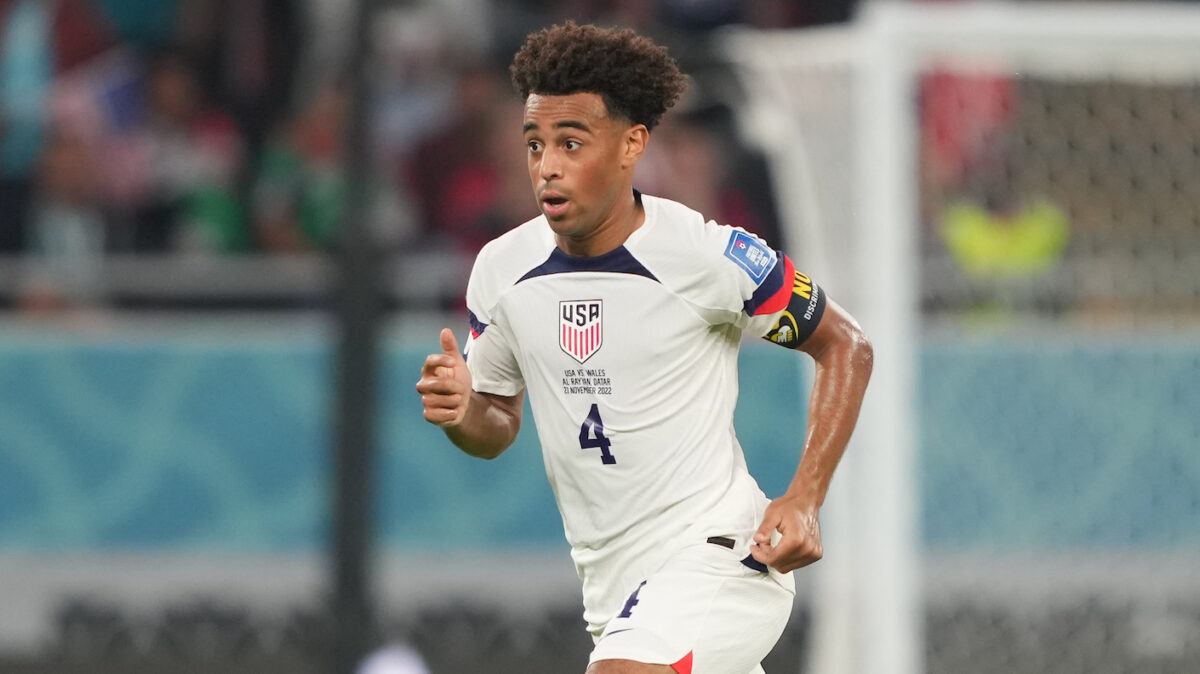 AL RAYYAN, Qatar — The pain of watching two points disappear at the hands of Gareth Bale’s game-tying penalty kick made Monday’s World Cup opener a difficult one to fully enjoy for the U.S. men’s national team.

As much as the team’s first-half performance was inspiring, and the point they earned keeps them in the thick of competition for a place in the knockout rounds, the upcoming match against tournament title contender England on Friday makes for a daunting opponent to try and rebound against.

The mood was a somber one among U.S. players, making it clear there was a collective unhappiness with the result, even though the Americans did have the better of the play overall against the more experienced Welsh.

“That just goes to show the mentality of our team that we were going out there and we’re not happy with with one point,” USMNT captain Tyler Adams said. “We’re eager to bounce back and have the opportunity to bounce back against a good team.”

As difficult a challenge as that may be, the USMNT sounded like a team ready for the challenge, even after enduring the late-game disappointment against Wales.

England dominated Iran, 6-2, in its opener on Monday, solidifying its standing as Group B favorite. The Americans will offer a much tougher challenge though, aided by the presence of several players with experience playing in the English Premier League both with and against many of the same players they will face on Friday.

“I think we match up well against them,” USMNT captain Tyler Adams said. “Again, football is a game of inches. It comes down to minimal mistakes or minimal details. We’re obviously going to try and execute our game plan. We trust in the coach’s ability to set us up well, and how we’re going to match up against them, but they’re very flexible, as well. They played four in the back, they can play five in the back. They have variables as well. At the end of the day, it comes down to certain moments in the game.”

Both teams will go into the match on three days rest, meaning there will likely be several lineup changes for both sides. Among the players who could make their way into the starting lineup are Brenden Aaronson and Gio Reyna, though Berhalter made it clear he doesn’t see his starters from Monday’s match having trouble recovering in time to be available for selection on Friday.

“You’re getting to play England. That’s the recovery right there,” Berhalter said. “You get to play one of the teams that we think is the favorite of the tournament. I think there’s not going to be many tired players come Friday.”