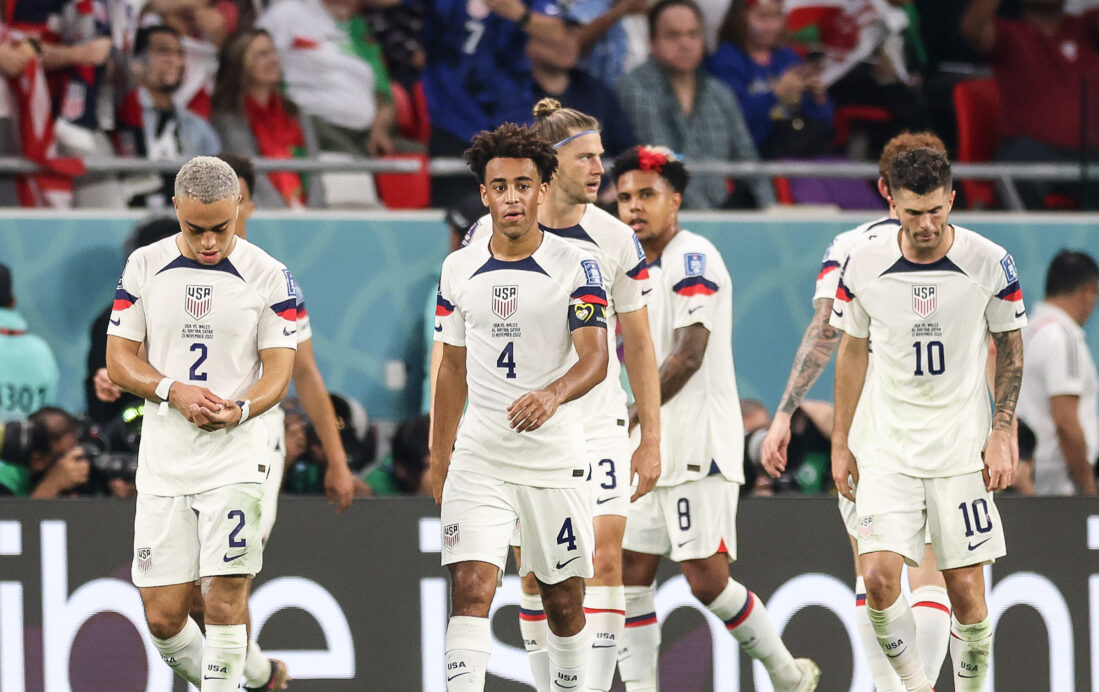 AL RAYYAN, Qatar — The U.S. men’s national team went into the halftime break of Monday’s World Cup opener with Wales feeling confident after an impressive first-half performance, but ultimately paid the price for not doing more with that 45 minutes of control.

Gareth Bale converted a second-half penalty kick drawn by a Walker Zimmerman foul, negating an excellent Tim Weah goal in the first half of an eventual 1-1 draw in the Group B opener for both teams.

The Americans came into the match as the lesser-experienced team, but didn’t show it, dominating possession and keeping the Welsh on their heels for much of the first half.

That control failed to yield dividends until the 36th minute, when Christian Pulisic sprang Weah with a perfect pass that the Lille winger finished expertly with a right-footed finish.

Wales enjoyed a better second half thanks in part to the introduction of Kieffer Moore, who replaced Daniel James at halftime and helped give the Welsh more of a presence in the attack.

The Americans never did regain control of the match as Wales pressed for an equalizer. Matt Turner stepped up with an excellent save on the first dangerous Welsh chance, in the 64th minute.

The USMNT made a triple substitution in the 74th minute in an attempt to hold on to the lead, with Haji Wright, DeAndre Yedlin and Kellyn Acosta replacing Yunus Musah, Josh Sargent and Sergino Dest, joining Brenden Aaronson, who came on for Weston McKennie in the 66th minute.

Wales finally broke though in the 82nd minute when Zimmerman fouled Bale in the penalty area to draw a penalty foul. The LAFC star blasted home the penalty attempt to tie the match and give Wales control of the proceedings.

The Americans held on for the point, but not without some drama as nine minutes of second-half stoppage time extended the match, and Bale nearly had a chance to play the late hero when Matt Turner was caught far off his line with Bale gaining possession near the midfield stripe. Kellyn Acosta thwarted the threat by fouling his LAFC teammate in what wound up being the final play of the match.

The Americans will now turn their attention to facing England on Friday, with the English having posted a dominant 6-2 win over Iran. Wales will take on Iran with a chance to put up a win that puts pressure on the USMNT, which finishes group play next week against Iran.