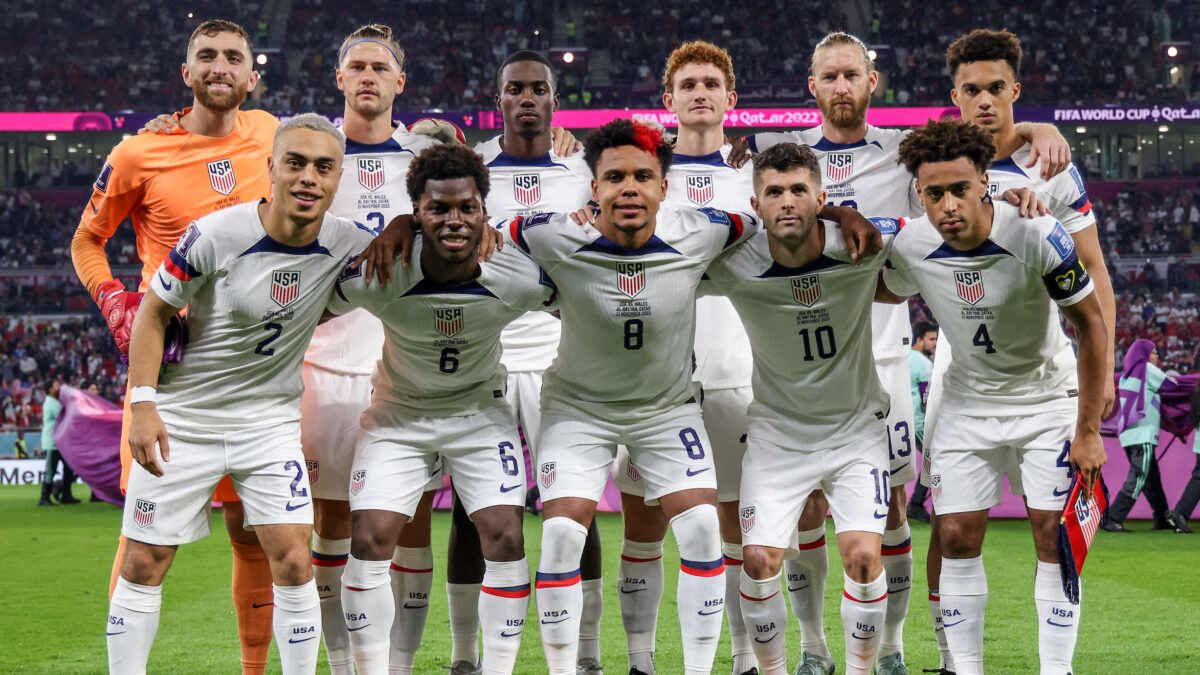 DOHA, Qatar — The U.S. men’s national team’s World Cup-opening match against Wales was a physical battle that could be difficult for some American players to recover from in time for Friday’s match against England, but we should still many of the same starters in Gregg Berhalter’s lineup.

With the possible exceptions of Weston McKennie and Sergiño Dest, who were among the first players substituted against Wales after being question marks to start in the lead-up to the opener, the other nine players who started against Wales should be physically ready to start again on Friday, though some squad rotation could take place as Berhalter weighs up his options.

Gio Reyna wasn’t used against Wales, which came as a major surprise, but the move was apparently more a precaution with an eye toward the rest of the group stage, so we shouldn’t be surprised if Berhalter gives him the starting nod on Friday.

Berhalter will have some decisions to make at striker and right back as well, two spots where there are solid options for the USMNT to rotate even though Josh Sargent performed well against Wales.

Here is a closer look at the starting lineup we could see Berhalter deploy, and the squad SBI would recommend Berhalter consider playing against England on Monday:

Matt Turner was solid against Wales, making two saves and putting himself in good spots regularly, save for his late-game foray up the field, which nearly yielded a chance for the Welsh.

Dest had some good moments against Wales, but didn’t have the impact in the attack you would have hoped for. Gregg Berhalter can choose to go with a more defensively solid option at right back in Shaq Moore to deal with England’s dangerous wing threats.

The option that we can see working well is Joe Scally at right back, where he can partner with former New York City FC academy teammate Gio Reyna on the right flank.

At centerback, Walker Zimmerman and Tim Ream should get the nod once again. They partnered to play a solid match against Wales before Zimmerman’s blunder to give up a penalty.

Among the other centerback options, Cameron Carter-Vickers would be an interesting option, and not only because of the subplot of him facing England, where he was born and raised. Carter-Vickers and Aaron Long are more likely to be candidates to face Iran in the final group match.

Adams was outstanding against Wales and is one of the only players Berhalter is likely to consider for starting roles in all three group matches, and while Musah struggled physically in the second half against Wales, he should get the starting nod once again.

The real question is just how capable is Weston McKennie of starting his second match in four days? He came off early against Wales and appeared to have an issue with his leg. Berhalter is likely to want McKennie’s power in the midfield if he’s healthy, but if he isn’t 100 percent then Brenden Aaronson has to be the players he turns to.

Aaronson’s tenacity and creativity could make him a good option off the bench, like he was against Wales, but the USMNT will be better-suited to deal with England’s dangerous midfield threats if Aaronson is in the starting lineup and buzzing around applying pressure.

Gio Reyna’s absence on Monday became a major subplot, but Gregg Berhalter’s cautious approach to handling the Borussia Dortmund star should have him ready to face England. He doesn’t provide the speed threat Tim Weah brings to the wing, but his vision and ability to exploit gaps in opposing defenses make him a key to the USMNT’s chances of pulling the upset.

Josh Sargent performed well in the target striker role against Wales, but Berhalter could choose to go with Jesus Ferreira against England, where Ferreira’s quickness and ability to combine make him a viable option. Sargent’s physicality make him well-suited to deal with England’s big defenders and Berhalter could deploy him with an eye toward inserting Ferreira in the second half.

One option for Berhalter to consider is starting Tim Weah at striker, where his speed threat would open spaces for Pulisic and Reyna to exploit. Weah isn’t a traditional target striker, but his pace and well-timed runs could punish the English back-line.

What do you think of the projected USMNT Starting XI vs. England? Would you rather see the SBI Preferred XI?