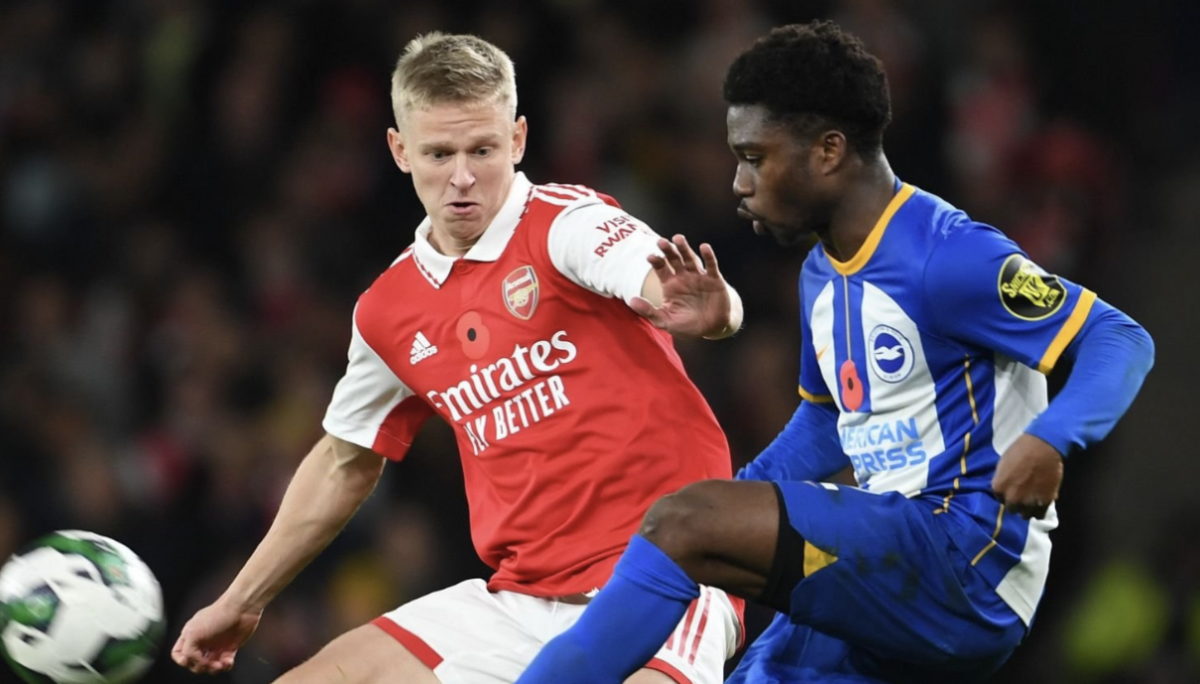 Brighton & Hove Albion got the better of Arsenal in the pair’s EFL Cup showdown back in early November and Roberto De Zerbi’s squad will be hopeful for a repeat performance against the Gunners in English Premier League action this weekend.

Saturday’s EPL showdown at the Amex Stadium will pit seventh place Brighton vs. first place Arsenal in the headlining contest of the weekend. Brighton rebounded from its EFL Cup upset at the hands of Charlton by defeating Southampton 3-1 on Boxing Day.

Arsenal is cruising as league-leaders, five points clear of Manchester City and seven clear of Newcastle United. Mikel Arteta’s squad overcame a first-half deficit on Boxing Day to defeat West Ham United 3-1 as Bukayo Saka and Gabriel Martinelli were amongst the goalscorers.

La Liga action resumes this weekend with league-leaders Barcelona hosting rivals Espanyol in Saturday’s early contest. The Catalan club has won its four last four matches prior to the World Cup break and will be eager to pick up where they left off against an Espanyol side fighting to move away from the bottom three.

Ligue 1 also continues its return this weekend with a top-two clash in France. Paris Saint-Germain visits second place Lens on Sunday, looking to extend its advantage at the top of the table.

PSG used a 96th minute winner from Kylian Mbappe to defeat Strasbourg 2-1 on Wednesday while Lens was left frustrated after a goal-less draw at Nice on Thursday. Lionel Messi and Neymar have totaled 24 league goals between them this season while Lens has 26 total as a team.

The English Championship continues its grueling schedule on Sunday with Huddersfield-Luton Town headlining the five-match slate. American attacker Duane Holmes comes into the match with added confidence after scoring his first league goal of the season for the Terriers while USMNT goalkeeper Ethan Horvath has continued to excel between the posts for the Hatters.

If you haven’t yet, be sure to sign up for your free trial of ESPN+ for your soccer streaming needs.

Here is a full rundown of This Week’s Soccer on TV and Online: