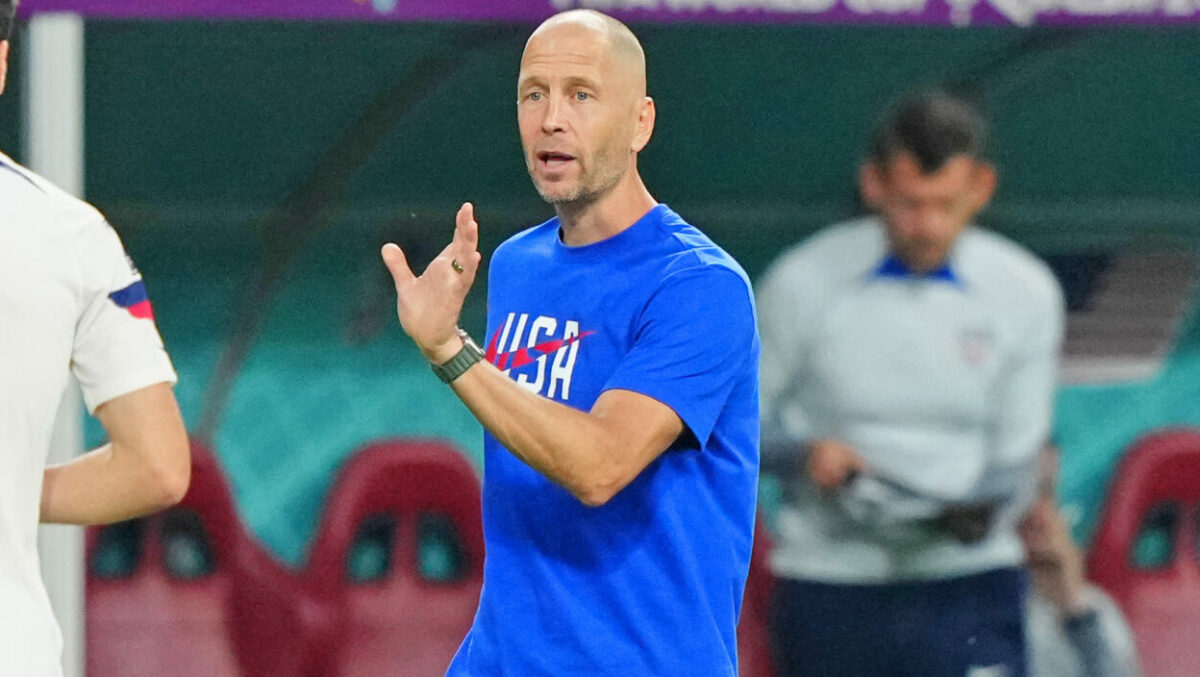 U.S. men’s national team head coach Gregg Berhalter has received both praise and criticism during his spell in charge of the team over the past four years and despite Saturday’s FIFA World Cup Round of 16 elimination at the hands of the Netherlands, players remain supportive of the job he has done with the program.

Berhalter watched on the sidelines as his USMNT squad lost 3-1 to the Netherlands in its first Round of 16 involvement since 2014. A trio of defensive breakdowns hurt the Americans in the defeat, with Memphis Depay, Daley Blind, and Denzel Dumfries all celebrating goals for the Dutch.

Berhalter’s current contract is set to expire at the end of the year, opening new opportunities for the 49-year-old both in the United States and overseas. However, Berhalter’s players support him for the work he has continued to put in as the program improved up the FIFA Rankings.

“I hope so,” USMNT left back Antonee Robinson said when asked about Berhalter’s possible return as head coach. “He’s given a lot of boys the chance to want develop with this group. I have certainly enjoyed playing every single minute. It’d be nice for him to continue his journey, but that’s completely up to him. We’re thankful for everything he’s done either way.”

Berhalter has registered a 37-11-12 record in his four years with the USMNT, winning the Concacaf Gold Cup and Nation League titles in 2021. He helped the Americans return to the World Cup following their failure to do so in 2018, while also giving plenty of opportunities to new, exciting talents in the squad, such as Yunus Musah, Sergino Dest, and Gio Reyna.

The USMNT isn’t set to take the field again until late January with Serbia and Colombia opposing the Americans in a pair of 2023 friendlies. Berhalter has yet to commit his future to the USMNT following Saturday’s World Cup exit and an answer on that won’t be expected for the next few weeks.

“For the last month-and-a-half, I only focused on on the World Cup, only focused on achieving things with this group,” Berhalter said. “Over the next couple of weeks, I’ll clear my head, sit down, and think about what’s next.”