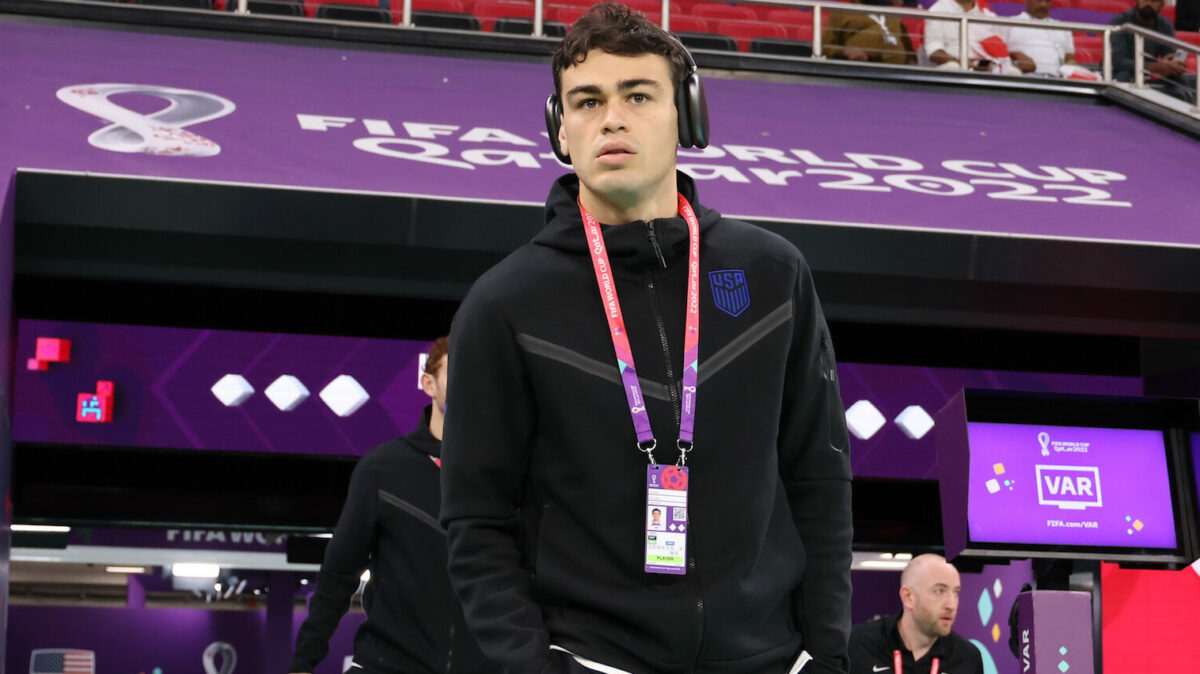 The Gio Reyna-Gregg Berhalter soap opera took its latest turn on Tuesday, with Gio Reyna issuing a statement via Instagram to address the controversial revelations inadvertently revealed by Gregg Berhalter about the young standout’s behavior with the U.S. men’s national team at the recent FIFA World Cup.

I hoped not to comment on matters at the World Cup.  It is my belief that things that happen in a team setting ought to remain private.  That being said, statements have been made that reflect on my professionalism and character, so I feel the need to make a brief statement.

Just before the World Cup, Coach Berhalter told me that my role at the tournament would be very limited.  I was devastated.  I am someone who plays with pride and passion.  Soccer is my life, and I believe in my abilities.  I fully expected and desperately wanted to contribute to the play of a talented group as we tried to make a statement at the World Cup.

I am also a very emotional person, and I fully acknowledge that I let my emotions get the best of me and affect my training and behavior for a few days after learning about my limited role.  I apologized to my teammates and coach for this, and I was told I was forgiven.  Thereafter, I shook off my disappointment and gave everything I had on and off the field.

I am disappointed that there is continuing coverage of this matter (as well as some highly fictionalized versions of events) and extremely surprised that anyone on the U.S. men’s team staff would contribute to it.  Coach Berhalter has always said that issues that arise with the team will stay “in house” so we can focus on team unity and progress.  I love my team, I love representing my country, and I am focusing now only on improving and growing as a soccer player and a person.  I hope that going forward each person involved in U.S. Soccer focuses only on what is in the best interest of the men’s national team so we can enjoy great success at the World Cup in 2026.

Reyna’s statement is a damning one for Berhalter, from the very valid point that Berhalter failed to keep the incident “in house”, to the rather convenient framing of Berhalter’s explanation of what Reyna’s role would be at the World Cup.

Reyna confirms that he was the player Berhalter was talking about in his recent statement about nearly sending a USMNT player home from the World Cup, but also takes the time to try and explain away his behavior as just the emotional response of a player who really wanted to help the team win.

The public reaction is what is to be expected, with Berhalter catching the majority of the heat, and USMNT fans siding with Reyna and accepting his message at face value.

The messy situation is very likely to impact U.S. Soccer’s own evaluation process of Berhalter’s future as head coach, and the clearly damaged relationship between Berhalter and one of the USMNT program’s most talented young players could wind up being a situation that Berhalter cannot recover from.

What do you think of this development? Believe Reyna’s statement and see Berhalter being completely to blame, or do you think Berhalter handled the Reyna situation the only way he could during the World Cup? See Berhalter recovering from this and being re-hired as USMNT head coach?