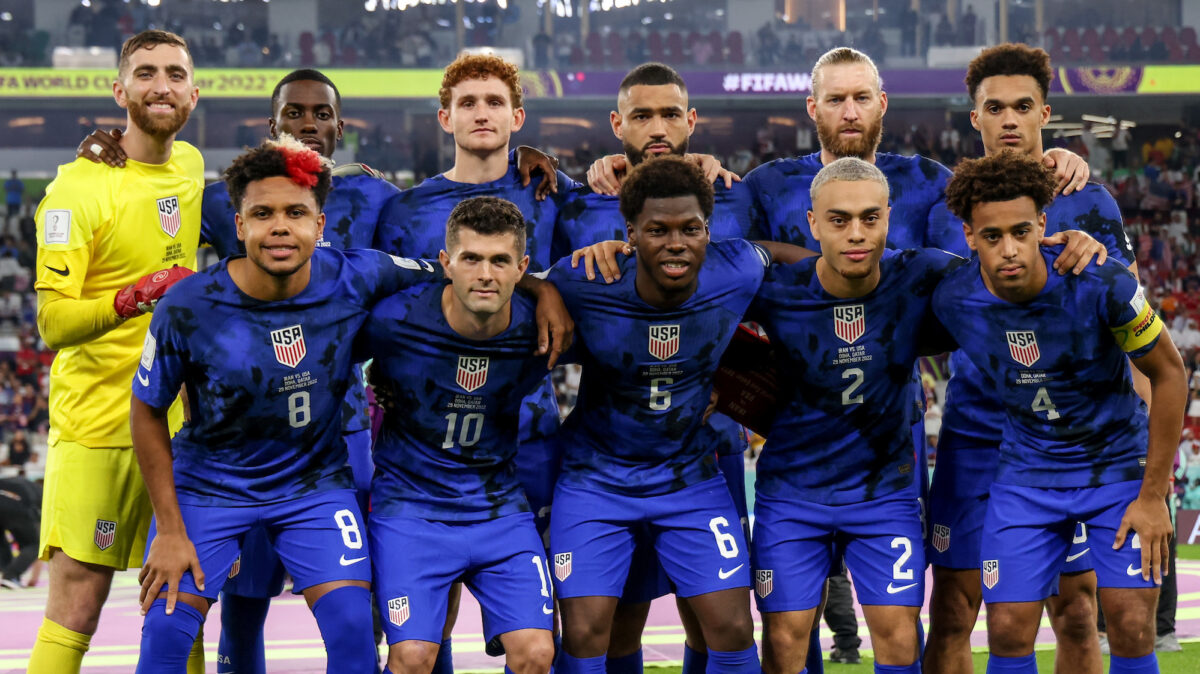 DOHA, Qatar — Another strong defensive performance highlighted the U.S. men’s national team’s crucial 1-0 World Cup victory over Iran, which booked their place in the Round of 16.

For the third straight match the USMNT’s opponent failed to break through and score in the run of play, with Gareth Bale’s penalty kick in the opening draw with Wales remaining the only blemish on the record of the stingy American defense.

There were outstanding performances throughout the USMNT lineup, and not just along the back-line, with Christian Pulisic sacrificing his body to deliver the winning goal, and Tyler Adams enjoying another Man of the Match-worthy display.

Who were the best performers for the USMNT against Iran? Here is a closer look at how the American players performed individually:

Didn’t have to make a single save, but was active in his positioning, registering 10 recoveries while connecting on seven of his 12 long passes.

Delivered the game-winning assist, and remained a constant threat getting forward, but also provided excellent defensive work, closing down Iranian threats on his flank, finishing with seven recoveries and six duels won.

Showed incredible poise in what was his World Cup debut. Shut down Iranian attacks on multiple occasions, finishing with four clearances, four recoveries and five duels won. He was also sharp with his passing, completing 51 of 59 passes.

A third straight impressive shift for the Fulham centerback, who finished with the highest passing completion percentage on the team (92 percent), completing 54 of 59 passes while also contributing four clearances and five recoveries.

Very active and effective shift on the left flank, with Robinson providing a threat going forward as well as relentless defensive pressure. Robinson finished with 68 touches, tied for second most on the team, and he also finished with nine recoveries and three clearances.

Another Man of the Match performance from Adams, who was all over the field, and this might have been his most complete match due to his increased attacking output. Completed a game-high 63 of his 70 passes, including nine of 10 long-range passes. He finished with a game-high 12 recoveries, along with three tackles and seven duels won.

His excellent long pass to Sergiño Dest helped set up the game-winning goal, and he did well to get into the attack and put pressure on Iran’s defense. Played 65 minutes, and looked to tire before being pulled out, but put in plenty of defensive work at the start of the second half.

Enjoyed what may have been his best match of the World Cup. The Valencia midfielder finished with a game-high four tackles, and 11 recoveries and eight duels won. Musah completed 44 of 51 passes, including all 18 of his passes in the middle third of the field.

Scored the game-winning goal in brave fashion and added two chances created during his 45-minute shift. Finished with four shot-creating actions, most on the team despite playing just one half.

Completed 18 of 20 passes, and was combining very well with Tim Weah, only to have Weah waste some of the interplay. Sargent finished with three shots, and put in the defensive work to help keep Iran off the scoreboard.

Came within inches of scoring his second World Cup goal, and provided tireless defensive work, but his attacking game lacked sharpness and he may have felt the effects of making his third start in eight matches. Wasted some good looks and combinations with Josh Sargent.

A relatively quiet 45-minute shift in place of Christian Pulisic for the second half. Provided his trademark pressing, and added two chances created, but his 26 total touches were a bit low for his usual standard.

Registered two tackles and two clearances during his eight minutes, but also made some mistakes that helped make the final minutes even more nervy.

Wasted a clear look, failed to provide adequate defensive pressure from the front, and forced a weak shot late rather than dribbling to the corner flag to kill off the final moments of the match.

What do you think of these grades? Who deserved a better grade than they received? Who received too generous a grade?