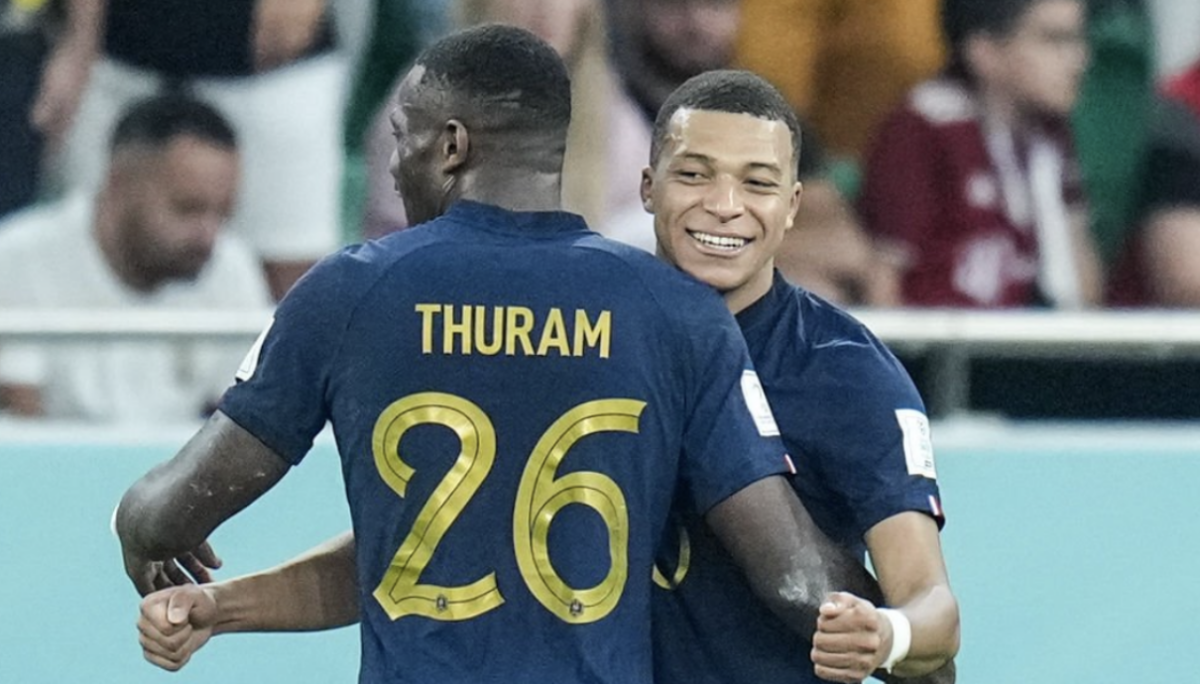 The 2022 FIFA World Cup quarterfinal field is set with defending champions France set to face England in the most high-profile matchup of the round.

Friday’s quarterfinal will be the first competitive showdown between the two countries since the 2012 European Championships. France has been led by star attacker Kylian Mbappe, who currently leads the Golden Boot race with five goals. Didier Deschamps squad also possesses many other scoring options with Olivier Giroud, Antoine Griezmann, and Ousmane Dembele all joining Mbappe in the attacking third.

England has registered three-straight clean sheets since a 6-2 opening victory over Iran in group stage action. Gareth Southgate’s squad used three goals in a 19-minute period to defeat Senegal 3-0 in the Round of 16, with Tottenham forward Harry Kane getting on the scoresheet for the first time this tournament. Marcus Rashford and Phil Foden are likely candidates to start alongside Kane in the attack while Harry Maguire and John Stones lead the backline.

Here is a closer look at all of the quarterfinal matchups:

Tournament favorites Brazil brushed aside South Korea in the Round of 16, but will face a sterner test in the form of Croatia in the quarterfinals.

The No. 1 ranked team in the world scored four goals in first half of a 4-1 victory over the South Koreans, watching Neymar and Vinicius Junior steal the show. Both players scored once and assisted once, while Richarlison and Lucas Paqueta also got on the scoresheet. Defensively, Brazil has conceded only three goals in four matches and will be hoping Thiago Silva and Marquinhos can gel once again to eliminate 2018 finalists, Croatia.

Croatia needed penalty kicks to edge Japan in the Round of 16 and will certainly need more than one goal to defeat Brazil. Zlatko Dailc’s squad have been one of the best defensive teams in the tournament, conceding only two goals in 490 minutes. Dejan Lovren and Josip Juranovic have been among the standout defenders for Croatia while veteran creators Luka Modric and Ivan Perisic provide the best chance in helping it get after the Brazilian backline.

In a rematch of the 2014 World Cup semifinals, Argentina and the Netherlands meet for the first time in eight years.

Argentina has rebounded from a shock 2-1 loss to Saudi Arabia by defeating Mexico, Poland, and Australia in its last three matches. Lionel Messi’s three goals and one assist have been one of the main talking points in Argentina’s turnaround while Nicolas Otamendi and Cristian Romero have done well in helping the Albicelestes’ concede only two goals through 360 minutes. Aston Villa goalkeeper Emiliano Martinez has made important saves when needed for Argentina and could be called on again to deliver against the Dutch.

The Netherlands have yet to suffer defeat in Qatar, winning three of its four matches, including a 3-1 triumph over the USMNT in the Round of 16. Similar to Argentina, the Dutch have only conceded two goals in the tournament, thanks to Virgil Van Dijk’s leadership in the backline, and goalkeeper Andries Noppert’s heroics in goal. Cody Gakpo has delivered a breakout tournament for Louis Van Gaal’s squad by scoring three goals to date while Davy Klaassen has also been key with one goal and two assists.

Saturday will mark only the second-ever World Cup meeting between Morocco and Portugal with both teams finding their form at the right time.

Portugal thrashed Switzerland 6-1 in the Round of 16 with Benfica striker Goncalo Ramos scoring his first-ever international hat trick in the process. Joao Felix registered two assists in the win and has gotten the nod over Cristiano Ronaldo in the attacking front. Bruno Fernandes has been influential in the final third himself by scoring two goals and registering three assists. 39-year-old centerback Pepe has remained a stalwart in the Portugal backline and will be tasked alongside Ruben Dias to keep an underrated Morocco attack in check.

Morocco eliminated Spain via a penalty shootout in the Round of 16 with Sevilla goalkeeper Yassine Bounou making two saves in the process. Bounou has been among the top goalkeepers in the tournament by registering three clean sheets and helping Morocco hold teams to only one goal scored through 390 minutes of action. Hakim Ziyech remains the top offensive threat for Morocco while Achraf Hakimi’s distribution off the wing will also be high on Portugal’s objectives to stop.