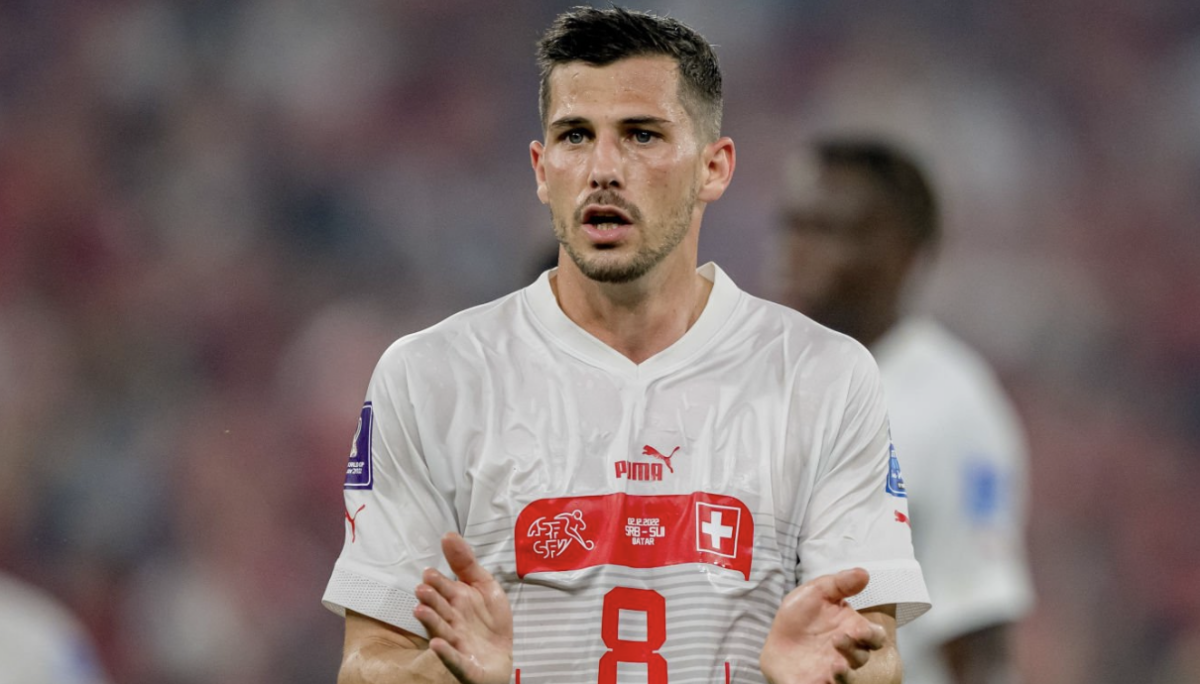 Switzerland and Serbia faced off in Group G action on Friday with a second-half winner from Remo Freuler serving as the deciding goal in a five-tally affair.

The Swiss joined Brazil as Group G’s qualified teams after eliminating Serbia by a 3-2 scoreline. finishing as runner-up to the Brazilians. Gregor Kobel made two saves in the victory for Switzerland, setting it up for a Round of 16 clash with Portugal.

Xherdan Shaqiri broke the deadlock for the Swiss in the 20th minute, picking up a pass from Dijbril Sow and drilling a low shot into the bottom corner. It was Shaqiri’s first goal of the tournament.

Serbia swung momentum into its favor not long after as Aleksandar Mitrović equalized in the 26th minute before Dusan Vlahovic propelled the Serbs in front just nine minutes later. Mitrovic’s powerful header beat Kobel to the bottom corner while Vlahovic slid a pass from Dusan Tadic to propel Serbia in front.

The back-and-forth affair continued as Switzerland tied things up in the 44th minute. After Manuel Akanji ended a Serbia attack on one side of the field, Silvan Widmer’s low cross was met by Breel Embolo for a 2-2 scoreline.

Switzerland snatched the eventual winning goal just three minutes into the second half as Ruben Vargas’ flicked pass was finished by Freuler.

Serbia did its best to try and reclaim its advantage, but failed as Switzerland moved on to the knockout stage.

Here is a closer look at Friday’s World Cup results:

South Korea waited until the final minutes of Group H action to punch its ticket to the Round of 16, but a 91st minute winner ultimately propelled the Asian side forward.

Hee-Chan Hwang winning goal helped South Korea knock off group winners Portugal 2-1 and edge Uruguay to the second qualifying spot. Seung-Gyu Kim made five saves in the victory for the South Koreans, who rebounded from only one point in their opening two matches.

Ricardo Horta needed only five minutes to boost Portugal into the first-half lead, getting on the end of Diego Dalot’s cross and scoring. Horta celebrated as his shot nestled into the far corner of Kim’s net.

South Korea equalized in the 27th minute after Cristiano Ronaldo failed to clear from a corner kick. Young-Gwon Kim made the longtime legend pay, volleying past Diogo Costa and giving South Korea a lifeline.

Kim made one key save later in the first half to keep the sides level before South Korea eventually celebrated a monumental three points. South Korea will face Brazil in the Round of 16 while Portugal takes on Switzerland.

Giorgian de Arrascaeta scored twice in a six-minute period in the first half while Sergio Rochet made one penalty save in a 2-0 victory. Rochet finished with four saves to earn his second clean sheet of the tournament, but Uruguay ultimately suffered disappointment.

Andre Ayew was denied from the penalty spot in the 18th minute as VAR ruled in favor of a spot kick for Ghana. However, Rochet was up to the task and denied the veteran forward to keep the sides level.

De Arrascaeta punished Ghana just eight minutes later, finishing off a rebound from Luis Suarez’s original effort. The 28-year-old doubled his tally and Uruguay’s advantage in the 32nd minute, picking up a one-time pass from Suarez and scoring past Lawrence Ati-Zigi.

Cameroon’s World Cup hopes ended on Friday, but the African squad enjoyed a positive ending to life in Qatar with a shock 1-0 victory over Brazil.

Vincent Aboubakar scored in stoppage time for Cameroon while goalkeeper Devis Epassy made seven saves to preserve the shutout win. Aboubakar’s strong header between two Brazilian defenders nestled into the corner and broke the deadlock from Lusail.

Ederson kept the sides level going into halftime, diving to his left to punch away Bryan Mbeumo’s header from finding the corner.

Brazil’s pressure continued to pile up in the second half with Epassy continuing to impress. Martinelli was denied once again by the veteran shot-stopper before Eder Militao’s rebound attempt later in the half deflected off the post.

Bruno Guimaraes’ last-gasp effort was held firm by Epassy, closing out a historic win for Cameroon.