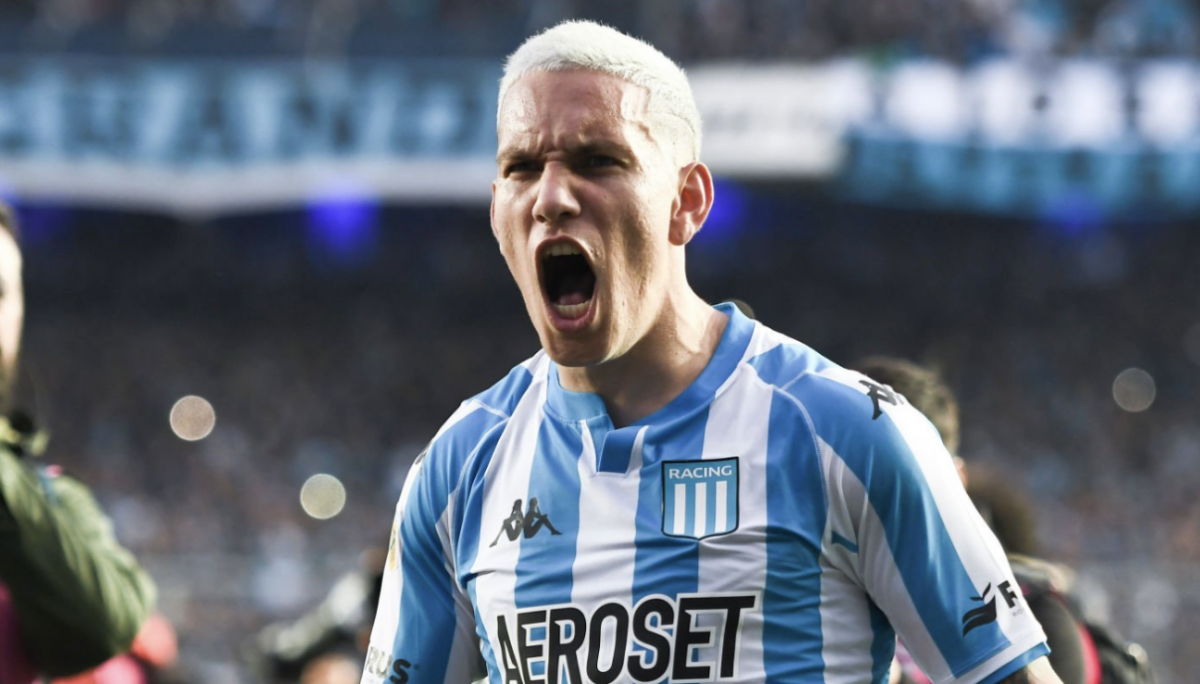 Charlotte FC added what it hopes is its next star on Wednesday with Enzo Copetti making the switch to MLS.

Copetti, 26, enjoyed back-to-back impressive seasons with Argentinian side Racing Club, logging 21 of his 31 total goals for the club in 2021-22 alone. He joins Charlotte FC as a Designated Player through the 2025 MLS campaign.

Copetti began his professional career with Atlético de Rafaela before moving to Racing Club in 2021. In total, Copetti registered 37 goals and 10 assists in 150 career appearances in his native Argentina.

“We’re delighted to complete the permanent signing of Enzo to become our next Designated Player,” sporting director Zoran Krneta said in a release. “He’s a clinical goalscorer for one of the biggest clubs in Argentina and we are confident his physical profile and skillset will translate well to Major League Soccer.”

He joins Karol Swiderski and Kamal Jozwiak as Charlotte FC’s third and final DP on the roster.

Here is a closer look at the latest MLS News:

Kei Kamara enjoyed a positive campaign with CF Montreal in 2022, but the veteran forward doesn’t look set to stay in Canada this year.

Kamara requested a trade from the Canadian club on Wednesday, voicing the new from his Twitter account. The 38-year-old was CF Montreal’s second-highest goalscorer last season, contributing nine goals and seven assists as they finished second in the Eastern Conference.

Kamara joined the team prior to the 2022 season and saw his 2023 contract option exercised by CF Montreal. Should the Sierra Leone international fully decide to leave, he will become the latest CF Montreal to depart this offseason, joining Djordje Mihailovic, Alistair Johnston, and Kamal Miller on a growing list.

Kamara’s 139 career MLS goals are only six behind Landon Donovan for the most goals scored in MLS history. Mason Toye and Romell Quioto are CF Montreal’s leading forwards heading into its first campaign with Hernan Losada as head coach.

The Chicago Fire added its third and likely final goalkeeper heading into the 2023 MLS season.

Jeffrey Gal joined the Eastern Conference club on a free transfer from Swedish top-flight side Degerfors IF, the club announced Wednesday. Gal, 29, signed a one-year deal with the Fire, which includes options for both 2024 and 2025.

“We are very excited to welcome Jeff to his hometown club,” Chicago sporting director Georg Heitz said in a release. “He has taken a unique path in his career and established himself at a high level in Europe over the past several years.

“Chicago has a strong history at the goalkeeper position and his experience will be a great asset to our group of goalkeepers as they continue to challenge each other and fight for valuable game minutes.”

Gal spent his entire career in Sweden, having appeared in 75 matches across all leagues and competitions. He most recently played for Degerfors, while also previously playing for Lidköpings FK, BK Forward, and Skövde AIK.

The 31-year-old’s contract now runs through the 2024 MLS season, which also includes an option for 2025. MacMath played every minute of last season for RSL, helping the Western Conference club reach the MLS Cup Playoffs for the second-straight campaign.

He made a career-high 102 saves and recorded 10 clean sheets for Pablo Mastroeni’s men.

“I’m very excited to extend my stay here in Utah for three more years,” MacMath said in a release. “We have created a great culture around the club, and I hope to continue to add to that culture for years to come.”

MacMath is a 12-year veteran after previously playing for the Philadelphia Union, Vancouver Whitecaps, and Colorado Rapids.

Inter Miami added another veteran piece to its roster on Wednesday with defender Franco Negri signing a two-year deal with the club.

Negri, 27, has mainly featured as a left back throughout his professional career, but can also feature in midfield. His contract also includes an option for 2025.

Negri’s career began with San Lorenzo in 2016 before featuring for several clubs in his native country of Argentina. He spent last year with Godoy Cruz, where he contributed two assists across 32 appearances.

“We are thrilled to strengthen our squad with an experienced and versatile player like Negri and are excited to see him represent Inter Miami as we work towards a successful season in 2023,” chief soccer officer and sporting director Chris Henderson said in a release.

Negri will compete for the starting left back job alongside veteran Kieran Gibbs and youngster Noah Allen.