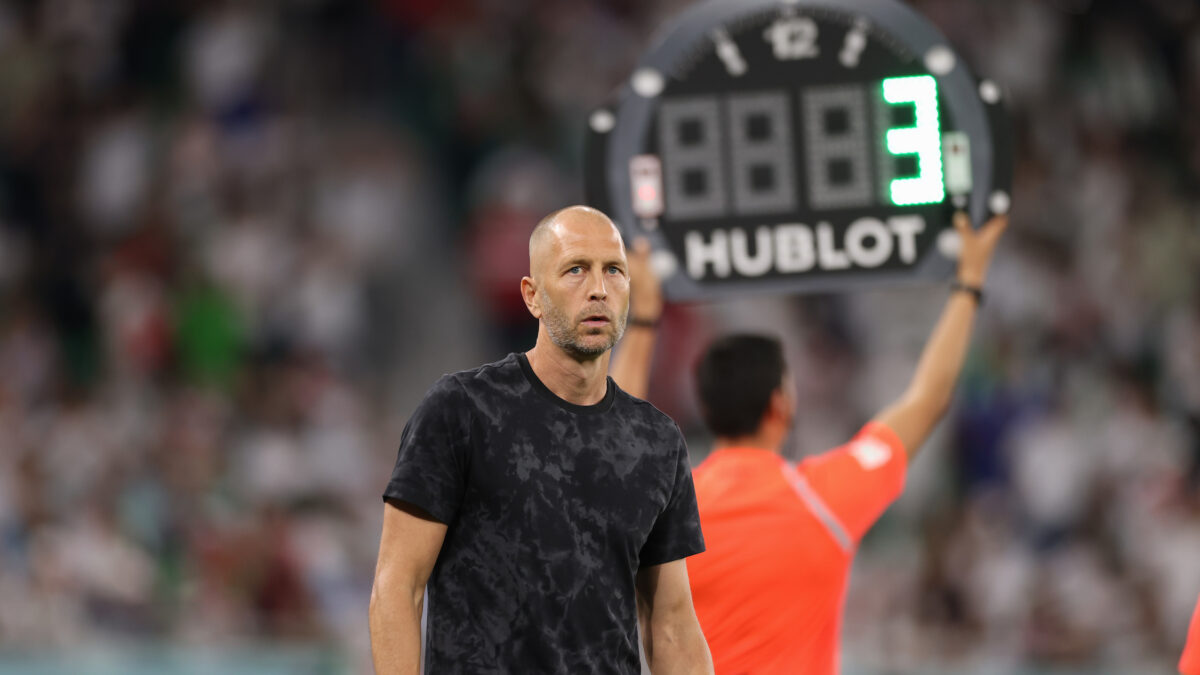 Gregg Berhalter’s future as U.S. men’s national team remains uncertain after the recent expiration of his contract, but now the American coach has become the center of controversy after the revelation of an incident in his past that has sparked an investigation by U.S. Soccer.

Berhalter revealed on Tuesday an incident of domestic violence that occurred in 1991 between him and his future wife Rosalind when Berhalter was 18. Berhalter’s revelation came shortly before U.S. Soccer announced its own investigation into the incident.

According to the statement released by Berhalter via Twitter, an individual threatened to blackmail him and U.S. Soccer with the information about the 1991 incident in hopes of ending Berhalter’s tenure as USMNT coach.

“In the fall of 1991, I met my soulmate. I had just turned 18 and was a freshman in college when I met Rosalind,” Berhalter wrote on Twitter. “One night, while out drinking at a local bar, Rosalind and I had a heated argument that continued outside. It became physical and I kicked her in the legs.”

“The lessons learned from that night over three decades ago became the foundation for a loving, devoted, and supportive relationship, which we honored and celebrated with our 25th wedding anniversary this past weekend,” Berhalter added.

Berhalter admitted he sought counseling after the incident and eventually married Rosalind. They currently have four children together.

Berhalter is currently out of contract following the expiration of his contract with U.S. Soccer on December 31. The former USMNT player led the Americans to a Round of 16 finish at the 2022 FIFA World Cup, their first involvement in eight years.

What happens next is unclear, but the revelation casts a shadow over U.S. Soccer’s decision-making process as the federation determines whether to bring Berhalter back as head coach or go in a different direction. That is assuming Berhalter wants to return as USMNT coach.

According to U.S. Soccer’s statement on the matter, a decision has yet to be made on who will coach the USMNT for its upcoming friendlies against Serbia and Colombia, and the investigation into the incident is still ongoing.

“We appreciate Gregg and Rosalind coming forward to speak openly about this incident,” part of U.S. Soccer’s announcement read. “Consistent with our commitment to transparency, we will share the results of the investigation publicly when it is complete. U.S. Soccer condemns violence of any kind and takes such allegations very seriously.

“Last month, U.S. Soccer launched a full technical review of our Men’s National Team Program,” it continued. “With the review and investigation ongoing, U.S. Soccer will announce who will lead the January Men’s National Team camp in the coming days. We look forward to building off the performance in Qatar and preparing for the journey towards 2026.”