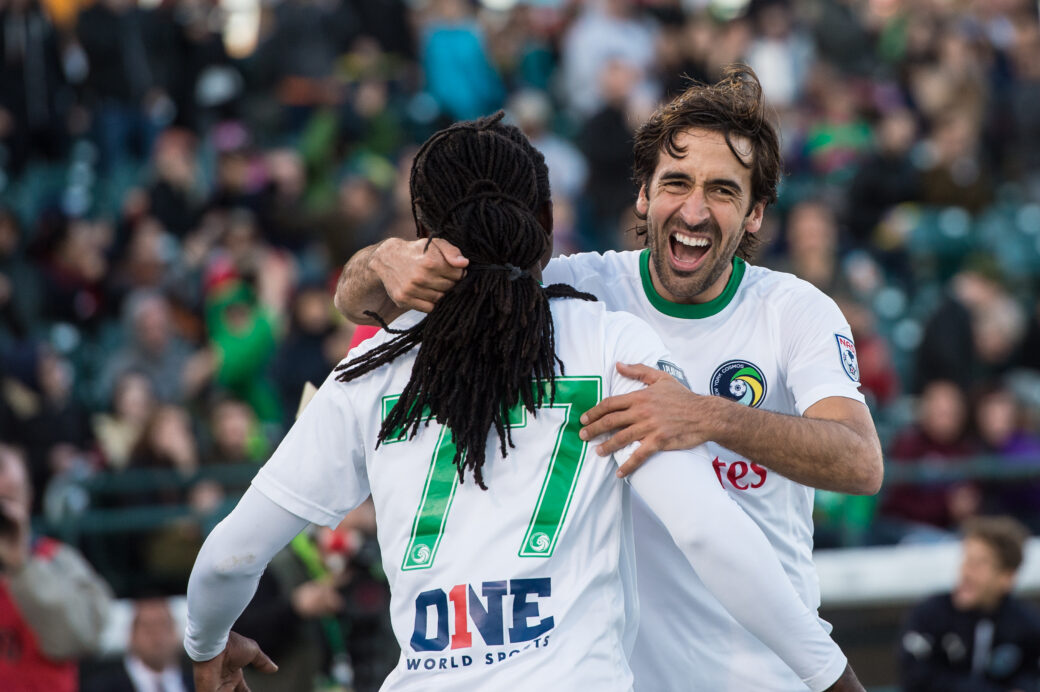 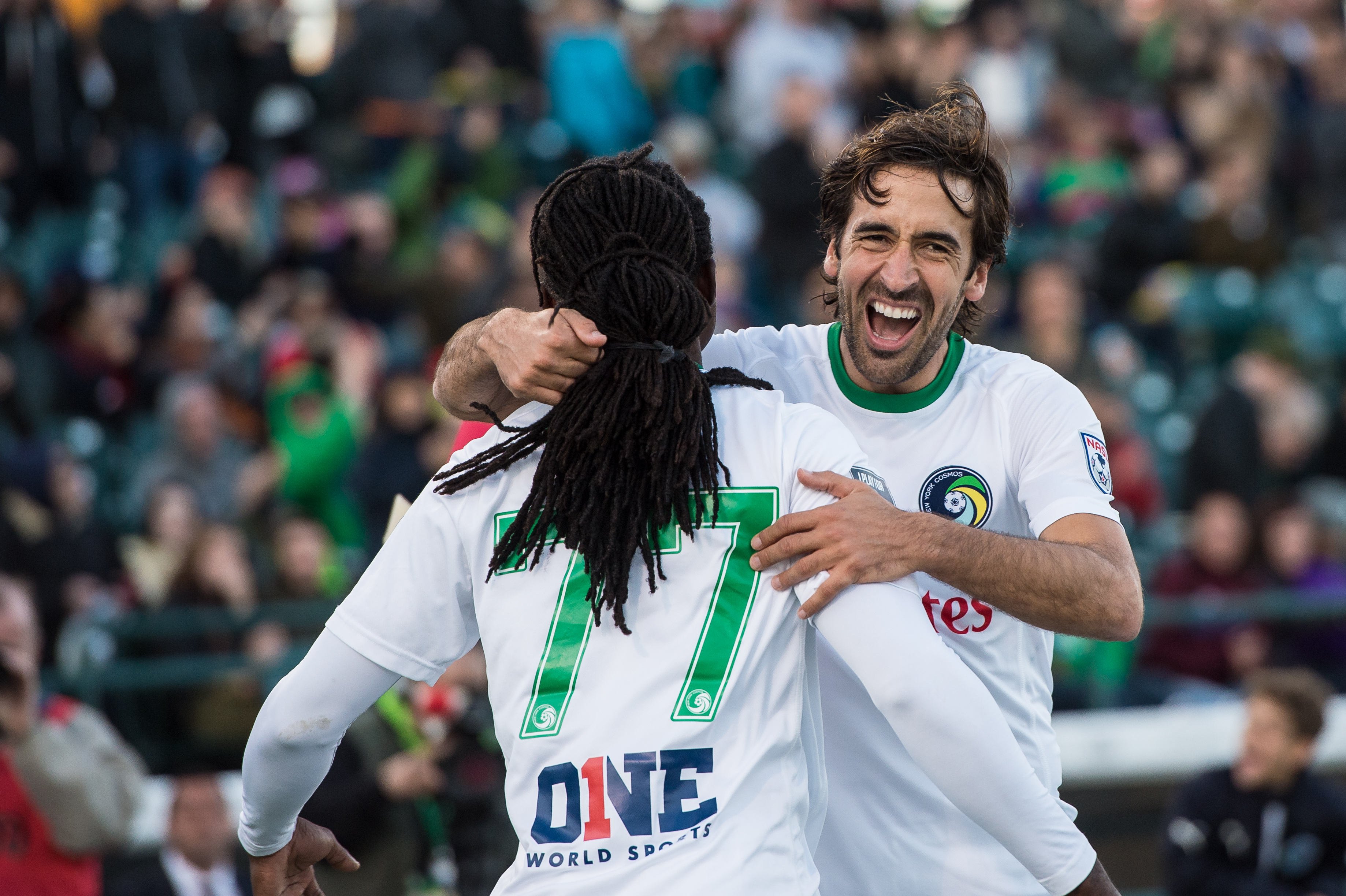 HEMPSTEAD, N.Y. — Raul and Marcos Senna may have been the legends in the spotlight, but Gaston Cellerino was the man of the hour as the New York Cosmos were crowned NASL champions once again.

A hat-trick from Cellerino saw the Cosmos defeat 10-man Ottawa Fury FC, 3-2, in the NASL Championship at James. M Stuart Stadium on Sunday night. Cellerino scored eight minutes into the match, and netted twice in the second half to give the Cosmos their second league crown in three years.

Fury FC did not make it easy on Giovanni Savarese’s side, even after losing defender Mason Trafford to a straight red card for a stomp on Sebastian Guenzatti in the 68th minute. The Canadian club pulled level at 1-1 seconds after Trafford’s ejection, and also scored a minute into stoppage-time to make for a nervy finish.

The Cosmos held on, however, and both Raul and Senna retired as champions. The two Spanish stars were playing in the final game of their distinguished careers, and each of them went the distance for the Cosmos. Raul assisted on Cellerino’s game-winning goal in the 85th minute.

Cellerino got the Cosmos going eight minutes into the match, poking home a ball after bundling through a pair of Fury FC defenders.

The Argentine forward, who was involved in most of the Cosmos’ most dangerous attacks, almost doubled the lead seconds after halftime. Cellerino got on the end of a low cross from the right on the play, but took it on the bounce and nicked the crossbar from point-blank range.

Cosmos defender Roversio saw his headed finish in the 67th minute called back, as he was deemed to have fouled his defender before nodding home.

Fury FC struggled mightily to create scoring chances, and things went from bad to worse when Trafford was given his marching orders midway through the second stanza. Fighting for a ball on the left flank with Guenzatti, Trafford proceeded to stomp with force on the fallen Cosmos midfielder before referee Alan Kelly went to his back pocket.

Despite being down a man, Tom Heinemann gave Fury FC an equalizer. Heinemann made a diagonal run into the penalty area, and collected Andrew Wiedeman’s pass before beating Cosmos goalkeeper Jimmy Maurer to the near post.

The Cosmos responded immediately, with Walter Restrepo clipping in a goal-bound cross that Fury goalkeeper Romauld Peiser pawed up into the air. The ball fell to a crowd at the back post, but it was Cellerino who got the last much before the ball crossed the goal line.

Cellerino completed his hat-trick in the 85th minute, getting on the end of a pass from Raul and clinically slipping it past Peiser.

Fury FC refused to roll over, and trimmed the two-goal deficit in half a minute into stoppage time when Heinemann scored on a sliding rebound.