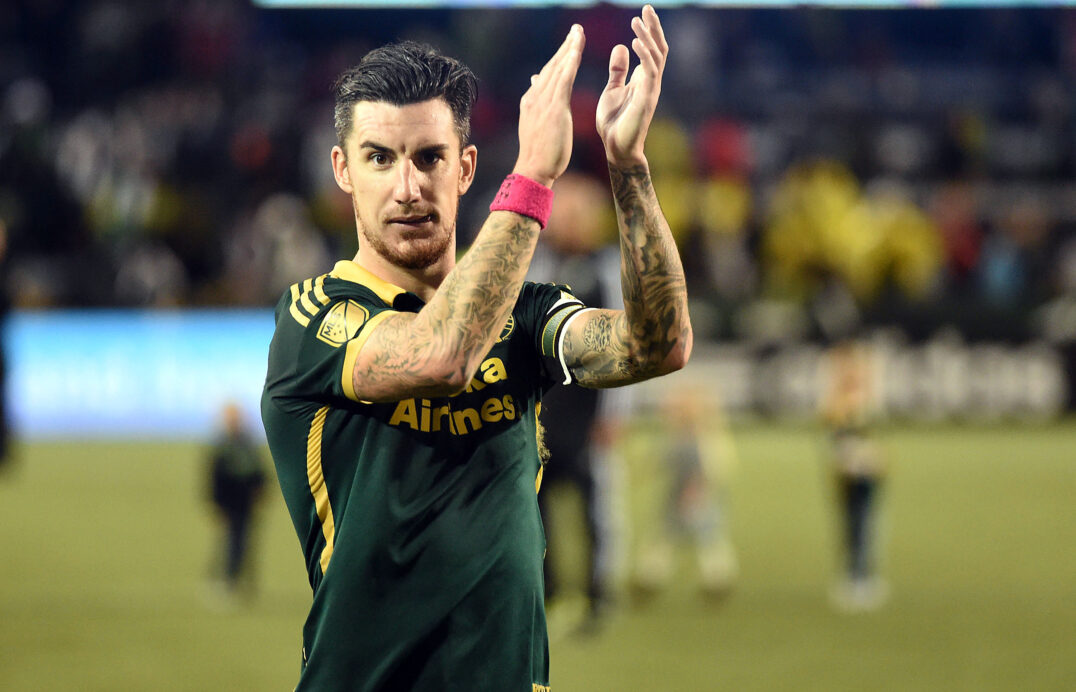 While the MLS transfer window is slowly coming to an end and teams are starting preseason camps, one member of the 2015 MLS Cup champions Portland Timbers is hoping to stay in England for a bit longer.

Timbers center back Liam Ridgewell, 31, hopes to extend his loan spell with Championship club Brighton & Hove Albion, saying: “It saves me going back and doing pre-season – I can do it here and get to play in the Championship.” (REPORT)

New York City FC acquired 23-year-old Argentine left back Diego Martínez on a free transfer from River Plate today. The defender spent the previous two seasons on loan with Atlético Patronato, where he started in 32 of his 43 appearances. (REPORT)

Nigel Reo-Coker is reportedly seeking a move back to England, according to his agent. The Montreal Impact midfielder played three seasons in MLS after coming over from Ipswich Town. (REPORT)

The New England Revolution acquired 6-foot-1 defender Sambinha on loan from Sporting Clube de Portugal. The 23-year-old Guinea-Bissau international center back served as Sporting B captain, and appeared in 25 games this season. (REPORT)

The Philadelphia Union announced the re-signing of 30-year-old defender Fabinho on Friday. Since joining the team mid-season in 2013, he has scored two goals and recorded seven assists in 59 appearances. (REPORT)

Former LA Galaxy and U.S. Men’s National Team forward Landon Donovan thinks an MLS team in Las Vegas would be great for the city and league, saying: “If all of the pieces are right, there’s no reason why a city like this shouldn’t be successful if they were to get an MLS team.” (REPORT)

Real Salt Lake announced the signing of 24-year-old forward Emery Welshman, who played for the club’s USL side Real Monarchs in 2015. (REPORT)

How long do you expect Ridgewell to stay with Brighton & Hove Albion? What do you think of Clavijo’s good news? Think Las Vegas is a good city for an MLS team?