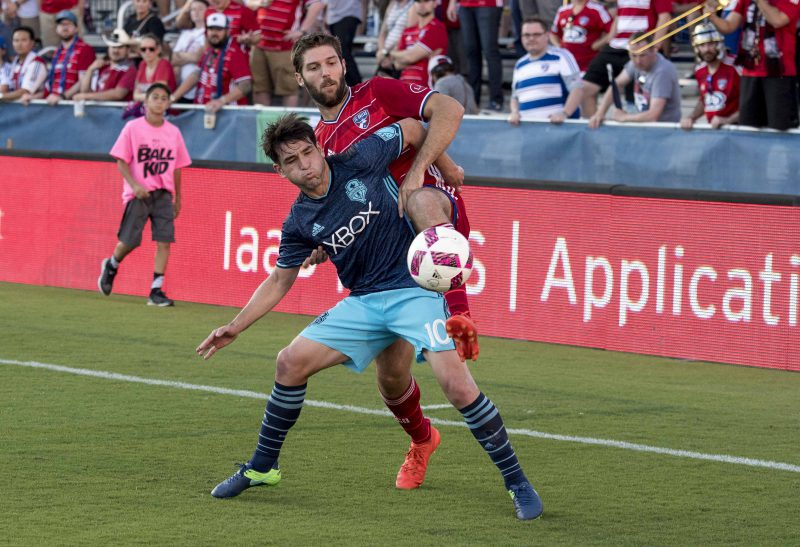 The Seattle Sounders and FC Dallas will be out for revenge for two different reasons in the Western Conference semifinals.

Fresh off a late win over Sporting Kansas City, the fourth-seeded Sounders will meet top seed FC Dallas in a rematch of last year’s conference semifinal, which Dallas won on penalties. However, the Hoops enter the postseason without playmaker Mauro Diaz after he tore his Achilles against Seattle on Oct. 16.

Either way, this game is arguably the most intriguing of the round given the absentees and recent history.

Here is a closer look at the matchup.

SEASON SERIES: Dallas won the first meeting 2-0 on May 14, but Seattle followed that up with a lopsided 5-0 victory on July 13. The Hoops responded by defeating the Sounders 2-1 in the penultimate match of the regular season.

DALLAS: The No. 1 seed does not have its main playmaker, but Michael Barrios has been clutch in several games this season. The Colombian scored in the first meeting of the season and is dangerous with his pace and technique out wide.

SEATTLE: There is no surprise here. Nicolas Lodeiro‘s arrival coincided with the Sounders’ incredible run of form to finish the regular season. He was shut down by SKC in the knockout round and Seattle’s attack struggled as a result. That is how crucial the Uruguayan has been for Brian Schmetzer’s side.

MATCHUP TO WATCH: Gruezo vs. Lodeiro. Carlos Gruezo has been sensational all season long for Dallas. The Ecuadorian midfielder will have a massive task in containing Lodeiro, because if he’s given room to operate, he’ll take advantage.

DALLAS: When FC Dallas brought in Carlos Ruiz, they added a strong veteran presence on a young squad. Ruiz scored in his only MLS appearance and has proven that age is nothing but a number. Surely he can provide a scoring threat off the bench in this conference semifinal.

SEATTLE: Osvaldo Alonso enjoyed another brilliant season for Seattle. He has shut down some of MLS’ best attackers all year long and given Dallas’ threat on the counter, Alonso will need to snuff out the danger at a moment’s notice.

The three regular-season meetings between Dallas and Seattle are almost meaningless given where both teams stand entering the conference semifinals. The Sounders were struggling in May, Dallas fielded a side with reserve players in the 5-0 loss, and Diaz suffered the Achilles injury from the previous game.

Diaz isn’t the only key injury, either. Clint Dempsey is out for the remainder of the campaign due to his heart problem. These teams are still pretty balanced, though, which is why the match is so intriguing.

As always, Lodeiro is central to the Sounders’ attack and they will live or die by him. The Uruguayan struggled to impose himself versus Sporting KC on Thursday and will be searching a bounce-back performance over these two legs. He scored the only goal versus Dallas on Oct. 16 and was active throughout that match.

The only concern for Dallas is how lethal its attack will be in this round. Oscar Pareja will surely set up his team to hit the Sounders on the break, especially in the first leg on a significantly wider field. The Hoops punished Seattle at CenturyLink on the counter last year, but can they replicate that performance without Diaz and Fabian Castillo?