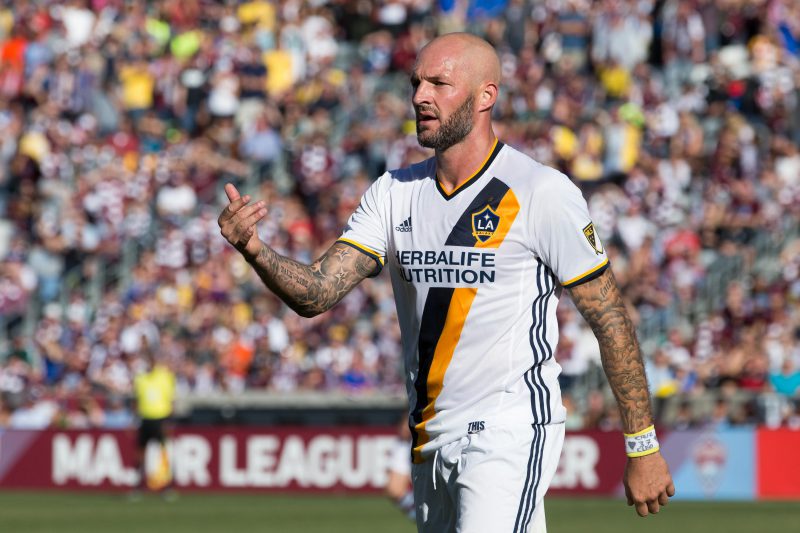 When the LA Galaxy signed Jelle Van Damme, there were questions about how he’d adjust to Major League Soccer.

The Belgian put those worries to rest after a tremendous debut season. Much like his former Standard Liege teammate Laurent Ciman, Van Damme settled right away, helping the Galaxy concede just 39 goals compared to 46 in 2015. As a result, the 33-year-old has earned the SBI MLS Defender of the Year honors.

Van Damme and the Galaxy may have been knocked out of the MLS playoffs at the conference semifinal stage, but LA has a solid centerback after losing Omar Gonzalez last year. Van Damme was never sent off and surely helped Daniel Steres settle into a starting role after coming up from LA Galaxy II this season.

Here is a rundown of the other candidates for the SBI MLS Defender of the Year Award, as chosen by SBI Editorial Staff:

No matter who has played beside at the heart of FC Dallas’ defense, Matt Hedges has consistently delivered brilliant performances for his club. Hedges made 26 appearances and continues to grow as a leader. His positioning has always been solid and he’s not afraid to get into physical battles. If it wasn’t for Van Damme’s stellar year, Hedges would have walked away with the award.

The Colorado Rapids’ dramatic turnaround has been nothing short of impressive. One of the major factors to their resurgence was the defense led by Axel Sjoberg. The commanding Swedish centerback took a huge stride in his sophomore season in MLS, helping the Rapids concede a league-low 32 goals in 2016. Sjoberg is already 25 years old, but like Hedges, he’s still got a few more years until he enters his prime, which must have Colorado salivating for the future.

2016 was a career year for FC Dallas’ Walker Zimmerman. He made 30 appearances and only earned four bookings all season long. Zimmerman even contributed offensively with four goals. The Dallas defender is still just 23 and took tremendous strides this campaign in place of Zach Loyd, who missed significant time with a concussion.

After a disappointing conclusion to the 2015 season, Toronto FC made another big splash in the offseason. One of the key acquisitions was Drew Moor, who signed as a free agent from the Colorado Rapids. The 32-year-old started in 32 of TFC’s 34 games in the regular season, and the team conceded just 39 goals in 2016, compared to a whopping 58 last season.