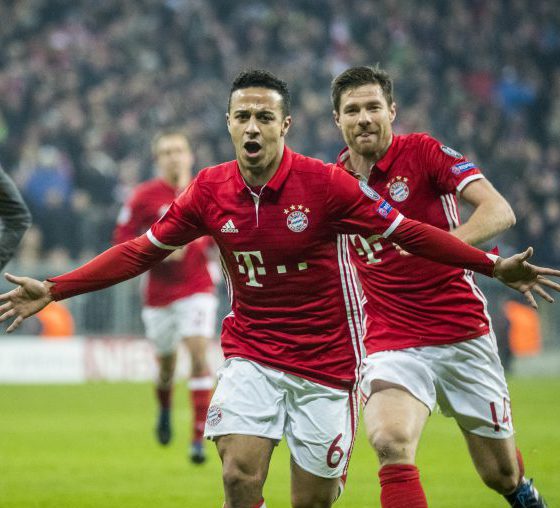 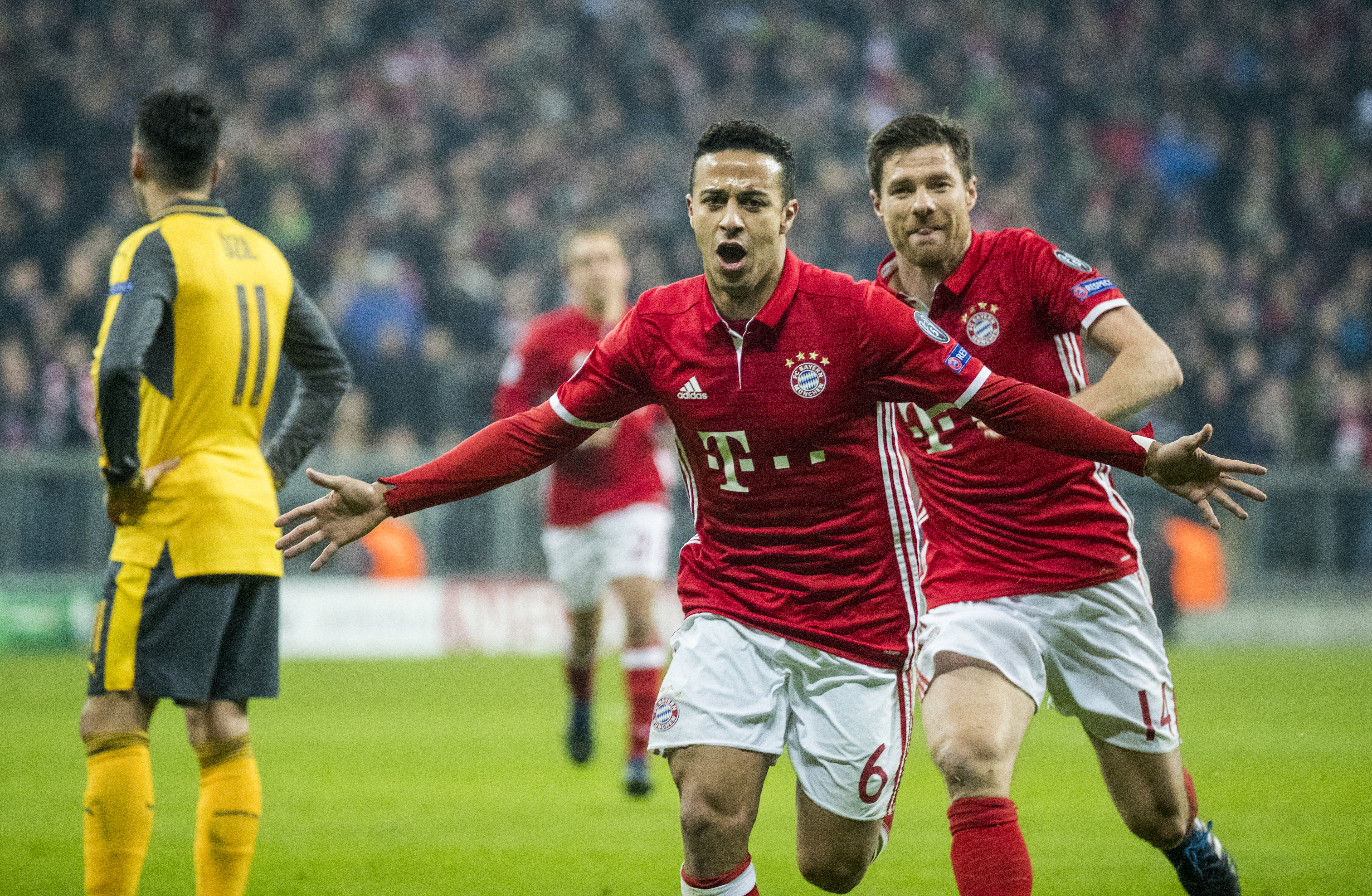 For 45 minutes in Munich, Arsenal looked like it might be ready to do something about its extended struggles with advancing past the UEFA Champions League Round of 16.

Then the second half happened and the Gunners were transported back to their all-too-familiar world of disappointment in Champions League play.

Bayern Munich rattled off four unanswered goals in the second half to post a  5-1 victory over Arsenal in the first leg of its Round of 16 clash at the Allianz Arena. Arjen Robben curled home the opening goal after 11 minutes to make it 1-0. Alexis Sanchez struck home an equalizer for the London club in the 30th, after he saw original penalty kick opportunity saved by Manuel Neuer.

Eight minutes into the second half, Robert Lewandowski headed home Bayern’s second goal of the evening for his sixth goal of the competition. Three minutes later, Thiago slotted home the striker’s assist to the bottom left corner for a 3-1 lead. The Spaniard doubled his tally from a deflected right-footed effort in the 63rd before substitute Thomas Muller added an insurance striker two minutes from time.

Arsenal’s defense was atrocious, with goalkeeper David Ospina making a handful of top-notch saves to keep the beating from being even worse.

The Gunners will host Bayern at the Emirates on March 7th, needing a huge comeback to avoid falling out at the Round of 16 for the sixth consecutive year.

REAL MADRID FIGHT BACK VERSUS NAPOLI

Despite going down early at the Santiago Bernabeu, Real Madrid fought back for a convincing victory in their first leg vs. Napoli.

Maurizio Sarri’s men took a surprising 1-0 lead eight minutes in when Lorenzo Insigne curled home a 40-yard effort past a sleeping Keylor Navas. It was the 25-year-old’s first goal of the competition, and eighth in all. However, Real answered back ten minutes later as Karim Benzema headed home Dani Carvajal’s cross for a 1-1 equalizer. It was the forward’s fifth goal of the competition.

Cristiano Ronaldo missed a great chance to put Real Madrid ahead ten minutes later as he skied his left-footed effort inside the box. Toni Kroos broke the deadlock, four minutes into the second half as he finished off Ronaldo’s assist for a 2-1 lead. Casemiro extended Real’s lead to 3-1 in the 54th as he volleyed home from outside the box.

Dries Mertens came close to pulling one back for Napoli later in the half, but Navas came up with the save. Pepe Reina made three saves in the defeat for Napoli, while the offense created only two efforts on goal.

Napoli will host Real Madrid at the Stadio San Paolo on March 7th, facing a two-goal deficit, but holding a road goal in hand.