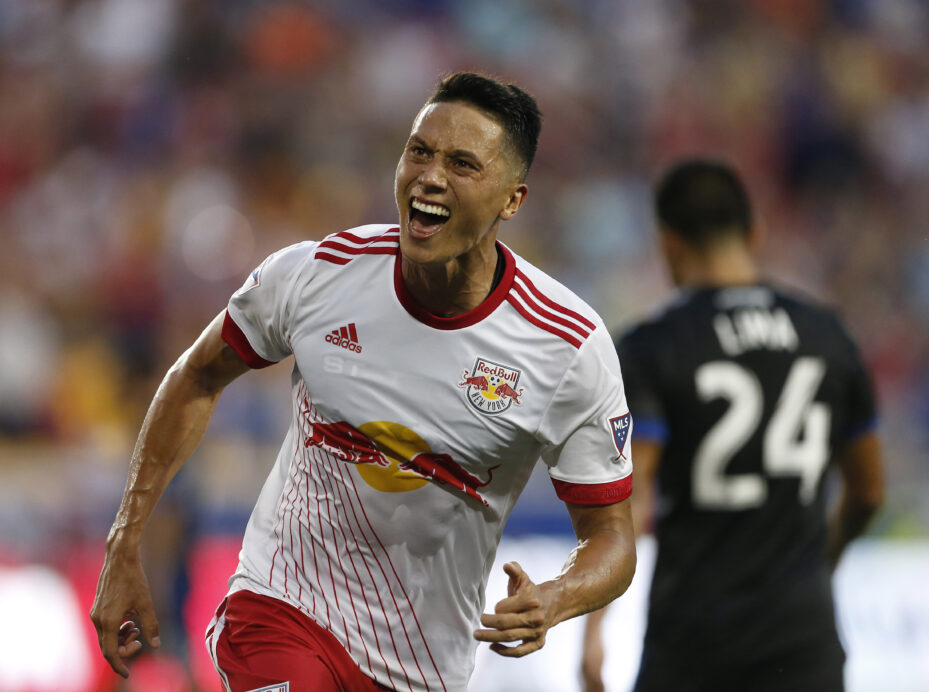 Sacha Kljestan’s leadership and talent have been redeemed.

An authoritative victory over the San Jose Earthquakes powered by Kljestan’s goal and two assist night sees the New York Red rise back above the red line in the Eastern Conference. It was a night for redemption all around as the Red Bulls won 5-1 over the Earthquakes. Gonzalo Veron, Daniel Royer, and Sacha Kljestan also put in big performances

Sean Davis’ opener for the Red Bulls in the 38th minute seemingly carried with it a wave of relief for the young player who has struggled in spurts this season. Sacha Kljestan found Connor Lade streaking down the left flank on a quickly taken free kick. The diminutive wingback squared the ball to Davis. With a single touch to settle, Davis fired the ball into the top left corner past David Bingham.

Gonzalo Veron’s late appearance once again yielded an offensive spark. First, in the 73rd minute, the maligned winger/forward beat his defender down the line and fired the ball into the box. Sacha Kljestan was there to hammer the ball home, extending the lead to 2-0.

Two minutes later. The Earthquakes were caught following Veron’s run when Sacha Kljestan slipped the ball to Felipe. Felipe fired, and the deflected shot found the back of the net.

The Earthquakes did find a consolation goal in the 88th minute on a tap in from Vaka. Jahmir Hyka crossed to Vaka unmarked in the box for an easy finish. The Red Bulls would answer two minutes later through Daniel Royer, who beat Bingham on a tight angle shot that the goalkeeper never saw coming.

The Red Bulls added an exclamation point with Royer scoring a second goal in stoppage time. Gonzalo Veron once again played creator, finding Royer on the right side of the box. Royer cut back to create space and fired a curling left footed effort into the back of the net.

The Earthquakes never truly found the match. Looking content to counter, the Quakes could not capitalize on the space they created. Chris Wondolowski found himself alone on an island for much of the match. The rest of the Earthquakes attack was too slow in the build up, and the Red Bulls were able to recover and contain.

The game did have a smudge on an otherwise great night for the Red Bulls, Connor Lade left the match just before halftime with an unspecified right leg injury. Lade was coming off of an impressive performance in the U.S. Open Cup and assisted on the Red Bull’s first half goal. It was a tough break for a player who missed an extensive amount of time through injury in 2016.

The Red Bulls (9-8-2) have now won four of their last six matches. The momentum of the team is undeniable across all competitions. The Earthquakes (7-7-5) have now lost two straight matches and travel to Seattle this weekend.

Sacha Kljestan took the reigns and turned in a his best performance of the year.

All of the Earthquakes players must search themselves to figure out a lifeless performance on the road.