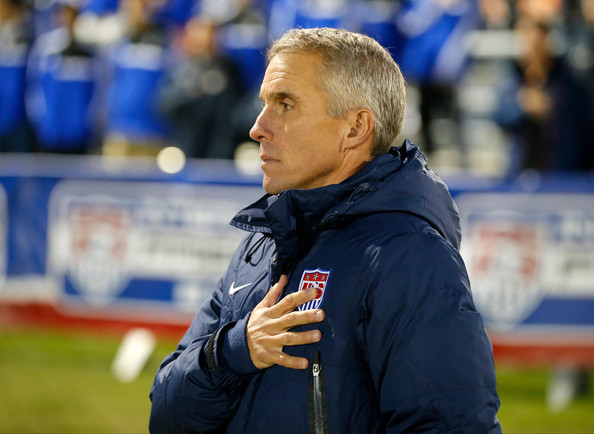 There are two sides to every story. Richie Williams’ residency recruitment of Jonathan Gonzalez is no different.

Williams went on Sirius XM on Tuesday to refute ESPN’s story that he had given Gonzalez and his family an ultimatum when trying to get the player to join the U.S. Soccer residency program a few years ago. Williams stated that he had reached out to the family in an effort to recruit the then-14-year-old Gonzalez, who recently chose to represent Mexico at the international level, but never offered a take-it-or-leave it deal with a 10-minute deadline.

“Obviously, that’s absolutely not true. We would never pressure a player to join residency,” Williams, the former U.S. Under-17 head coach, told Sirius XM. “There’s plenty of players that turn down residency, and we understand that at the young age of 14- and 15-years old it’s not for everyone.”

Williams added that emails were sent to all players in December 2013, and that he got a response from Gonzalez’s mother within two days stating that the teenager was in Mexico on vacation and would not return until mid-January.

“We need a response in terms of these players coming to residency sooner than that, because schooling is involved with that,” said Williams. “Both sides, parents and us, and even the players themselves, recognize that it is important to make sure they don’t miss school.”

Williams said he later spoke to Gonzalez’s father and that the two had a “very good conversation” with regards to the player’s immediate future. Ultimately, the young Gonzalez chose to join Monterrey’s academy instead of U.S. Soccer’s.

“He let me know that Jonathan was at Monterrey actually, not on vacation, but he was over there playing some matches with them because they were trying to decide whether Jonathan would attend a residency program in Monterrey,” said Williams. “He wanted some extra time [to decide] at first, to which we said no problem. Jonathan was going to play in some games in Monterrey, and then they’d make a decision. I said no problem and we spoke three or four days later. They said he played in those games and they felt comfortable with the situation. Monterrey wanted him to attend residency in Monterrey, and that was their decision.

“We were fully supportive of that decision. We already had players in Monterrey residency and we had a very good relationship with them. We said that that was absolutely no problem, that Jonathan was still in our plans and that we would continue to bring Jonathan in with our group, which we did literally four or five weeks later. Jonathan came in to Bradenton for an eight- or nine-day stay to train with us and play in some games. Over the course of the next two years, I think he came in with our group six or seven times, and I think played in eight or 10 international matches with us.”

Despite making those appearances, Gonzalez was not selected by Williams for the U.S.’s Under-17 World Cup squad in 2015. Still, Williams maintained that U.S. Soccer’s relationship with Gonzalez and his family remained positive throughout.

“Jonathan was included in a handful of events and trips with us, played in international games,” said Williams. “Again, any time that has to happen, an email has to be sent out to the club and to the parents notifying them that they’ve been invited to a camp. We never heard anything from Jonathan’s parents at all in a negative way, nothing from Jonathan in a negative way, and for me it was all positive with Jonathan.

“He was a good kid, a good player, and he had a good attitude. We had a good relationship.”