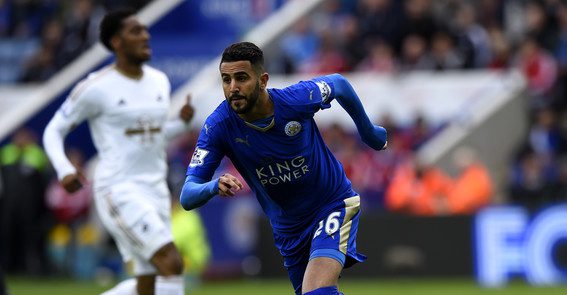 After several weeks of protest, one Premier League star is set to return to his club ahead of a match against the very team that wanted to buy him.

Riyad Mahrez has returned to training with Leicester City ahead of this weekend’s match with Manchester City. (REPORT)

Eden Hazard said “you never know” what can happen in the future following links to Real Madrid, but the Chelsea star insists he’s staying focused on helping his club this season. (REPORT)

Jose Mourinho says he expects Luke Shaw to remain with Manchester United for “many years”. (REPORT)

Henrikh Mkhitaryan says he has “nothing to prove” after leaving Manchester United to join Arsenal. (REPORT)

Northern Ireland boss Michael O’Neill has signed a contract extension that will keep him with the program until 2024. (REPORT)

With the election coming, SBI asks who you would vote for. (READ)

The NWSL is set to support Kathy Carter in the upcoming election. (READ)

Despite links to the Premier League, Christian Pulisic is focused on Borussia Dortmund. (READ)

Timothy Weah and Sergino Dest praised one another after colliding in the UEFA Youth League. (READ)