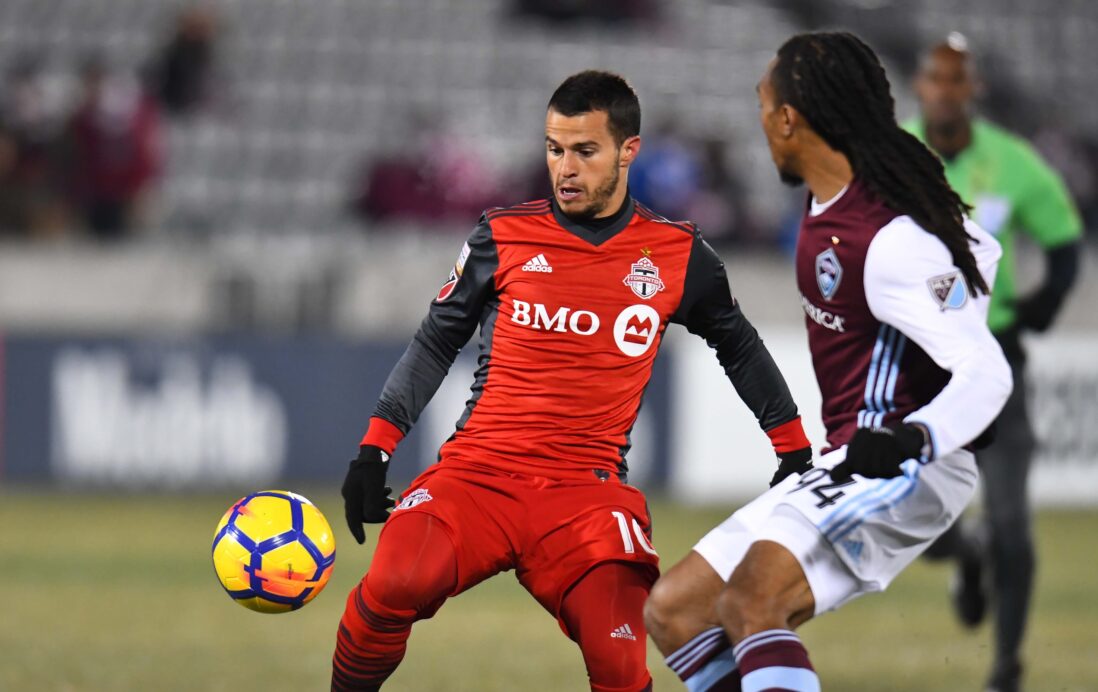 Sebastian Giovinco has been red-hot since arriving to MLS, and not even frigid temperatures and the Colorado Rapids could combine to stop him on Tuesday.

Giovinco scored a goal and assisted on another to lead Toronto FC to a 2-0 road win over the Colorado Rapids in the first leg of their CONCACAF Champions League Round of 16 series. Both of Giovinco’s biggest contributions came in the second half of the match at Dick’s Sporting Goods Park in Commerce City, Colorado, as he set up Jonathan Osorio’s 55th-minute winner before scoring an insurance goal on an impressive volley 18 minutes later.

The win puts the reigning MLS Cup champion in a great position to advance in the CONCACAF tournament. Toronto FC not only has two away goals to its credit, but will also host the decisive fixture in this all-MLS series at BMO Field on Feb. 27.

As is often the case when Toronto FC plays, Sebastian Giovinco shone brightest. Giovinco not only played a key part in both of Toronto’s road goals, but he was busy wreaking havoc on Colorado’s defense from the onset. The Italian veteran looked confident by pulling the trigger repeatedly without hesitation, clipping in multiple dangerous floated passes, and showing off the sweet touch that has made him so successful since moving to MLS in 2015.

The Rapids were always going to be outmatched given the talent gap between the clubs, and the home side needed to be disciplined and focused defensively while opportunistic and clinical in front of goal in order to have any shot of pulling off the upset. Unfortunately for them, Dominique Badji wasted a glorious chance to put his team ahead on a great look in the 27th minute when he found himself 1-on-1 with Alex Bono. Badji made a poor decision on the play, opting to shoot across goal instead of firing the ball to the more open low left corner. Goals change games and series, and Colorado blew its best play, one that could have changed the complexion of this affair.

The only thing as frozen as the air at Dick’s Sporting Goods Park, which was a mere three degrees at kickoff, was Tim Howard on the game’s decisive play. The Rapids goalkeeper failed to show off his trademark reactionary skills on Toronto FC’s winner, as he moved lethargically before watching Osorio’s header fly into the back of the net. The veteran American’s athleticism has understandably waned with age, but he could have and should have put in more of an effort to try and stop Osorio’s effort.