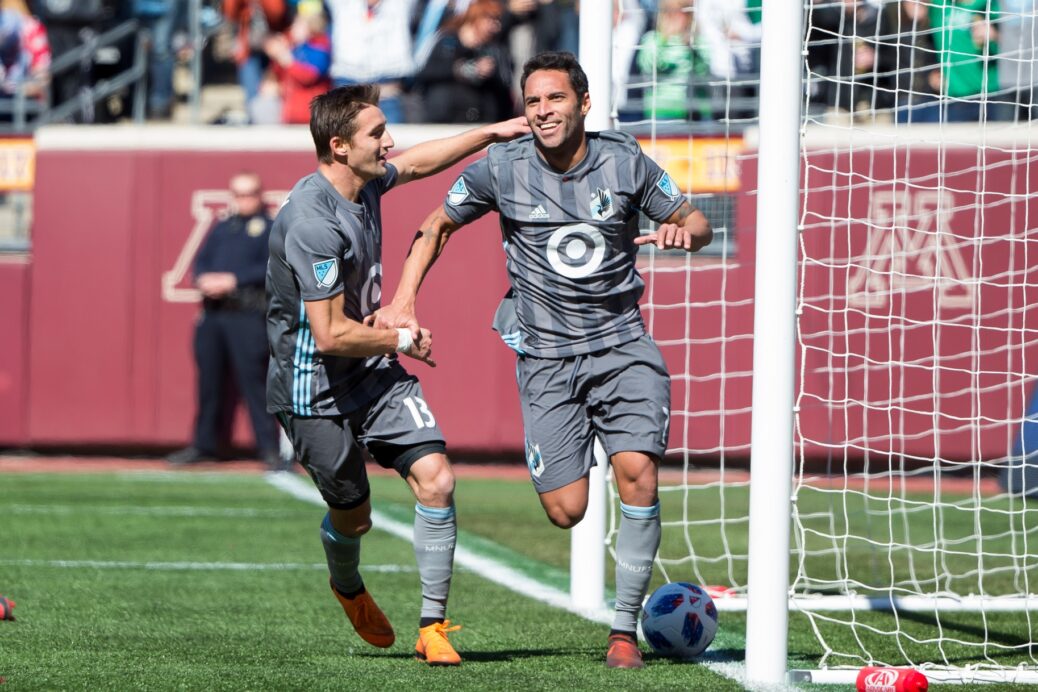 A year ago, Minnesota United opened their home slate by getting blown out in a blizzard. This year, the sun shone on a chilly TCF Bank Stadium and the home side delivered a much better performance.

The Loons made this season’s home opener count as a Sam Nicholson goal in the 66th minute capped off a crazy 11 minutes of action in a 2-1 Loons win.

They had the lone chance of the first half just after the 20 minute mark. Richard Sanchez came out of his box to beat Ethan Finlay to a 50-50 ball near the touchline, but he misplayed the clearance and sprung the midfielder down the wing. He ended up picking out Ibson with a pass, but the shot was well off target.

Ibson would end up finding the first goal early on in the second.

In the 55th minute, he headed a Miguel Ibarra cross, which Sanchez got a palm to, but he was able to follow up his own rebound and bang the ball into the back of the net.

It didn’t take the Fire long to level the score. Just four minutes after the opener, Nemanja Nikolic pounced on a defensive mistake by the Loons. His initial shot was saved, but Elliot Collier was there to knock in the rebound for his first career MLS goal.

However, the match wouldn’t remain tied for very long. Finlay was given plenty of space along the right wing to swing in a cross for a waiting Nicholson, who was left wide open for a simple headed finish for the 66th minute winner.

Nicholson would have another couple of chances before the final whistle while the Fire never truly threatened another equalizer.

Minnesota United don’t get the international window off as they will travel to Harrison for a clash with the New York Red Bulls next Saturday night. The Fire will rest up after this second straight defeat and will host the Portland Timbers at Toyota Park on March 31.

Ibson was all over the pitch for the Loons. His persistence led tho the first goal of the match, but he also showed off his precision passing throughout the day. He was 80 for 95 on his distribution and helped create a couple solid chances.

The Fire will wonder how their defense fell apart mere moments after equalizing the match as Sam Nicholson’s winner went in with nary a defender within five yards of the winger.

Nemanja Nikolic had a rare off day as he was only able to sort of threaten on one of his three shots. Sure, his midfield struggled to get him chances, but the Hungarian normally capitalizes on something.