Cordeiro: 2026 World Cup will be ‘lightning rod’ for soccer in U.S. 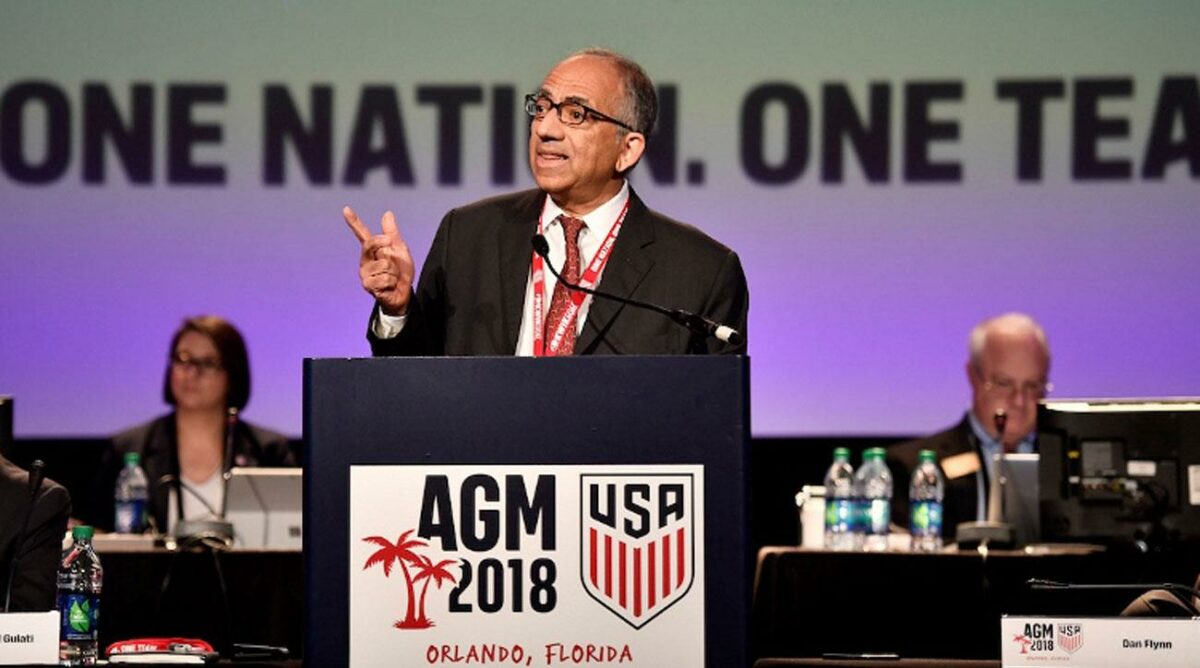 When the U.S., Mexico, and Canada united to form a unified World Cup bid, the hope was that the three North American nations could form a powerful enough group to host a World Cup.

Those hopes became reality on Wednesday and it will come to North America in 2026.

The North American bid defeated its only challenger, Morocco, by a vote of 134-65 on Wednesday, winning hosting rights for the 2026 World Cup. Wednesday’s victory brings the tournament to North American soil for the first time since 1994 while also marking the first tri-hosted World Cup tournament.

“We believe this event will become a lightning rod,” U.S. Soccer president Carlos Cordeiro said. “It will become transformational for the sport as kids who are 8-10-12 years old can now dream of playing for a national team.

“We always had a very clear pathway to victory. We had that for some time. That triggered a strategy: how do we get there?”

That pathway was an arduous one for all of those involved with the united bid. It involved heavy travel and plenty of diplomacy as Cordeiro was one of several leaders jetsetting all over the world to drum up support.

The first step, Cordeiro says, was consolidating support in the Western Hemisphere and nailing down CONCACAF. That step was completed with the bid receiving votes from each CONCACAF member nation. Next up was South America with nine out of 10 of CONMEBOL’s member nations throwing their support behind the unified bid.

After building that momentum, Cordeiro and co. looked towards Asia, understanding that Africa was generally going to be lost to Morocco’s localized bid. By and large, the unified bid one over Asia and Oceania, receiving 36 of the 48 votes. Even Europe, previously pegged as a major battle ground, voted in the bid’s favor with 41 of the 53 votes.

In getting there, the bid overcame several hurdles. Morocco’s proximity to Europe and support in Africa threatened to make the race much closer than it ended up being, as did widespread concerns with the U.S. government’s policies on welcoming in travelers for the big event.

Cordeiro says that all three national governments were extremely helpful to the cause, with the U.S. government combining in a “bipartisan effort” to help push the bid forward.

“We were very, very grateful for the strong support of the bid from all three national governments,” Cordeiro said. “If you stop and appreciate, for a second, just the vast number of assurances and guarantees that we had to get from all three governments working together, that is a massive undertaking, for one nation let alone three nations. If there was any complexity here, it was three nations working together that raised the difficulty of getting stuff done.

“FIFA would never have awarded us this mandate today or given us the score we got, which were the highest scores, we wouldn’t have achieved that if not for the fact that we got exactly what we needed from all of our governments.”

The bidding process is now over and the road to 2026 now begins. Now that the bid has been secured, the focus will now turn towards logistics. As things stand, there are a number of details to iron out, including how FIFA will decide to handle qualifying with three potential automatic bids.

When the day comes, though, it will be a moment that the bid’s leadership committee sees as a vital one for soccer in their three countries.

“This is a great day for soccer, for football, a great day for North America. We have to appreciate that, for the first time in 32 years, we will have the privilege, the pleasure the honor to host a FIFA World Cup for men,” Cordeiro said.” It goes without saying that we’re very, very humbled by that. When we got together some years ago, to come together as a team, I think we all recognized that we are stronger as a team. No one country here, even including my own, could have done it by themselves.

“We see this is a great celebration of football and it’s something that we’re looking forward to. “