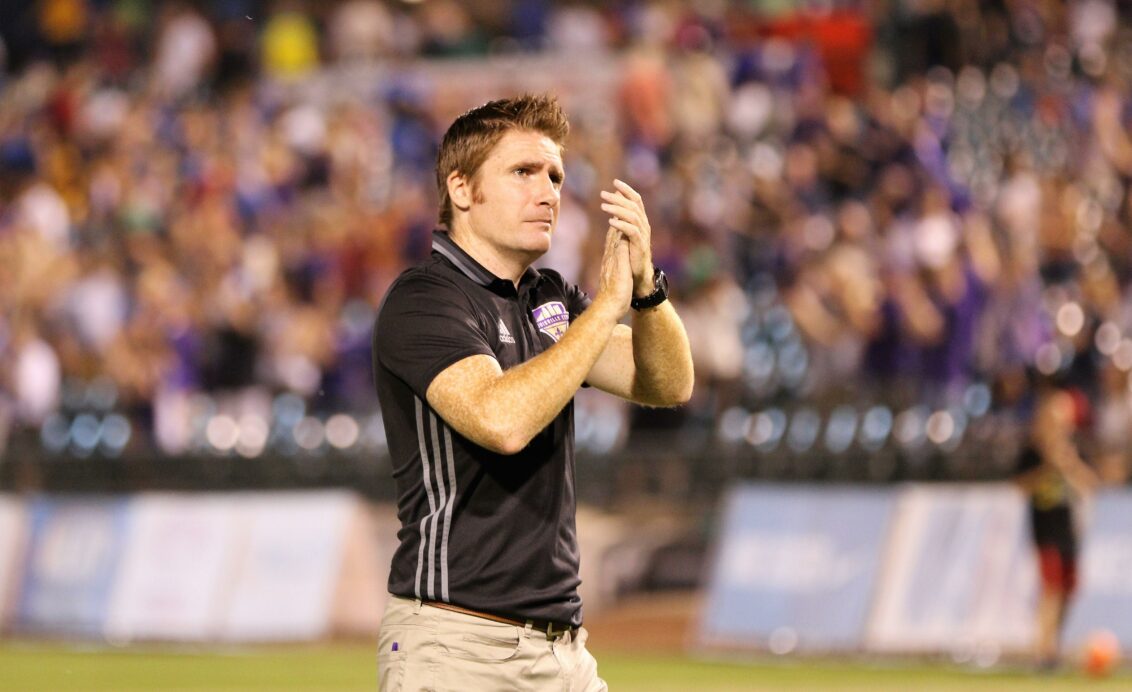 Orlando City has found their man to replace Jason Kreis as head coach.

O’Connor will coach Louisville on Saturday before taking over with the MLS club in Orlando ahead of their July 7th clash with LAFC. Interim head coach Bobby Murphy will lead the Lions in their match Saturday at Atlanta United before handing the reigns over to O’Connor.

“James was our top target going into the coaching search. He has proven himself a consistent winner as both a player and coach at the USL level, and now is extremely eager to prove himself in MLS,” Lions general manager Niki Budalic said. “James is very aware of the winning culture we have built in Orlando and what it will take to uphold that tradition in both the short and long-term. We couldn’t be more excited for him to get started.”

O’Connor has been with Louisville City since the 2015 season and led them to the Eastern Conference Final in his first two years on the job. 2017 saw O’Connor lead Louisville to a USL Cup Championship and a second-place finish in the USL Coach of the Year vote. Overall, he has a 56-21-27 record with the club.

“While we are obviously disappointed to see Coach O’Connor go, we are confident in the short and long-term success of Louisville City FC in our city,” said club chairman John Neace. “No one in the USL is doing what we’re doing – building a state-of-the-art dedicated soccer stadium, turning out hundreds of fans on the hottest day of the year for a groundbreaking, and winning against MLS opponents in the US Open Cup. We are looking forward to continuing the growth of this club.”

O’Connor played for Orlando City during their USL days and served as player-coach in their last two seasons before joining MLS. He then made the move to Louisville, who served as the club’s USL affiliate at the time. A native of Ireland, O’Connor played for nearly a decade with then English Premier League side Stoke City, before also seeing time with West Bromwich Albion, Burnley, and Sheffield Wednesday.