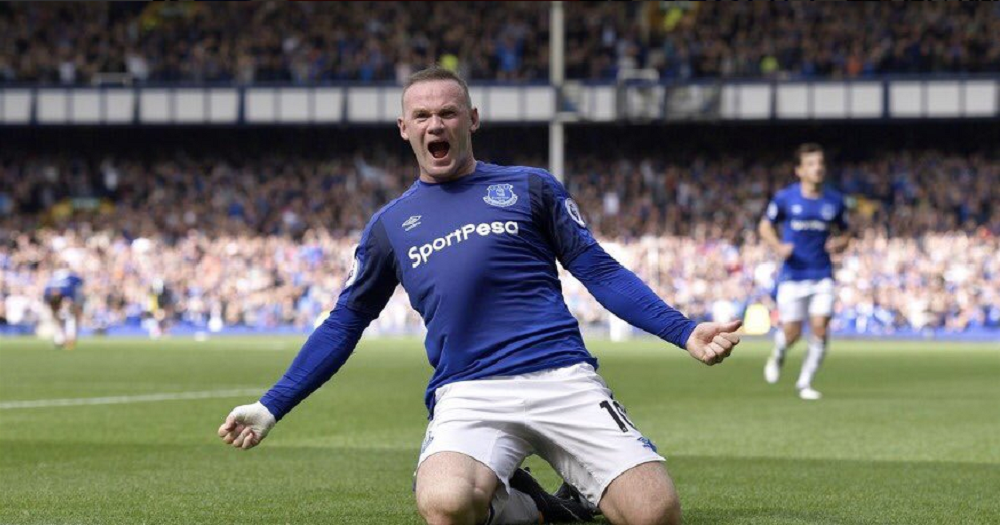 He will join the club when the secondary transfer window opens up on July 10, which puts him in black and red just in time for the opening of Audi Field on July 14.

From a marketing and public relations perspective, the timing couldn’t be better. D.C. United have long been near the bottom of the league in terms of attendance, and adding an international name like Rooney right as their long-awaited soccer-specific stadium opens is sure to put some butts in seats in the short term.

However, on the field, Rooney won’t squeeze in as seamlessly as D.C. United would like. He’s an attacking midfielder/forward whose legs are deteriorating at an alarming rate. He was only moderately productive at Everton last season, with ten goals in 31 total Premier League appearances, and it isn’t entirely clear where D.C. will put him in its lineup.

Regardless of where D.C. shoves Rooney in, he’s going to bump someone out of position in an attack that already operates at a less than ideal efficiency.

The first option is to play him as a center forward at the top of the 4-1-4-1 formation D.C. United has used in ten of its 12 MLS games. This puts Rooney in his natural position where he scored 183 goals with Manchester United.

The trouble with this approach is that it bumps Darren Mattocks out of the starting 11. Mattocks leads the team with seven goals and has arguably been the team’s best player so far this season. Rooney may be better than the 27-year-old Jamaica international, but it’s hard to imagine D.C. United wanting to bench their most productive attacking player.

Option two involves keeping the same formation and playing Rooney in the central midfield. This isn’t a terrible idea, since Rooney is versatile enough to play just about anywhere on the field, but it does mean one of the other central midfielders has to drop off.

Does D.C. really want to bump out Paul Arriola or Luciano Acosta to make room for the aging legend? I doubt it, so that means Christopher Durkin drops out of the holding midfield role, forcing one of those two to pop in to replace him.

With all due respect to both Acosta and Arriola, both are better served in more forward roles. Dropping one of them back to the defensive midfield not only takes their best talents away from them, but it also weakens the shield for the back line and could lead to a few more goals getting by Steve Clark.

Rooney slots into the No. 10 position with relative ease in this formation. He is able to feed Mattocks with passes up front as well as place dangerous shots on his own. He will be flanked by Yamil Asad, who has five goals playing in a wide midfield role this season. Moving him into a more attacking wing position should increase his production as well. On the other side will be Zoltan Stieber, who’s played alright so far, but should get more chances with a talent like Rooney out there.

There is still the problem of the central midfield and shielding the back line. Acosta and Arriola are still back there, but not in a true deep lying role. They will still have defensive responsibilities, but having the pair take care of them should solidify things while still allowing them to get forward and aid the attack when needed.

It’s going to take time to integrate Rooney into the squad, for sure, and he won’t be ready for a full 90 minutes in the Audi Field opener. A cameo off the bench is probably the most he’s up for after not appearing in a competitive game since Everton’s season ended in May.

However, when he is ready to get in the game full-time, D.C. United will have to make a few sacrifices on an already inefficient attacking setup in order to get Rooney in there as best they can.