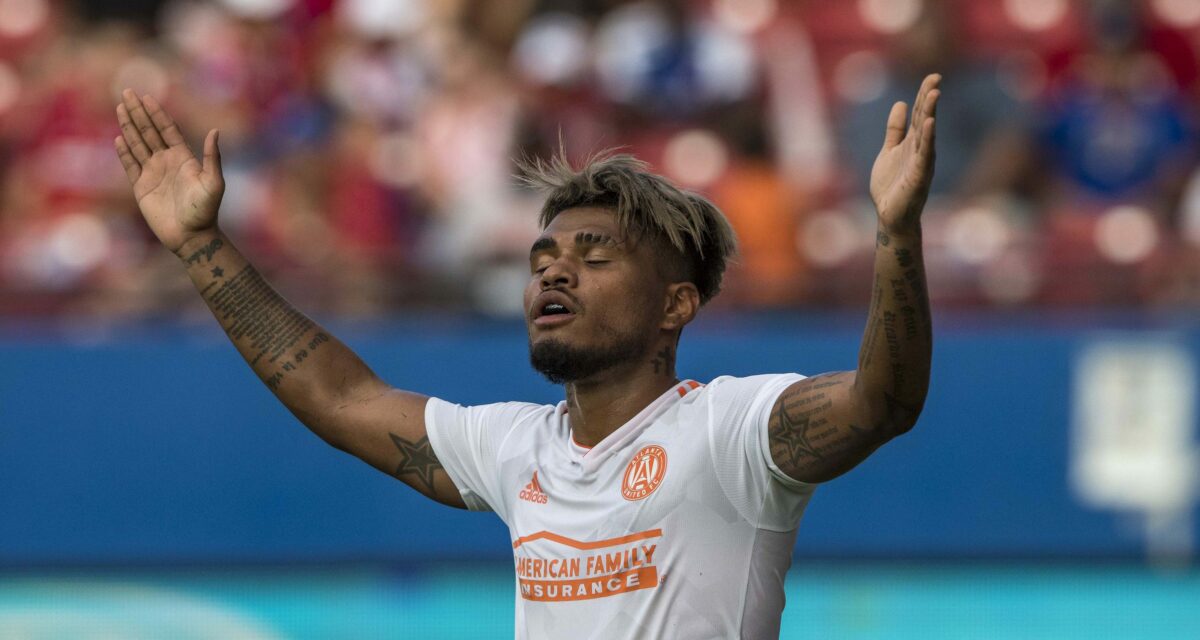 The Atlanta United forward scored his 27th goal of the season in the 31st minute of Sunday’s Eastern Conference clash with the Columbus Crew, tying the MLS single-season goals record.

The Venezuelan joins Roy Lassiter, Chris Wondolowski and Bradley Wright-Phillips as players who have reached the mark, and he’ll have plenty of time to break the record, which has stood since Lassiter first set it in 1996.

Martinez received a pass from Julian Gressel, who intercepted the ball at midfield to spur the move forward.

There it is! @JosefMartinez17 ties the record for most goals scored in a single MLS season. #ATLvCLB https://t.co/BQmGbjuEcG

Martinez has nine games remaining and the second half against the Crew to break the record and set a new high mark for scoring in MLS.