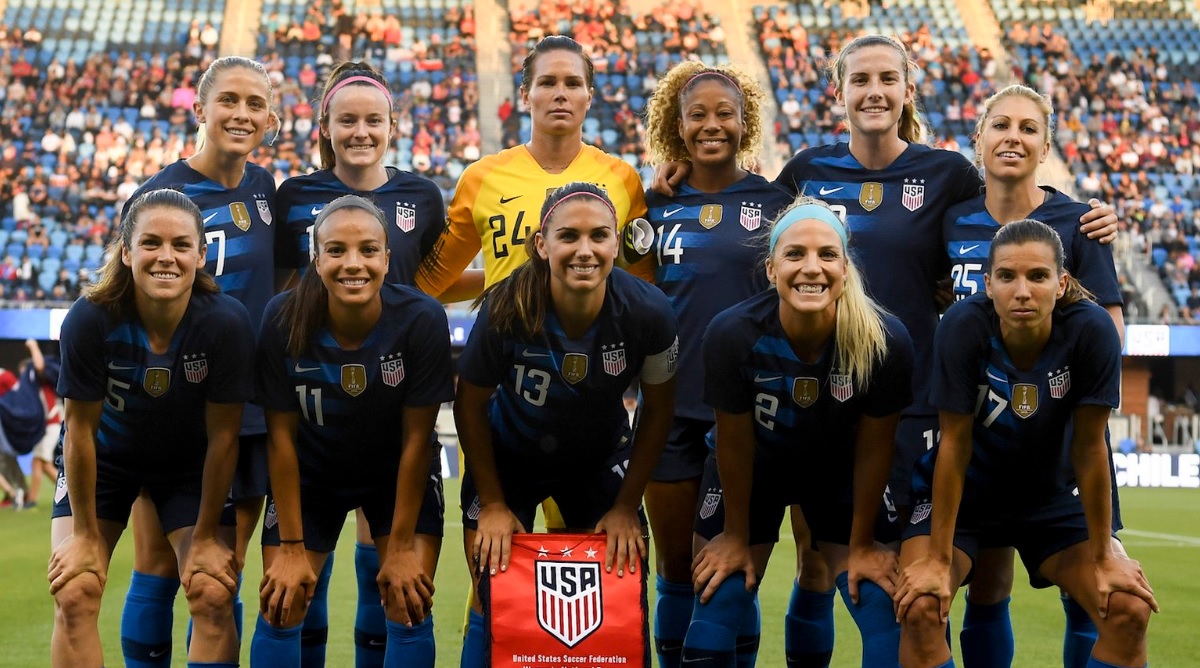 With a long slate of friendlies and regional tournaments having come to an end, the U.S. women’s national team has its largest task in more than two years, as the Concacaf Women’s Championship starts in little more than two weeks’ time.

Naturally, the USWNT will attempt to once again prove that they are the best team in the region, but the focus will be on getting out of the group stage and winning the subsequent semifinal match that books a spot at next year’s World Cup. The reigning North American champions and their opponents, though, will travel with only 20 players as opposed to the usual 23 of the World Cup, per Concacaf rules.

Head coach Jill Ellis has already given some clues as to who might make the final cut with an obligatory 35 player preliminary roster. That said, the roster is full of the usual names and most of the recent call-ups, though it does make the larger player pool a bit clearer.

One player who will certainly be missing, though, is McCall Zerboni, whose season came to an end after she picked up an elbow injury in the team’s second friendly against Chile. Tierna Davidson’s status is also unknown, as she missed Stanford’s match over the weekend after being on the wrong side of a hard tackle the week earlier.

With that in mind, this month’s projections will be based on the preliminary roster and will reflect the smaller roster size for the eight-team tournament.

(Changes from August are in bold; new additions are in bold italics.)

Outlook: A shorter roster means one less goalkeeper, making this position particularly easy to figure out. Naeher will likely start all of the USWNT’s matches, while Harris will serve as the backup, as she usually does. Adrianna Franch may have had a shot, but without a cap to her name, her inclusion on this occasion seems unlikely.

Outlook: There’s likely room for just about all of the USWNT’s main options in defense despite the roster limitations. Davidson’s injury while playing for Stanford, though, might keep her out of the tournament, and might give a shot to UCLA’s Hailie Mace to add depth at center back.

Outlook: Zerboni’s absence means that several of the more established players are more likely than not to make the roster, while possibly affording Ellis to bring another defender. While many of the names above come as little surprise, Ellis will still have to decide between Allie Long and Morgan Brian, two players who add to the many options at central midfield, but are more likely to get minutes as a backup to Ertz. At the time being, Long may have the edge, but it’s still too close to call.

Outlook: Ellis has relied heavily on this group of five players in attack since Heath’s return from injury, and considering many of them boast versatility, this is likely the group that will make the roster. With Dunn and Lloyd likely to be on the team as well, Ellis will have plenty of options despite the roster constraints.

Are there any players that are surprisingly included or excluded? Leave your thoughts below.