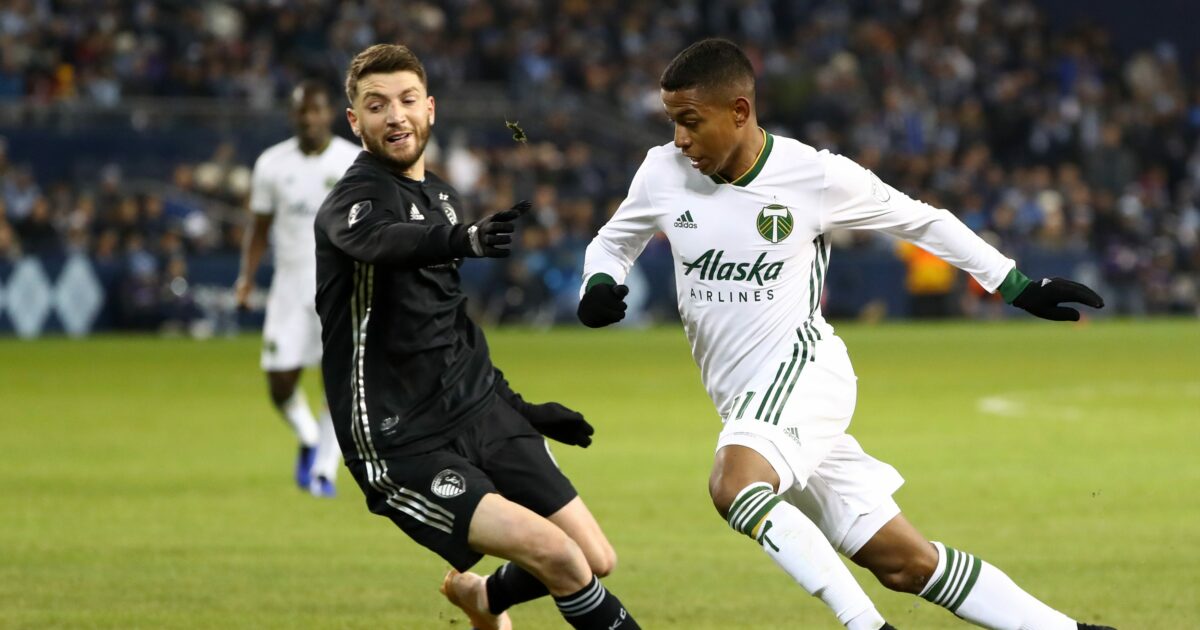 The Portland Timbers are returning to MLS Cup for the second time in their history.

After a scoreless draw in the first leg, they earned a 3-2 victory over Sporting Kansas City in the second leg of the Western Conference Final thanks to two goals from Diego Valeri and a long range stunner from Sebastian Blanco.

Sporting KC started the game hot on the attack, looking to press and strike first to set the tone of the game. They dominated in possession throughout the first 20 minutes, until Daniel Salloi finally broke through for the home side.

The play began with Johnny Russell making his signature run down the right side of the field. Portland tried to clear the ball, but a poorly hit clearance left the ball for Diego Rubio just to the right of the net. Rubio sent the ball across the face of the goal to Salloi for the easy tap in.

SKC nearly doubled their lead just four minutes later as Daniel Salloi headed the ball into the back of the net off a corner kick, but the assistant referee called Ike Opara, who blocked Jeff Attinella’s view of the shot, just offside.

The best Portland could do for the remainder of the half was hold off Sporting KC’s constant attack and earn one real chance on goal that fizzled into nothing.

It didn’t take long for Portland to turn things around in the second half, though. In the 52nd minute, seemingly out of nowhere, Blanco fired a laser into the back of the net from about 35 yards out to level the score at 1-1.

Nearly ten minutes later, Valeri put Portland up 2-1 when he headed a ball into the back of the net after Tim Melia swiped an Any Polo shot away.

Now needing to score two unanswered goals to go through to MLS Cup, Sporting KC began throwing numbers forward in the attack to make up ground.

SKC gained a bit of hope back in the 81st minute when Gerso Fernandes found a loose ball at his feet near the penalty spot and fired one past Jeff Attinella to even the score at 2-2.

Sporting KC continued to press throughout the remainder of the game and nine minutes of stoppage time, but ultimately despite a number of chances they were unable to break through.

Diego Valeri iced the game in stoppage time with his second goal of the game to give Portland the 3-2 victory.

The Portland Timbers will travel to face Atlanta United in the MLS Cup Final on Saturday, December 8.

Diego Valeri has been the key man for Portland for years, and tonight proved no different. His two goals proved to be the ultimate difference in the match.

Blanco’s 35 yard stunner was simply world class. He saw space and had a line to goal, and he made the most of it in what became the decisive goal that sent Portland through to the MLS Cup Final.

Tim Melia let in two uncharacteristic goals early in the second half. The Blanco golazo was well struck, but Melia acted late in his attempted block. He wasn’t able to get a solid punch on Andy Polo’s shot ten minutes later, which gave Diego Valeri the open shot on goal.