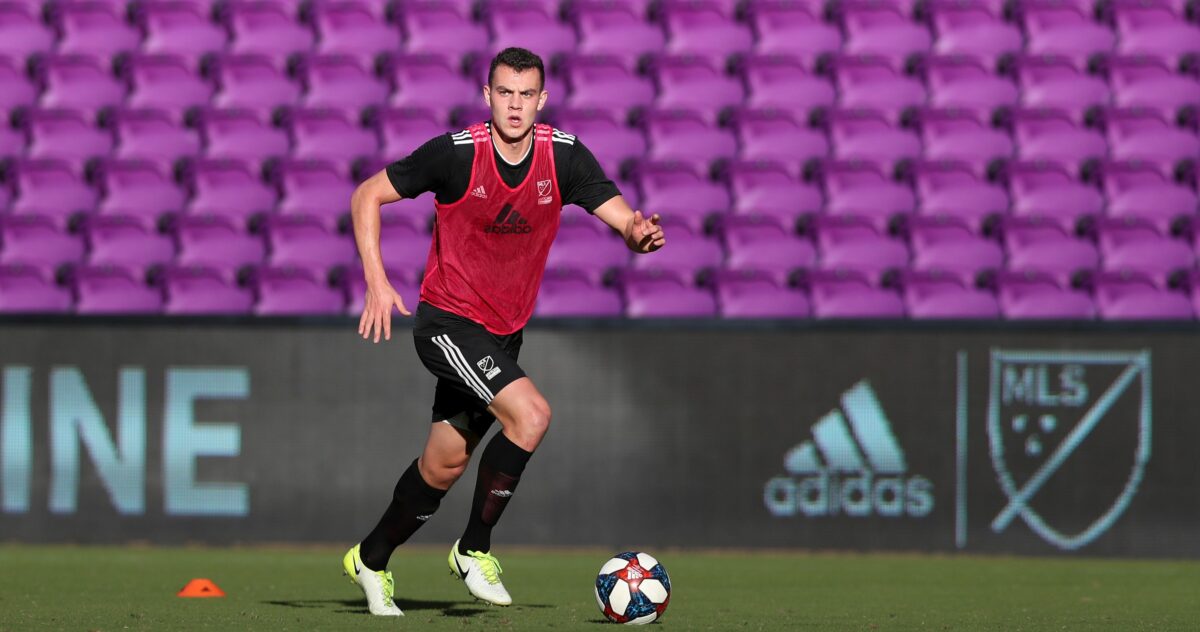 Callum Montgomery never made a provincial team growing up, nor was he ever invited to play with the Vancouver Whitecaps, yet he is one of the top prospects in Friday’s MLS SuperDraft.

Rather than rolling over and allowing these things to get in the way of his goals, Callum decided to work harder.

“I never really let that get me down. I kind of just used it as motivation and put it in my back pocket,” Montgomery told SBI. “I think it really pushed me forward.”

Montgomery’s attitude allowed him to have a successful four-year collegiate career with UNC Charlotte and even earned him a place in Canada’s U-23 player pool ahead of the upcoming Olympics.

“I’m a part of the U-23 pool for the upcoming Olympics and that was a pretty cool moment for me,” Montgomery said. “It is something I’ve wanted for a long time. I’m sure any youth player wants to represent their country so it’s definitely a huge thing that I’d love to do and I’m really excited for the opportunity to show that in the upcoming months.”

Montgomery has not always been a part of the backline. He was a holding midfielder prior to moving to the UNC Charlotte 49ers in 2015. That position switch didn’t stop him from becoming one of college soccer’s top defenders in the 2019 season.

“I think it helped me a lot,” Montgomery said regarding his time as a midfielder. “Being in the midfield you have to have that vision knowing where everyone is around you. I think it has really helped me as far as my passing goes. I think I see the field quite well, I know my outlets, I have good range with my left foot, I have a nice range of passing.”

While Montgomery possesses the traits of a ball-playing center back, he is also not afraid to make a hard tackle. The Conference USA Defensive Player of the Year compared his style of play to Juventus’ Giorgio Chiellini.

“Chiellini is probably the first that comes to mind,” Montgomery said when asked to compare his game to a global star. “His passion for defending is breathtaking. For him, a big blocked shot is just as good as scoring a goal. I think the art of defending is kind of going away today so I just love the passion that he has.”

“More domestically I think somebody like Chad Marshall I try to watch a lot of. Although he may be not the most athletic center back, he is so smart. He is always in the right place at the right time so I think he’s been a cool one. Plus, I went to Seattle this summer and trained so that was a cool experience just to play against him and see it firsthand.”

A center back who can play the ball with his feet confidently, and still have a defense-first mindset is not easy to come across. Montgomery enjoys getting clean sheets, he enjoys getting stuck in, and he enjoys picking the right pass.

“I don’t shy away from tackles, I want to get stuck in. I want to block shots, I take a lot of pride in getting shutouts,” Montgomery mentioned before establishing his admirance of Chiellini’s game. “I think that is my priority and that’s why I like watching Chiellini because I share the passion for defending.”

The MAC Hermann Trophy semifinalist helped keep 13 clean sheets in his final collegiate campaign. Montgomery was also a vital piece in a team that went over 1,000 minutes without conceding a goal at Transamerica Park, the 49ers’ home field.

Callum Montgomery is projected to go fourth overall in Friday’s draft according to the SBI 2019 MLS Mock Draft with FC Dallas taking the most pro-ready defender in the draft class.