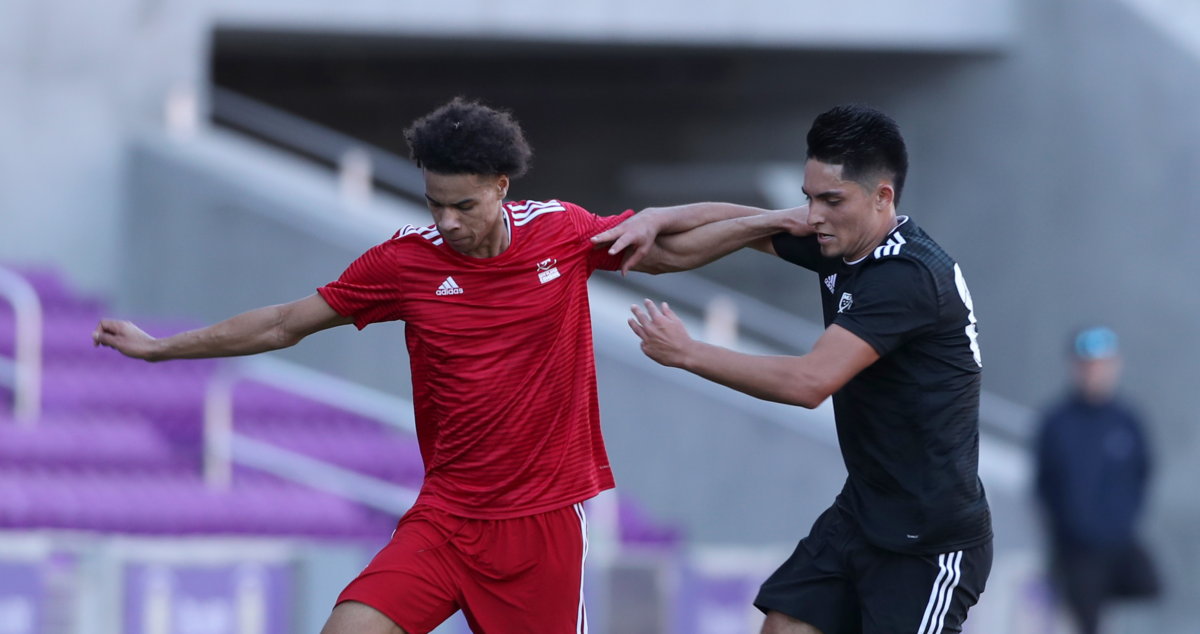 The 2019 MLS Draft is fast approaching, and with the first two days of MLS Combine action in the books, the field is starting to come into focus.

FC Cincinnati is on the clock, and while the expansion team looks set to make the first draft selection in team history, it is a safe bet Cincinnati will listen to inquiries about the top spot, especially in a draft when there is no consensus top player.

The MLS Combine hasn’t seen any one player emerge as a must-have prospect, but several of the more highly-rated players enjoyed good days on Monday’s during the Combine’s team training sessions and small-sided games. The Generation adidas class enjoyed a particularly strong showing after a mixed bag in Saturday’s opening matches.

Here is the latest SBI MLS Big Board, which dropped on Sunday night. U.S. Under-20 defender Manny Perez and Akron striker David Egbo have left out of the Big Board, with sources telling SBI that MLS is likely to stand pat with its current seven Generation adidas signings.

That development, along with the news that the top Canadian prospects in the draft have all received domestic player status in MLS, meaning they won’t count as international players, has seen Tajon Buchanan, Dayne St. Clair, Callum Montgomery, Kamal Miller and Alex Comsia all receive a boost to their draft value.

With all that in mind, here is the latest SBI MLS Mock Draft:

The expansion side could go with Kentucky striker J.J. Williams to groom as a long-term replacement for Fanendo Adi, but instead take the super quick Buchanan, who has the qualities to develop into a difference-making winger.

A top defender like Callum Montgomery could be tempting, as could a striker like Santiago Patino, but head coach Matias Almeyda will like what he sees from Amaya, a U.S. Under-20 central midfielder who was outstanding against Mexico in the Concacaf Championship final. Amaya could be hurt by not participating in the first two days of the MLS Combine (he is with the U.S. Under-20s) but he is expected to play in the Combine’s final day, on Wednesday.

The allure of taking former Orlando City academy product Santiago Patino could leave the Lions considering taking him here, but it will be very tough to pass on the potential Williams possesses as a young target striker.

It will be tough to pass on the most pro-ready defender in the draft, someone who could start as a rookie in central defense. Montgomery is a well-rounded defender and should be the first senior off the board.

The Fire have serious need for fullbacks, and there are some good ones on the board, but with there still being the possibility that they sign Andrew Gutman and Matt Polster to deals, the Fire can select the player several teams see having the most upside of all the draft’s prospects.

Few players, if any, have boosted their draft stock more than Jones, who is the best athlete in the draft, but has also shown at the combine that he has the soccer skills to go with the freakish athleticism. Several teams love Jones’ game-changing speed, and we could see a team trade up to try and snag the Michigan State winger.

Adrian Heath has drafted his fill of strikers through the years, but winger is a position of need and while he may not be the traditional speedy winger, Haji is a unique talent who could bring some much-needed poise to the Loons midfield.

The Dynamo have a need for fullback depth, and can go either way between Logan Gdula and John Nelson, who could be groomed as DaMarcus Beasley’s eventual replacement (when Beasley retires in five years). Gdula fills a more immediate need though, and has the physical qualities to potentially earn minutes in year one.

Brad Friedel will be overjoyed if Nelson slides to this pick, because the Revs could very well be a team that considered moving up to ensure selecting the Generation adidas signing, a player who played for Friedel during Friedel’s time as a U.S. youth national team coach. Edgar Castillo’s arrival means Nelson doesn’t have to play right away, but he has the qualities to become a top MLS left back.

After grabbing a top defender earlier, Dallas goes for a talented striker in Patino, who has boosted his stock at the MLS Combine.

If the Revs can walk away with two promising young American Generation adidas players, it will be a good day for Brad Friedel. The Revs could also grab a good right back in Akeem Ward.

Taking a defender might seem like the right move considering the Galaxy’s defensive woes in 2018, but they already have 2017 number two overall pick Tomas Hilliard-Arce on the books, as well as some other fullback options in the pipeline. Guillermo Barros Schelotto will appreciate the impressive technical quality Rivas brings to midfield, and while he won’t need to play right away, Rivas could eventually thrive with the Galaxy.

Ward went into the MLS Combine as the top fullback, but some others have edged past him, allowing him to slip to a Union team that can use a right back after trading Keegan Rosenberry.

Ben Olsen’s side needs some depth in central defense and Boateng has the size and power to develop into a viable starting option in time. He also holds a green card, making him a valuable center back prospect.

The Brazilian-born forward’s international status hurts him in draft value, but the Rapids know him better than anybody, and will be pleasantly surprised to see him slide this far after entering the MLS Combine week ready to trade up to try and snag the Denver striker and Hermann Award finalist.

LAFC boasts a solid roster, but adding another central defender would make sense, even if Walker Zimmerman re-signs. Hauser-Ramsey is the kind of disciplined and athletic defender Bob Bradley could mold into a solid pro.

RSL’s lack of true forward options is well known, and adding a target striker like Sierakowski could give Mike Petke some options, though the Michigan State striker will need some time to develop.

Caleb Porter preaches possession and Dunwell could develop into a good back-up for Wil Trapp and Artur as a tidy defensive midfielder who can thrive on a team that keeps the ball.

NYCFC needs some center back depth, and while Wouter Verstraaten is a more skilled option, his international status makes him a no-go for NYCFC. Miller could be a good fit in Dome Torrent’s system, though Alex Comsia could also make sense as a pick.

The Sounders’ trend of quickly securing green cards for their players means having some flexibility with international players, and adding Verstraaten gives them a talented central defender who would go higher if he were a domestic player.

It isn’t easy finding good left back options and Gasper has bolstered his stock with a strong combine. He’s a tenacious defender, which Peter Vermes will love.

After letting go of Aurelien Collin and losing promising youngster Hassan Ndam, the Red Bulls grab the physically-imposing Figbe, a top-level defender who needs work on his passing, but who has the temperament to fit in well with the Red Bulls’ system.

The Timbers can use some centerback depth, even with the club likely to hit the international market for one when they inevitably part ways with Liam Ridgewell. Comsia is a leader and good passer, and his domestic status has pushed him into first-round range, and he could even crack the top 20.

What do you give the team that has it all? A skilled attacking player who might require some time due to his Air Force commitments. Bone has been stellar at the MLS Combine, showing off his passing touch and mobility, making him a great candidate to fit in well with the champions.